Mapping the life of your dreams. 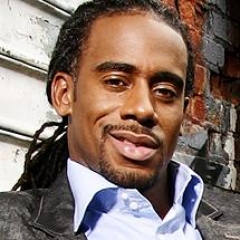 Far too often, I hear someone say, “It didn’t happen, so it wasn’t meant to be.” Sometimes that may be true, but sometimes it didn’t happen because we didn’t do everything we could have done. We didn’t strategize correctly.

My friend, Dana, had graduated from a well-respected college, and then taught English to high school students in Spain. She loved speaking Spanish daily, almost as much as she enjoyed teaching her kids. But this was a temporary post and she found herself back in the States, trying to figure out what she wanted to do next. One of the first opportunities that presented itself was a finance company, New York Life, so she accepted the job offer and started doing what you do when you’re working for New York Life. She began to talk to all of the people she knew about whether they needed life insurance or death benefits, or some other financial service. She had the personality and drive for the business, so Dana was able to get a decent amount of business, but not the kind of business that was going to sustain her as a financial professional.

After Dana had been doing this for about a year, we were having lunch and it was obvious to me that she was stressed about how to keep the business moving. I asked her what she was doing and why she was trying to convince herself and the world that she wanted to be in the financial service industry. I was confused. She needed to be doing something related to Spanish, because that’s what she loved. If she couldn’t find a Spanish-speaking position, she should at least be working with young people. I didn’t understand how Dana landed in this prison of obligation, doing what everyone expected her to do instead of what she wanted to do. She had no exit strategy to get out of this place. I knew that her personal best was not selling insurance. Her personal best was in changing people’s lives. What was going on?

Dana agreed with my observations. She also admitted that she had no idea how to reach her professional goals. Then we began to work through the process and develop a map for her journey. Finally, Dana identified the things she’d like to do:

I prompted, “What do you need to do for each of these? What qualifications do you need that you don’t have?” If Dana decided to teach, she could begin as a substitute teacher, but eventually would have to be certified. For the development program, she already has the qualifications needed. The Foreign Service required an application and a test. Together, we mapped out the potential skills that Dana would need for each area and talked about the potential next steps.

Dana began to take action. She interviewed for some positions. She contacted people in embassies to find out what other positions related to Foreign Service were available. She really began to follow the first few phases of this journey map that we created.

As a result, Dana is now teaching math at a Maryland public high school. She passed her certification test and developed her own nonprofit organization to engage and empower young people. She was ecstatic. Dana created her map, started to follow a strategic plan, and less than six months later she was already walking in the areas she wanted to be in. Today, she is experiencing a level of fulfillment she never imagined possible.

Moreover, Dana not only began thinking about where she wanted to be professionally, but also where she wanted to be personally. In addition to the changes she made in her career, Dana changed her spiritual life. She also began a different exercise routine. In addition to mapping how she was going to get to her new career goals in education, her journey map also caused her to consider such questions as: How do I find space for me to think about my road map more regularly? Dana chose prayer and meditation. She also explored how she could rejuvenate her body through yoga.

Creating her journey map was really a holistic process for Dana, and the map laid out each of those pieces. The fulfillment that Dana is experiencing right now is not just the result of her new job. It’s also because she has greater peace of mind through meditation and prayer. She feels better physically because of exercise and modified eating habits, and is doing something on a daily basis that promotes and encourages a natural synergy in her life. All of these interconnected activities allow her to love what she’s doing every day. Now, she’s nurturing growth in every aspect of her life.