The strength of surrender. 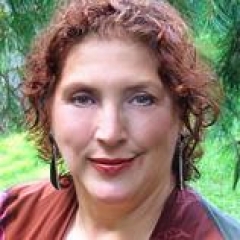 Early in my life, long before I took up vulnerability as a subject, I erected my own barriers against it. I started building them during my preteen years living with a father who seemed to hate me. I appreciate now that he himself was highly vulnerable, having emigrated as a lonely young man with one piece of luggage to America, but, at the time, all I experienced was his sarcasm and his coldness. I was his oldest son, but he appeared to be utterly uninterested in anything I said or did, and his only expression of emotion was the slam of a door somewhere in the house, announcing that he wanted to be left alone. My mother and brothers and I all got the message: we were not to seek him out or ask anything of him. It made supper time, the one time we were all usually in the room together, a slow torture of silences and dirty looks.

I don’t remember making any clear decision to turn myself into someone who was detached. I just started acting that way, complete with an aloof facial expression. I was going to solve the dilemma of being hurt by ceasing to be vulnerable at all. Ironically, with no awareness on my part, I had come up with a way of protecting myself through a pose of indifference that was very much like the way my father treated me.

I relied on this protection through high school and college. I had friends, and I generally got along with people, but I retreated to detachment and indifference when someone or something touched a vulnerable nerve. If someone said something critical about me, for example, I escaped the pain by deciding I didn’t care about him. When others got upset about an incident, I made sure to demonstrate with my comments that it wasn’t affecting me.

Then I married Bonney, and she wouldn’t let me be that way. Each time I struck my pose of detached indifference toward her, she openly cried, and my pose began to weaken. I didn’t transform overnight into a compassionate, loving husband, but at least I was showing some emotion, even if at first it took the form of anger or distress at her crying. And when we had children, that was it—my bad plan of protection fell apart. When my daughter cut her finger, I felt the cut go viscerally through my whole body. When my son was picked on, I planned to kill the bully who was scaring him. When I myself was ill or hurt, it troubled me most that it caused my family trouble. My wife and my children had wrecked my sad little plan to go through life without being vulnerable.

I had hoped to live a detached life, but I didn’t succeed, and I was glad. Each time I felt the force of vulnerability and allowed myself to stay with it instead of escaping into detachment, I felt more human, more soulful, more real. I was beginning to see that vulnerability was a conduit to a better life. Over time my resolve was challenged—when my parents died; when the rest of my older relatives died, leaving me the oldest surviving member of the family; when my good friend died at 49 of a brain aneurysm; when my son’s childhood friend overdosed on heroin at 16; when a dear friend’s daughter died of a virulent infection at 22 and left behind a 1-year-old child; and so many other losses—and I remember feeling seduced by my old plan of trying not to care. But fortunately for me, the conduit of vulnerability stayed open, and the losses made the world feel both more painful and more precious at the same time.

Prior to private practice, Bonney worked in medical-surgical, inpatient psychiatric, and substance-abuse treatment settings, and taught in the graduate holistic nursing program at the College of New Rochelle. Continue reading