Manifesting a Man - How Witchcraft Can Lead To True Love

Manifesting a Man - How Witchcraft Can Lead To True Love

A Little Ritual Can Lead To A Lot Of Romance 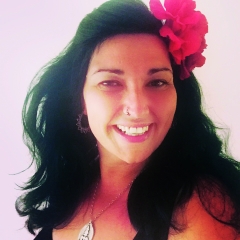 Every word we speak is a spell.

‘Abracadabra’ is said by some to be Hebrew for ‘I create what I speak.’ (Not speaking Hebrew myself, I cannot confirm or deny this; but it would be kind of great if it was true, wouldn’t it?) What I DO know is that I’ve pretty much been a manifesting maven for as long as I can remember – I just didn’t know that’s what it was called. 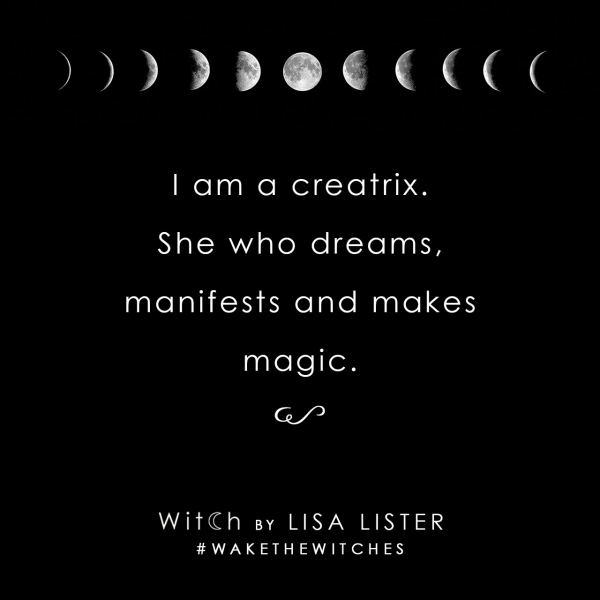 My first manifesting experience was when I was seven and on holiday at Butlins (a super-retro holiday camp here in the UK). I was about to take part in a donkey race, and I wanted to win that race more than ANYTHING IN THE WORLD.

So of course, I tried it again. In fact, for the rest of that holiday, it didn’t matter what I focused on – fizzy pop, the DJ playing my favourite song without me having to ask, a lion keyring I wanted – if I believed in it hard enough, it actually happened.

Of course, since then, I’ve turned pro.

For example, I get told all the time: ‘Lisa, your husband is amazing! Where can I meet one like him?’ Or sometimes: ‘Does Rich have a brother? He’s so lovely!’

You want the truth? I manifested him.

Yep, I manifested a man.

It sounds like a feature straight out of Cosmopolitan magazine, right?

And yes, I’ve heard people mock the power of manifestation because books like The Secret make it sound like a cosmic shopping list, where you put in your order and wait for everything you ever desired to be delivered to you.

But for me, manifestation is my most favourite magic.

You see, a few years before Manifesting A Man (and I’m totally trademarking that!), I created a super-simple Make It Happen spell.

I’d used that spell to score a contract for a book I’d pitched. It had helped me to freelance for magazines I loved without having to work in an office. I’d even used it to write a figure of money I wanted to make, and then made that money.

So I decided to modify the spell to Manifest A Man.

I lit a candle, whispered some magic words to SHE and got specific. I wanted to find love. The kind of love you only read about. 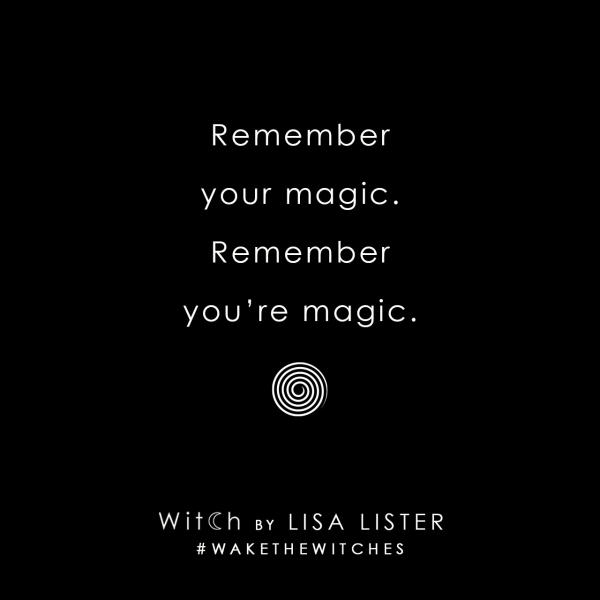 Hair colour wasn’t important to me, but the fact that he’d support me in my creative dreams was. The clothes he wore didn’t concern me, but I wanted a man, not a boy – someone who had the ability to love and be loved in return. (Yes, I’d watched Moulin Rouge. It’s one of my top five favourite movies EVER.)

I wrote ALL of it down in a love letter to SHE.

Then I made a mojo bag: a little magic bag that I could wear discreetly around my neck for the moon cycle ahead. I filled it with a small rose quartz crystal, a small piece of paper with my wish to find love written on it, various love-inducing herbs and the love potion scent that I’d created at Beltane.

I placed the list under my pillow, and carried the mojo bag with me every single day.

Then I got to work practically. Every morning in meditation, I’d visualize this man and the things that we’d do together. I asked friends to set me up on dates; and despite my initial trepidation about online dating, I even joined a few dating websites.

I made a few connections online, none of which rocked my world.

I went on a blind date set up by a friend, which was a complete disaster. (He was French and it was Lost in Translation. NOT the movie. It was really ALL lost in translation.)

Then, exactly one moon phase later, at the next new moon, I had a message in my inbox from a man describing himself as an honourable, courageous 6ft 6in Viking. He was masculinity personified. I tried to play it cool (which lasted approximately five minutes), and I replied.

What happened next was most definitely the stuff of the Hallmark movie channel.

We spent two whole weeks exchanging emails. It felt romantic and decadent, and my heart did double-thumps each time I found a new message from him in my inbox. Other men messaged me too, but I wasn’t interested. I knew that this Viking was the one.

When we eventually did meet, under a full moon, he was everything I’d imagined.

Our first kiss was on a beach at dusk, and he told me he loved me on our third date. Then, six months later, we moved in together.

I make no apology for how much love and affection that man and I show each other. He has every quality I outlined on my list, and I’m thankful every day that we exist on the same celestial plane and get to do this lifetime together. Because, seriously, he’s the most amazing man I could ever have wished to meet.

Wait, I DID wish to meet him. That’s the point. 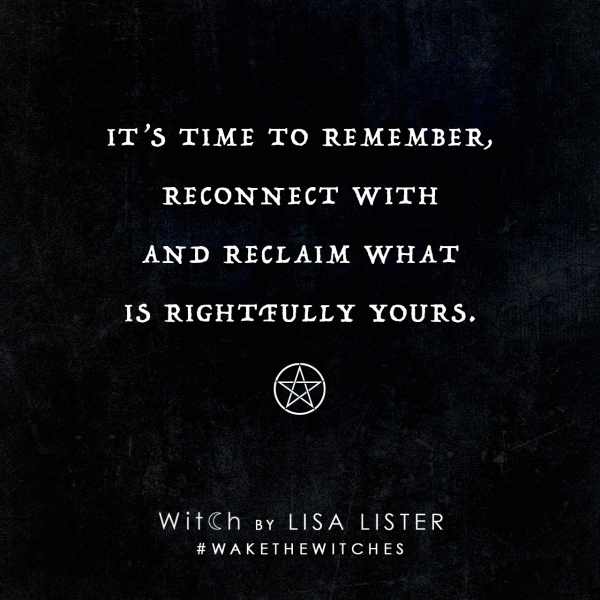 What Is a Spell?

A spell is simply a prayer in action. It’s an active way of manifesting.

A spell can be as simple as sitting somewhere in nature, wishing something and sending your desire out into the universe (or in my case, to SHE). Or it can be more complex, like my Manifest a Man spell, which was worked over a moon cycle and involved a long list of magical ingredients: herbs, incense, essential oils, coloured candles, ribbons, a rhyme or written invocation and the blessing of particular deities.

The complex ones can get a little more complicated and involve some preparation. You’ll need to choose the appropriate day for the outcome you want, the ingredients – either intuitively or by their properties – and the tools.

Then, you need to put more preparation into writing your own words for what you want to manifest, and picking clothes in colours that feel appropriate and essential oils that match the properties you need to attract or dispel. Perhaps you can even pull a tarot or oracle card to help guide you.

These sorts of spells usually happen inside a cast circle, with deities and elements/directions called in before the magic flows. And don’t forget to thank the deity and spirit that you called in and then close the circle when you’re done either, okay? 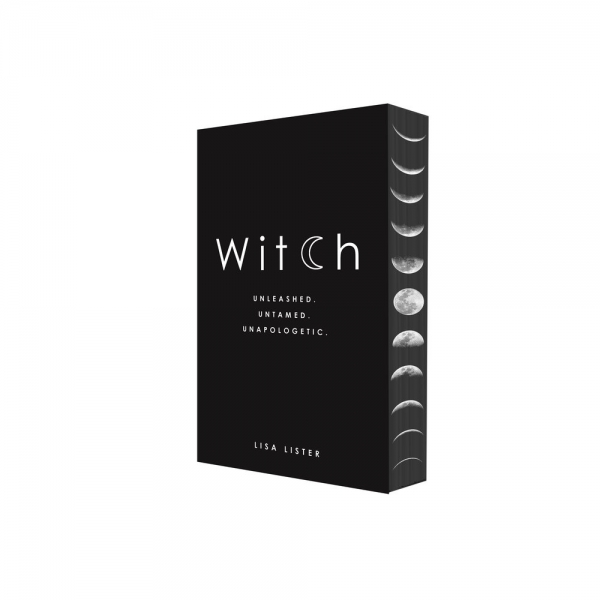 Lisa Lister is a writer and a menstrual, fertility and reproductive health practitioner. She is the founder of the SHE Flow system, which invites women to celebrate the fiercely feminine, sensual pleasure of being a woman through movement, ma Continue reading