Marianne Williamson Reminds Us To Forgive And Forget

Marianne Williamson Reminds Us To Forgive And Forget

My friend Gina went through a terrible divorce, giving her plenty of opportunity to choose between forgiveness and blame. After 11 years of what she had thought was a good marriage—what anyone who’d ever seen them together assumed was a great marriage—her husband wanted out. I’ve never seen a relationship that was all one person’s issues, so I’m making no judgment here on either person’s behavior. But I can say from having walked alongside her that her path was the path of forgiveness . . . and it paid off.

Did she go through a year of hell? Yes, she did. But her consistent efforts to bless and forgive her ex-husband—a man whom she refused to cast out of her heart, although he seemed to have cast her out of his—was not only inspiring to witness, but demonstrative of the way that forgiveness works miracles. She continued to lay claim to the love between them, regardless of the fact that the form of the relationship was being torn apart. She was hurt, but not bitter. She continued to have faith. He could leave the marriage, but she would not give up on the love between them. And within 18 months, they’d swung full circle. They were no longer married, but the friendship survived. 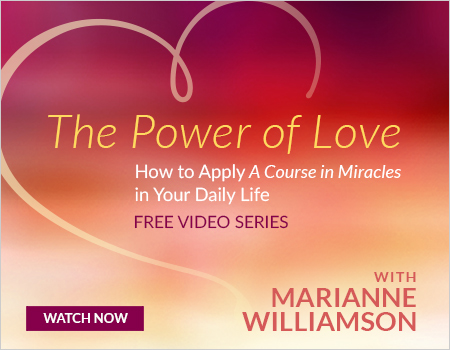 That was important for Gina, not just so she could be at peace with her past marriage but so she could be at peace with any man she met afterward. If bitterness in our past is brought into the present, it then sabotages our future. Even in the midst of her divorce, my daughter and I would joke that Gina was a man magnet. And we could understand why. Allowing herself to feel her pain without defending against it, she grew suppler instead of tougher. She didn’t harden at the loss of love, the way some people do. I watched her mature, but I never saw her harden. And love kept rushing in. 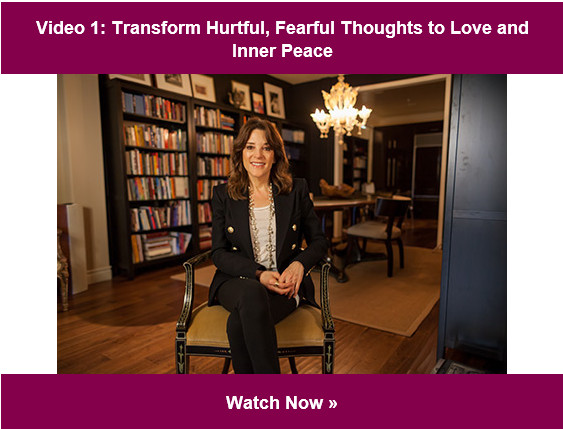 You can live the rest of your life reacting to and replaying what went before, but that won’t serve you or deliver you to the shining place. And everyone you meet will subconsciously know how you’ve responded to your past. They will know whether you’re stuck there or better for having been there. “Forgive and forget” is not mere platitude. Many say, “Yes, I do forgive, but I will never forget.” Beware that sentiment, for it leaves you subtly in the thrall of suffering. Do forget what was done to you; just remember the lessons you learned from it. Drop the cross. Embrace the sky.