From city boy to mountain man. 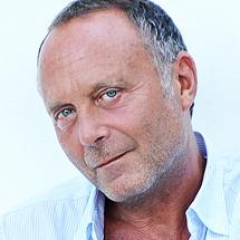 Although I was born in London, England, in 1954, I always felt geographically and existentially displaced. From my earliest memories, I could never understand why I hadn’t been born in America. I grew up on a diet of The Long Ranger and 77 Sunset Strip, and pretty much any movie Hollywood sent over the Atlantic. I developed an early penchant for cheeseburgers and fries, and cried my young heart out the day JFK was assassinated.

In my teens, the initial burst of the Beatles, the Rolling Stones, Pink Floyd, and Led Zeppelin filled my ears. But when all that simmered down, I got hooked on American country and country-rock music: Guy Clark; Jerry Jeff Walker; Michael Murphy (with whom I became friends); Nitty Gritty Dirt Band; and even the Dillards, whose album Tribute to the American Duck with its single “What’s Time to a Hog?” still reminds me not to take life and the passage of time too seriously.

In my late teens, I headed over to New York and then to L.A., fell in love in Mill Valley, California, and ran back to London. But every day I yearned to return to the United States. The trip had only made my feeling of displacement more intense.

After I felt I’d learned all I could in London, I went back to America. This time it was to the Southwest, following a powerful inner pull to live with the Native Americans. I’d always identified more with Tonto than the Lone Ranger, and I found myself living in New Mexico for four years. There I underwent a radical personal transformation from an English city boy to an honorary New Mexican mountain man.

When Spirit finally bade me to move back to London to share the fruits of my experience in the American Southwest, I followed the directive with a sense of supreme grief. I cried for three days and nights as if leaving the love of my life.

I call myself a supercharged Taoist because for more than 35 years I’ve been training in Taoist martial arts, chi gung, and meditation. Just as it promised in the instruction leaflets, these practices have generated an accumulation of supercharged energy that courses through me and everything I do. This makes my life exciting, endlessly varied, and full of adventure. Using the ancient Taoist wu-wei manifesting methods—focusing on being, not doing, and intending things into existence rather than trying to force them—I’m able to create reality as I wish it to be almost instantaneously. I say this humbly. Also, by letting the Taoist philosophy underscore everything I think, do, and say, I’ve learned to be flexible in my thinking. Flexibility lets me enjoy all aspects of the ride to the fullest, whether in an up phase or a down one. I feel blessed by all this and want to share my good fortune.

I’ve always had a desire to share the wonder of the Tao with others. That’s been my motivation for as long as I can remember. I have an enthusiasm for it, a childlike exuberance that carries me through life in a way that uplifts and cheers me. I’ve found that over the years my exuberance has helped others feel exuberant, too.

I grew up with a natural mystical tendency. I learned aikido at 11, became a hippie at 13, was drawn to Eastern-flavored philosophy, and got into yoga and tai chi in my late teens. In my early 20s I studied what I can only describe as life wisdom and consciousness with British psychiatrist R.D. Laing. When I lived in New Mexico in my mid-to-late 20s, I studied acupuncture, Chinese medicine, Taoism, and shamanism; and taught tai chi. In 1983, I started a healing practice in London, taught workshops, and participated in experimental music events.

In 1989, I started calling myself The Barefoot Doctor and inadvertently became a brand and someone with a profile as well, doing my level best to remain a regular person—or perhaps I should say an irregular one. Because although I have met real characters in my time and have hung out with mavericks of the highest order, eccentrics of the nuttiest variety, artists of the greatest originality, and masters (and mistresses) of the most supreme wisdom and enlightenment, I’ve rarely met anyone with a life as varied, bizarre, and unlikely—and as far as I’m concerned—as fulfilling and fun as my own.

Barefoot Doctor is famous for soulfully evolving and lovingly presenting the supremely powerful, ancient Taoist personal development and reality-manifestation process in a pure, simple and efficacious form for anyone caught in the modern madness of e Continue reading

A Salute to Veterans

In Mosul and Kirkuk and Fallujah, in Forward Opera

Do You Make A Difference?

The Magic of Beans

Beans, beans, the magical fruit, the more you eat,

We live in a culture that holds tantalizing promis

Editor's Note: Becky Walsh, the author of You Do K