Your Thoughts Can Make You Well

In 1952 a young British physician made a mistake. It was a mistake that was to bring short-lived scientific glory to Dr. Albert Mason. Mason tried to treat a fifteen-year-old boy’s warts using hypnosis. Mason and other doctors had successfully used hypnosis to get rid of warts, but this was an especially tough case. The boy’s leathery skin looked more like an elephant’s hide than a human’s, except for his chest, which had normal skin. 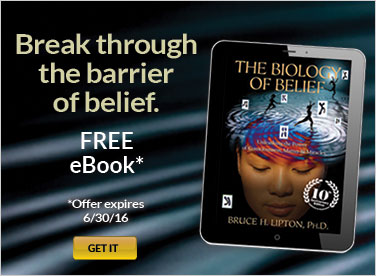 Get my book, The Biology of Belief for FREE here for a limited time

Mason’s first hypnosis session focused on one arm. When the boy was in a hypnotic trance, Mason told him that the skin on that arm would heal and turn into healthy, pink skin.

When the boy came back a week later, Mason was gratified to see that the arm looked healthy. But when Mason brought the boy to the referring surgeon, who had unsuccessfully tried to help the boy with skin grafts, he learned that he had made a medical error. The surgeon’s eyes were wide with astonishment when he saw the boy’s arm. It was then that he told Mason that the boy was suffering, not from warts, but from a lethal genetic disease called congenital ichthyosis.

By reversing the symptoms using “only” the power of the mind, Mason and the boy had accomplished what had until that time been considered impossible. Mason continued the hypnosis sessions, with the stunning result that most of the boy’s skin came to look like the healthy, pink arm after the first hypnosis session. The boy, who had been mercilessly teased in school because of his grotesque-looking skin, went on to lead a normal life. 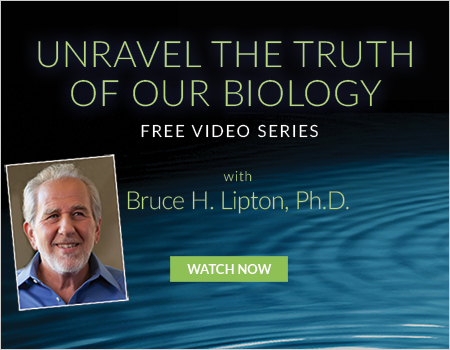 My FREE video series uncovers much more about epigenetics, watch it HERE

When Mason wrote about his startling treatment for ichthyosis in the British Medical Journal in 1952, his article created a sensation. (Mason 1952) Mason was touted in the media and became a magnet for patients suffering from the rare, lethal disease that no one before had ever cured. But hypnosis was in the end not a cure-all. Mason tried it on a number of other ichthyosis patients, but he was never able to replicate the results he had had with the young boy. Mason attributes his failure to his own belief about the treatment. When Mason treated the new patients he couldn’t replicate his cocky attitude as a young physician thinking he was treating a bad case of warts. After that first patient, Mason was fully aware that he was treating what everyone in the medical establishment knew to be a congenital, “incurable” disease. Mason tried to pretend that he was upbeat about the prognosis, but he told the Discovery Health Channel, “I was acting.” (Discovery Health Channel 2003)

How is it possible that the mind can override genetic programming as it did in the case above? And how could Mason’s belief about that treatment affect its outcome? The New Biology suggests some answers to those questions. We have seen that matter and energy are entangled. The logical corollary is that the mind (energy) and body (matter) are similarly bound, though Western medicine has tried valiantly to separate them for hundreds of years.

In the seventeenth century, René Descartes dismissed the idea that the mind influences the physical character of the body. Descartes’ notion was that the physical body was made out of matter and the mind was made out of an unidentified but clearly immaterial substance. Because he couldn’t identify the nature of the mind, Descartes left behind an irresolvable philosophical conundrum: since only matter can affect matter, how can an immaterial mind be “connected” to a material body? The nonphysical mind envisioned by Descartes was popularly defined as the “Ghost in the Machine” by Gilbert Ryle sixty years ago in his book The Concept of Mind. (Ryle 1949) Traditional biomedicine, whose science is based on a Newtonian matter-only universe, embraced Descartes’ separation of mind and body. Medically speaking, it would be far easier to fix a mechanical body without having to deal with its meddling “ghost.”

The reality of a quantum universe reconnects what Descartes took apart. Yes, the mind (energy) arises from the physical body, just as Descartes thought. However, our new understanding of the universe’s mechanics shows us how the physical body can be affected by the immaterial mind. Thoughts, the mind’s energy, directly influence how the physical brain controls the body’s physiology. Thought “energy” can activate or inhibit the cell’s function-producing proteins via the mechanics of constructive and destructive interference.

Despite the discoveries of quantum physics, the mind-body split in Western medicine still prevails. Scientists have been trained to dismiss cases like the boy above who used his mind to heal a genetically “mandated” disease, as quirky anomalies. I believe, on the contrary, that scientists should embrace the study of these anomalies. Buried in exceptional cases are the roots of a more powerful understanding of the nature of life—“more powerful” because the principles behind these exceptions trump established “truths.”