Can you really heal yourself? 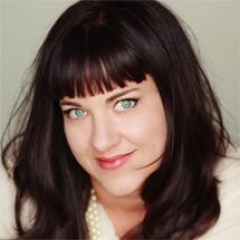 What if I told you that caring for your body is the least important part of your health . . . that for you to be truly vital, other factors are more important? What if the key to health isn’t just eating a nutritious diet, exercising daily, maintaining a healthy weight, getting eight hours of sleep, taking your vitamins, balancing your hormones, or seeing your doctor for regular checkups?

Certainly, these are all important, even critical, factors to optimizing your health. But what if something else is even more important?

What if you have the power to heal your body just by changing how your mind thinks and feels?

I know it sounds radical, especially coming from a doctor. Trust me, I was just as skeptical when I first discovered the scientific research suggesting that this might be true. Surely, I thought, the health of the human body isn’t as simple as thinking ourselves well or worrying ourselves sick.

A few years ago, after 12 years of conventional medical education and 8 years of clinical practice, I had been thoroughly indoctrinated into the dogmatic principles of evidence-based medicine, which I worshipped like the Bible. I refused to trust anything I couldn’t prove with a randomized, controlled clinical trial. Plus, having been raised by my father, a very conventional physician who made fun of anything “New Age,” I was as hard-nosed, closed-minded, and cynical as they come.

The medicine I had been trained to practice didn’t support the idea that you can think yourself well or make yourself sick with the power of your thoughts and emotions. Sure, my medical-school professors diagnosed some illnesses that lacked biochemical explanations as “all in the patient’s head,” but those patients were promptly and quietly referred to psychiatrists, while eyes were rolled and heads were shook.

It’s no wonder the notion that the mind might have the power to heal the body would be threatening to many mainstream doctors. After all, we spend a decade learning the tools that supposedly give us mastery over other people’s bodies. We want to believe that the time, money, and energy we’ve put into becoming doctors isn’t wasted. We’re professionally and emotionally invested in the idea that if something breaks down physically, you must seek our expertise. As doctors, we like to believe we know your body better than you do. The whole medical establishment is based on such a notion.

Most people are happy to function within this paradigm. The alternative—that you have more power to heal your own body than you’ve ever imagined—lobs the responsibility for health back into your court, and many people feel like that’s just too much responsibility. It’s much easier to hand over your power and hope someone smarter, wiser, and more experienced can “fix” you.

But what if we’ve got it all wrong? What if, by denying the fact that the body is naturally wired to heal itself and the mind operates this self-healing system, we’re actually sabotaging ourselves?

As physicians, things inevitably happen on our watch that science simply can’t explain. Even the most closed-minded doctors witness patients who get well when, by every scientific rationale, they shouldn’t. When we witness such things, we can’t help questioning everything we hold dear in modern medicine. We start to wonder if there is something more mystical at play.

Doctors don’t usually discuss this possibility in front of patients, but they do whisper about it in the doctors’ lounges of hospitals and inside conference rooms at Ivy League universities. If you’re curious and you pay attention—like I do—you hear stories, stories that blow your mind.

You hear people whispering about the woman whose cancer shrank away to nothingness during radiation. Only afterward did the doctors discover that the radiation machine was busted. She hadn’t actually received one lick of radiation, but she believed she had. So did her doctors.

They talk about the man who had a heart attack who refused heart surgery only to have his “incurably” blocked coronary arteries open up after changing his diet, beginning an exercise program, doing yoga, meditating daily, and attending group therapy sessions.

As I heard these stories, I couldn’t ignore the gnawing voice within me. Surely, these people couldn’t all be liars. But if they weren’t lying, the only explanation was something beyond what I had learned in conventional medicine.

It got me thinking. We know spontaneous, unexplainable remissions sometimes happen. Every doctor has witnessed them. We just shrug our shoulders and go on about our business, usually accompanied by a dull, unnerving sense of dissatisfaction because we can’t explain the remission with logic.

But in the back of my mind, I’ve always pondered whether it’s possible we have any control over this process. If the “impossible” happens to one person, is there anything we can learn from what that person did? Are there similarities among the patients who get “lucky”? Are there ways to optimize the chances of spontaneous remission, especially when effective treatment doesn’t exist in the standard medical toolbox? And what, if anything, can doctors do to facilitate this process?

Lissa Rankin, M.D. is an integrative medicine physician, author, speaker, artist, and founder of the online health and wellness community OwningPink.com. Discouraged by our broken health-care system, Dr. Rankin set out to discover why some patient Continue reading