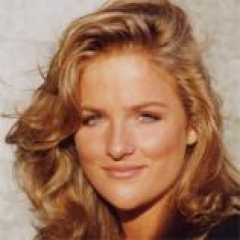 The days following Dad’s death are a blur to me, but the vivid image I do recall is of my mother inching her way down the aisle of the church with my brothers on either side, propping her up. She was crying and her head was bowed, to the point that she looked as though she was going to topple over.

We all sat in the front pew, and as I listened to the priest talk about my father being Catholic and being in heaven, I wondered, Is that where he is? And if so, what is he doing in this world of Spirit, this place that has become such a big part of my world, my work, my life over the last few years? It was a little odd to me that I had been in contact with the energy of the spirit world so often, and now he was there, at home base.

I looked over at my mother, who was crying quietly but looked so beautiful. She always looked beautiful. In my last phone conversation with my father, he had ended it with his usual sign-off: “Take care of your mother.” I had, indeed, tried to take care of her my entire life. It was my job description from the moment I came into this world, and I guess my father knew it, too.

Don’t worry, Dad. I’ll take care of her, I assured him in my mind. I was surprised to hear a follow-up order, a whispered reply, and I wasn’t sure if it was my father or myself talking. The voice said, Take care of yourself, too, Rita.

I soon learned that while my father might have been at peace wherever he was, he had no intention of resting. A few months after he passed, I was in the middle of getting a chakra balancing on my back from Ro-C at her home, and he popped right in. (Though “popped” isn’t really an accurate way to describe how my father entered a room—dead or alive, on Earth or in heaven, he wasn’t the popping type.)

I was lying on Ro-C’s table explaining how I’d twisted my back when I saw her body lurch forward. “Your father’s here!” she announced. “Oh, man, is he ever here. Okay, okay . . . I will, I will. He wants me to tell you something important.”

I gulped and sat up. Okaaaay.

She was quiet for a moment, nodding, as if she was listening to him. “Okay, yes, I got it . . . he wants me to tell you . . . that you were the ‘smart’ one. He’s saying, ‘You were the smartest of all of us. You took a different path than everyone else, and you had the strength to live your life as your true self, without worrying what everyone else thought or if they judged you.’”

“You’re hearing him say this?”

Ro waved her hand and shushed me. “I can’t listen to both of you at the same time,” she scolded.

“Okay. Now . . . he’s saying that he admires you. He’s proud of you. You stuck up for yourself against all odds. Yes, yes, I will tell her word for word. He’s saying, ‘I couldn’t see how wrong I was and how right you were while I was alive because my ego got in the way. But I’m sorry. I’m sorry for not understanding and not seeing it . . .’”

And then, as quickly as he’d arrived into the room, he exited. Ro-C said that she felt a tornado of energy swoosh past her and out the door, like a bull charging out. “He left,” she said.

We looked at each other, speechless.

I laughed; she had no idea. I’m sure he’d be the kind of guy who’d haunt someone until he got a message through. Sure enough, after he saw that he could reach me through Ro-C, Dad started making the rounds of my psychic friends over the next few months—sporadically delivering messages to me and hanging out with the girls. He affectionately called them his “new crew,” and he called them at all hours of the day and night. You might say he was like the Patrick Swayze of the Other Side—he was so charmingly insistent, like Swayze’s Ghost character. And like Whoopi Goldberg’s psychic character, my friends couldn’t resist him.

“Rita, your father woke me up again,” my friend Nancy called late one night, her voice groggy. “He was very sweet. He wanted me to tell you to tell your mother that she was his one true love. And he messed up because he got himself trapped. He said, ‘I see how much I hurt your mother, and I didn’t want to hurt her.’ And then he said something about apple pie and I got confused, but do you get it? He wouldn’t let me go back to sleep until I called and told you. Now, can you tell him to . . . you know . . . back off a little?”

He’d waited his whole life to talk to me, he said, and now that he could do so with nothing in the way—except my mortality and his death, two minor obstacles—he wasn’t going to waste one minute or lose one more opportunity. It was just like my father to have an easier time talking to me in death rather than in life.

Natasha Stoynoff is a New York Times best-selling author with six books to her credit. Most recently, she was a correspondent for People magazine for nearly two decades. Before that, she worked as a news reporter/photographer for Continue reading