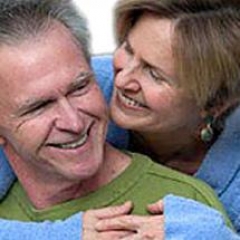 Meet Tenzing Norbu (“Ten” for short), an ex-Buddhist monk who dreamed of becoming a modern-day Sherlock Holmes. So when he was sent to Los Angeles to teach meditation, he joined the LAPD instead. But as the Buddha says, change is inevitable; and ten years later, everything is about to change—big-time—for Ten. One resignation from the police force, two bullet-wounds, three suspicious deaths, and a beautiful woman later, he quickly learns that whenever he breaks his first rule, mayhem follows. Welcome to an excerpt from The First Rule of Ten, the first in a series of books debuting under the new fiction label—Hay House Visions.

I was just sitting down to a cold beer and hot corn soup, at the end of a long week, when my phone rang. I glanced at the number.

Great. Her. My stomach contracted, arming me for whatever barbs my ex-girlfriend Charlotte had in store this time. I tried to breathe a little flex into my gut. Good luck with that.

“Hello?” I said. “Charlotte?” I braced myself for the onslaught.

Then she surprised me.

“Ten? I’m getting married. I thought you’d want to know.”

Charlotte, married. To someone else. A hot streak of jealousy sliced through me, which made no sense at all, considering I was the one who broke things off.

“Tenzing? Aren’t you going to congratulate me? You owe me that, at least.”

And there it was; the familiar “you owe me” card. It loosened up an avalanche of bad memories—the many ways I constantly infuriated her, the times she, in turn, disappointed me. Our last fight bloomed inside my brain like a bad seed. Prompted by her insistence that I had bought the wrong kind of lentil (I hadn’t), the small spat quickly escalated, culminating in me yelling at Charlotte, in one of my finer expressions of loving-kindness, that I’d never liked the way she smelled. Since the day I met her.

She responded by swatting me with a dish towel, a sharp snap to the side of the head.

Honestly? I admired her for it. It woke me up to the hard truth that we were never going to be right in each other’s eyes. And that it didn’t have a thing to do with either of us. Not her. Not me. We were just a couple of warm bodies stepping into old, familiar roles, long established in the past, and sure to run us well into the future if we didn’t do something to change the wiring. Two con artists, conning each other, with the occasional great sex thrown in just to keep us good and confused.

That fight was the last time we saw each other.

I could sense Charlotte’s edginess growing on the other end of the line as she geared up for one last dramatic blowout. The familiar tension bounced back and forth between us, looking for an ally.

My eyes drifted across the room to the big plate glass window framing the far wall. It was dark outside, but beyond that darkness lay the ocean, wide and expansive, mutable yet constant. I felt its spaciousness waiting out there. Just waiting for me to acknowledge it. I took a deep breath.

“Congratulations, Charlotte.” I said. “I wish you both well.”

I hung up gently. Then I just stood there, phone in hand, trying to digest this new chunk of information. I waited. After a moment, my insides shifted. The heaviness inside—that cold iron ball that had hardened around all the times we’d disappointed each other, pissed each other off—actually started to soften, to melt a little. Well, what do you know?

“Hey, Tank,” I called out to my favorite feline, curled up on his cushion. He opened one eye. “Guess what? She-who-hates-cats is getting married.”

Tank’s tail flicked once. He was pleased. So was I. Relief and something bordering on glee flooded through me. Now and forever, there would always be a buffer, somebody else she could blame for everything being wrong with her life, before she got around to blaming me.

I strutted around my house for the rest of the evening, feeling pretty good about my existence on this fine planet.

The next day I got shot.