Looking beyond the logic. 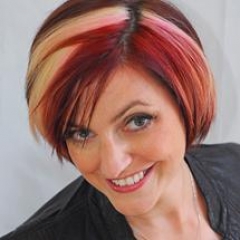 When I think of skeptics, my father immediately comes to mind. It’s hard to accept that he lived with me for almost 20 years and was married to someone whose mother was a well-known psychic even before that, but he still wouldn’t believe in what we were doing. When I started to give readings, Dad would just shake his head and turn away. Years after I’d started to give readings on a professional basis and was working as a full-time psychic medium, my father would still ask me, “When are you going to get a proper job?” My answer to that was, “What is a proper job?” And I left it like that; there was no point in arguing with him.

The first time he attended one of my public readings was in April 2008, and it was because he couldn’t avoid it. We were on a ship in the middle of the ocean, on a cruise with the theme of spiritual connections that Hay House had sponsored. So unless Dad wanted to swim to land, he had to come and see my show.

I never get nervous before going onstage, but with my father in the audience, this time I was. I started my talk by asking if there were any skeptics in the room, and although many looked around, there were no raised hands. I waited and then pointed out my dad, saying, “I know we have at least one skeptic here, and that would be my father!” Everyone was shocked, and Dad just waved graciously, bless him.

The reason I pointed out my father wasn’t because I wanted to embarrass him, but rather to show people that it’s okay to be skeptical, to search for answers and question what you get. I explained to the audience that Dad’s skepticism had been good for me as I was growing up. He’d challenged me when I was first developing my gift, which helped me realize that I had to work to convince other skeptical folks out there. It made me try harder to get accurate information, not just the general information that anyone could pick up. I worked hard to understand people, to empathize with them, and for this, I thank my father for his unshakable views.

My father watched my TV programs and attended many of my live shows before he was convinced that what I did was in fact real. The week of the Hay House cruise, during which he attended every lecture I gave and even participated in some of the group exercises, it was still not enough to persuade him.

Then my grandmother, Dad’s mother, passed in April 2009. On the afternoon after her funeral, we all returned to my parents’ home to have some quiet time. My brother, Christian, and his wife, Claire, were in their room sleeping; Mom was resting in the living room; and Dad was in the bedroom. Suddenly, he got up and called out, “Just a minute, Mom!”

My mother asked my father what was going on. He shook his head and said that he thought he’d heard his mother calling to him as he was drifting off to sleep, and her call woke him up. He then realized what he’d said and tried to take it back: “Oh, it must have been something I heard on the radio.” My parents don’t own a radio, and the TV was off—the house was perfectly quiet. So it seems as though Dad’s mother had come to see him and had connected with him while he was dreaming, which is very common.

To be honest, my father’s skepticism has never really bothered me. It wasn’t until September 2009 that he finally came up to me after a show I did in Wellington, New Zealand, and said, “I believe you.” Well, you could have knocked me down with a feather!

Dad had attended nine shows, watching how people in the audience reacted, and he’d make comments like: “That reading you did . . . the woman wasn’t giving you anything, was she? But you did it. You brought her mother forward, and she was so happy in the end.” So I knew I was making headway. Then when Dad finally made up his own mind about what I did, he embraced it.

Later, my father told me that he was actually afraid of my gift, because there was no logical explanation for it. “You’re my daughter, and I know you don’t lie,” he said. “But I can’t figure it out. I just know you give people hope and comfort, and that is a priceless gift. You’ve done your job.”

Lisa Williams is an internationally acclaimed medium and clairvoyant who has an amazing ability to communicate with loved ones and friends who have passed on to the “other side.”Born in England, Williams was discovered by Merv Griffin and has her own Continue reading