Life hands us gifts and challenges. 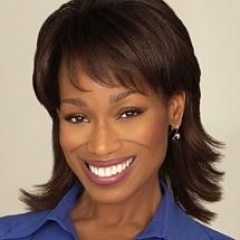 Not long ago, I interviewed Maya Angelou about living a full life in a world that’s been forever changed since the September 11, 2001 terrorist attacks in New York. The renowned poet and best-selling author said that in looking to the future, we must take heart in remembering our resilience in the past. Maya’s statement led me to think seriously about the men and women who have made tremendous strides in the world. I realized that my success wasn’t a whim or random occurrence—it’s been a work in progress. In fact, it started in 1922, when my grandmother, Bianca, a native of the small island of Anguilla in the British West Indies, made her 22-day journey to the United States.

She came with a bagful of dreams stashed away in her homemade cloth suitcase, and the hope of building a future in America. Educated in a one-room schoolhouse on that island, my grandmother had only completed the eighth grade, yet she had an unwavering belief in God, could read and write well, and was trained as a seamstress. This elegant and polished woman also possessed two qualities that I believe many of us need: ingenuity and a tremendous amount of guts. Young Bianca wasn’t reluctant to take chances on the things that she truly believed would better her life. And it would be these opportunities—along with exceptionally hard work, her faith, and her confidence in herself—that would shape our family’s fabric through the generations.

As she worked in the post office at night and did side jobs such as making and selling flowers, she and her husband (my grandfather), Joel, flourished. They saved their money and eventually purchased several apartment buildings. They educated their children, and after their daughter (my aunt) died as a young mother from cancer, they raised her children as well. My grandparents were brave and not afraid to push the envelope.

What chances are you willing to take on your journey? You see, when you’re truly focused and ready to strive for a particular goal, it’s time to think about the sacrifices you’d be willing to make in order to get there. You may be seeking a promotion, trying desperately to lose weight, working hard to recapture the zest in your love life, or seeking spiritual nourishment. Regardless of your goal, you must first establish that you’re willing to make a change, and then you can become proactive about charting your own path.

In the mid-90’s, I definitely knew I was pushing the limit when I took a job as a general assignment reporter in Philadelphia. The job required me to travel about two hours a day (each way) from my home in New Jersey to the office—and that wasn’t factoring in the live-shot locations or stories that would take me to Delaware, various parts of New Jersey, and throughout the state of Pennsylvania. It was a live ten o’clock news show, which meant that I was usually standing in front of a fire, a courthouse, a school, or a murder scene, often filing my story minutes before going on the air.

It may seem crazy to most people that I’d even consider such a rough commute or accept this job when I was a mother with a husband who traveled. But for me, the explanation was easy: I wanted a shot at the network. I even set a timetable as to how long I wanted to stay before moving on to the next level. Yet, as with many things in life, my schedule didn’t exactly pan out as anticipated. I’d hoped to leave in about three and a half years—but it actually took about five years to find a better opportunity.

I can laugh now, but I certainly wasn’t then. During this stint, I covered every kind of natural disaster—blizzards, snowstorms, floods, power outages, you name it—so I always kept a change of clothes in my car. I had rain and snow gear, boots, hats, and gloves, and so on. In fact, I remember that people had become so familiar with my winter coat that they nicknamed it “the green monster.” Yet the value of staying as long as I did was that I was able to use the wealth of these experiences as a stepping-stone, a pit stop that propelled me onto a bigger highway.

This experience gave me a strong work ethic and helped me build my confidence. I knew the job, staff, and territory, and I was clearly ready for, and confident about moving on to the next level.

So weigh the risks and think about the chances you’re willing to take in your journey. That next level could be another position that allows for more responsibility, or it could be a move out of the workplace entirely, allowing you to spend more time with you children, go back to school, or help your aging parents.

Jennifer's experience as an author, reporter, wife, and mother with numerous professional accomplishments, has given her the insight to write her first book, Life's a Journey, Not a Sprint. Continue reading