A Mom is Awakened By Her Son's Autism 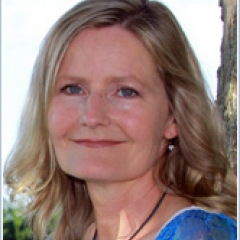 This morning, I sat on the floor with my son in his special playroom. He was on my lap and we were staring out the window at the rain and fierce wind. He leaned into me while we shared this moment and I felt intense gratitude. My son is about to turn 11 years old. He was diagnosed with severe autism nine years ago, and from that point on I fought against his condition. I spent more than half of his young life wrapped up in fear and uncertainty about his future and wellbeing. I did what most parents do: I tried to find a way to fix him, to make him more normal. 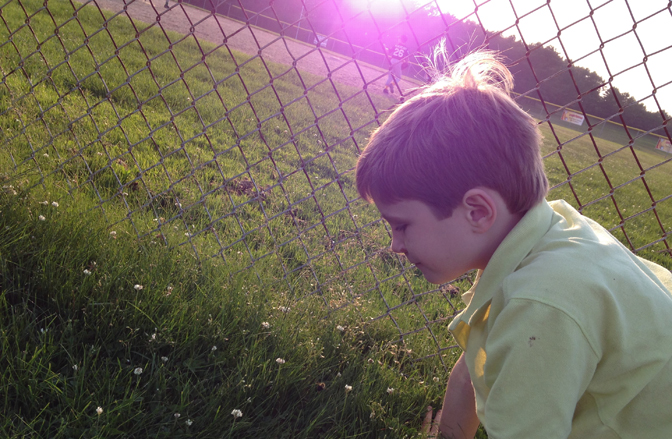 I saw his condition as a tragedy. And I almost always plunged into despair when this therapy or that therapy did not produce the results that I had hoped would change his life. But on this stormy morning, I no longer lived in that reality where I struggled and feared. In the past three years, I learned that he actually perceives the world very differently than we do and that his senses are unimaginably heightened. He has exquisite abilities, like perfect pitch, in which he can identify any musical note or groups of notes instantaneously by simply listening.

I learned that he sees beauty in the world that I don’t have access to, and that the more I stood in wonder and awe of his world, the more I realized that autism is nothing close to the tragedy I once thought it was. I learned to accept my son and I became open to the lessons he could teach me.

He was different, for sure. But he was not a tragedy.

Certainly, there were physiological imbalances in my son. He had problems with his immune system and digestion, and his nervous system was inflamed. But I decided that the fight was no longer necessary. I could help my son more when I approached him with acceptance and love, rather than fear.

Along the way something really profound happened. All those things that I thought I needed to fix began to fix themselves. Because I embraced a new attitude and approach to my son’s wellbeing, I became a thousand times more effective at helping him. My son is forming relationships and communicating with us on a level that we never would have experienced had we continued to fight his autism.

Life is so much better without the fight. My son is happy and he is emerging from his isolation. It is like he needed me to let go before he could meet me where I wanted him to go. I made choices in the past three years that led me to this day, at which point I was sitting on the floor completely content with my son. I chose to see his brilliance and focus on his strengths, and to let go of my limiting beliefs.

The word Namaste means “I bow to you” which is often interpreted as “the light in me bows to the light in you”. It acknowledges the divine light we all hold. On this stormy morning I feel the pull of this light. And I look in my son’s eyes and appreciate with such intensity his role in my healing. I might be able to now perceive his light, but it’s only because he perceived mine first.  And with that, I say “Namaste autism.” To learn more about my journey, see my book Awakened By Autism.

Andrea Libutti, M.D. is a physician passionate about holistic health and living. She has extensive knowledge about autism from both a physical and spiritual perspective. She has been a speaker at national autism conferences and loves educatin Continue reading

4 Vegetarian Recipes From Around The Globe For World Food Day

How’s the Skin You’re In?

If you are experiencing intense food cravings, you

Between the Lower Worlds where the spirits of Natu

The Now of Chow

As a child, I always delighted in going food shopp

You don’t have to have a title to be a leader. Inf

How To Go From Good to Great

History teaches us that unless we're challenged, h

I believe that there are seven planes of existence