How to avoid the trend toward ridiculous. 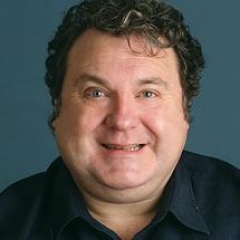 From school to marriage to form filling; spare a thought when you christen someone you love with a name like Peaches Lulu Apricot or Trixie Pixie Bell Grapefruit; they have to bear this crushing appellation for many, many years. They might get used to it, but imagine the first day at school, at work or anywhere else; it will be ridiculed.

I believe you can enhance your sun sign by matching the vibration of your name with the astro-essence of you. So if you are born under the sign of Libra, then a Venus or Libran name will enrich your spirit and soul and make it easy for people to relate to you, accept you and embrace your heart vibrations.

If you know your own astrologicals (based on your date, time, and place of birth) and have Moon in cancer, you know that a Moon or Cancerian name is going to support your sensitivities and give you a sense of security and protection.

For instance, Andrew is a perfect Mars name, but if your Mars is negatively aspected you might overdo the Mars, so we need to pacify it with some velvet Venus. Ashley is a good Venus name, so you could become Andrew Ashley or Drew Ashley or Ashley Drew; by the time you’ve finished you’ll have fun finding a name that is absolutely right for your baby.

Watch out for parental ego when choosing your children’s names. After all, you are placing on your little ones the names you want, not what they would necessarily go for. One dear friend of mine, Stephen Palmer, was so keen to have one of his children bearing his name that when his daughter was born she was christened Stephanie. It wasn’t before long—lo and behold—his wife Jane announced she was pregnant again; it turned out to be a boy and they called him Stephen. Well, I suppose that gives them scope to call the next child Steven with a ‘V’! And yet Little Stephen (which inevitably is what the child gets called when there are two or three in the same living space) was given a pet-name of Monkey! Why? Because he looked and acted like one! It still stuck some 20 years later.

Talking about Little or Big Stephen, my other half, Doug, has a brother called (you will never guess) Russell. He also has two L’s; the difference is that he was born in 1948 in Blackpool Lancashire, and I was born in 1951 in Uxbridge Middlesex. So I ended up being called Little Russell, even though I was very portly by then and living up to my surname! Because of my weight I become known in the Beaumont family as Tubbs— nothing to do with Miami Vice—but simply to differentiate me from their other Russell.

The American habit of calling kids Junior or giving Roman numerals such as George Hamilton I, II, III, IV looks good on paper, but in reality the child is always going to be called Junior. The Sword of Damocles hangs over their head forever more as always being less experienced, less wise and lesser than Senior. The British sitcom Are You Being Served? summed this up in having the owner of the Grace Brothers store known as Young Mr. Grace, even he was as old as Methuselah!

So please remember, when you give your baby a name, are you saddling them with something that could end up as emotional baggage or are you giving them something that makes them proudly stand out as being a strong individual?

Giving your child a name or a numeral, hoping they will be a chip off the old block or just like your mom or dad, is one thing. Of course, it’s nice to put in the names of grandparents or a family name in their full appellation; that’s not an issue. But far, far more important, they are a new kid on the block and need their identity to be branded on them via a name to underline that they are a unique individual and have an exclusive vibration that is activated every time their name is called, spoken or written.

Each time you mention your child’s name it will make their personality stronger and their traits more pronounced, so make sure it’s one that does that rather than consciously trying to create a mini-you out of your own ego. Isn’t it enough they have your DNA?

Russell Grant is one of the U.K.’s most popular astrologers and media personalities. Renowned for his knowledge of astrology spanning 40 years, and his Aquarian charm and charisma, he burst into the media with dozens of TV and radio programs across t Continue reading

Jack was funny, caring, and larger than life; he w

Rebel With a Cause

“I like a little rebellion now and then.” — Thomas

Dr. Christiane Northrup is a visionary pioneer and

Meet the Medium Who Cuts Hair, Too!

MANY PEOPLE CONSIDER mediums to be rather strange.

Editor's Note - Make sure to listen to Sandra Anne