Is there really a “manopause”? 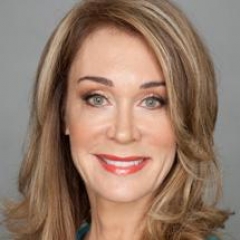 Manhood is fragile, more than ever at midlife. How is your man feeling about his manhood at this point? How do you think he sees his life’s choices, his romantic connection, his family relationships, and his career path? Is he wondering whether he will have the time to accomplish the goals he set for himself? Does he see and feel biological changes? You bet he does, both consciously and subconsciously. And now that life is changing in ways that are beyond his control, his quest for herohood is that much more of a challenge.

He probably won’t admit having manopause fears to you, or even to himself. He may say he is not aware of his physical and psychological changes, but most likely, at least when it comes to his physical changes, he is. He just doesn’t want to admit it, even to himself, because that breeds feelings of uncertainty, insecurity, unfamiliarity, and fear. That’s right . . . fear. Our strong, invulnerable, even Herculean men are, underneath it all, afraid. They are frightened of changes in their bodies, and in their sense of themselves. And they are afraid of being vulnerable, aging, weakening, and being mortal. Until recently, men did not live long enough to have recognizable hormonal changes.

A hundred years ago, they were not expected to live past 50. The U.S. census for the year 1900 reported that the average life expectancy of a man was 40. Today it’s 78. In 1900, people didn’t worry about mood swings, depression, and erectile dysfunction, because 50 was not midlife, it was end of life. Today, life past 50 is a growing area of study, because men are living so much longer. And longevity is a glass half-empty, glass half-full proposition. You can see the problems it may present, like outliving the career that is paying the bills, or, you can refocus and see these extra decades of life as an opportunity to grow into a new self, with the depth to appreciate things that were passed over in earlier years. But one thing is for sure, you can’t ignore the signs of manopause.

Men go about their business, shoving manopause away, smothering their fears and hoping that tomorrow will give them a brighter outlook. And all the while, despite their efforts to the contrary, the pain of this resistance infiltrates their psyche, putting a cloud over their heads. He says he’s really “fine,” and you want to believe him. But suddenly he has those moments. He’s overly sensitive, cranky, irritable. You push them aside, telling yourself they are just aberrations. He’s stressed about work. He didn’t sleep well the night before.

You find all kinds of excuses. But as time goes by, you become suspicious. You wonder what’s happening to your husband . . . to your father . . . to your friend. Is he having a collection of bad days? Are you beginning to have to adjust your behavior around his? Then you spend an evening with some friends and you start to recognize changes in their husbands—familiar changes. Why is he being rude to her, when, in the past, he has been so attentive? At home your husband’s mood swings grow. Maybe he becomes angry in an instant. Maybe he’s self-destructing by overindulging. It begins to occur to you that he’s not just hurting himself, he’s hurting you. Why is he acting this way? Why is he saying these things? Why isn’t he happy? You ask yourself where you have gone wrong. What have you done to cause this? Most likely, nothing. Very simply, he is rebelling against midlife changes that leave him with less and less control over his ability to maintain his manhood. We keep telling ourselves that he’s just having a midlife crisis. That it’ll pass. But is it a crisis? While midlife crisis is a common term, it has never been proven to be a valid scientific condition. The term was coined by Elliot Jaques, M.D., Ph.D., in 1965, in a paper he authored on the working patterns of creative genius. It was popularized by Gail Sheehy in her revolutionary book Passages, which she wrote ten years later. But over all of these years, no scientific study has shown that a midlife crisis exists for most men. It is much more probable that your manopause man is having a midlife adjustment. This adjustment is every bit as powerful as the one he experienced during adolescence. And yet it is gradual, making it difficult to recognize, and even harder for him to accept. Hard to accept because, bottom line, men don’t view change the way women do.

Women are accustomed to having their bodies alter. Every month we menstruate. We go through the transformation of pregnancy, watching ourselves swell with new life and then, hopefully, grow thin again. To women, change is a positive. Not so for men. They view change as a negative; their shifts are to “less strength” and “lower testosterone.” In their minds, change is bad. And the media tells them that this perception is right. Every day sexy, shirtless men parade on beaches and perform in bedrooms on film, on television, and in magazines . . . young, sexy, perfect men. When was the last time we saw a 60ish man being touted in the media as a sex symbol? When Clint Eastwood bared his soul and his chest in the outdoor shower in Bridges of Madison County at the age of 64, the world was shocked to see an “older” man displaying himself. Is there any compliment more backhanded than “he looks good for his age”? It’s no wonder men don’t want to cop to change.

Lisa Friedman Bloch and Kathy Kirtland Silverman have shared a long and successful writing career. They bring to Manopause an extensive background as social commentators and a deep knowledge of the male sex honed through decades of observation, resea Continue reading