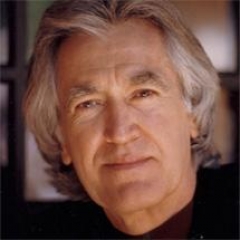 My new book is about the concept of the One Mind—which, evidence suggests, is a collective, unitary domain of intelligence, of which all individual minds are a part. The One Mind is a dimension in which you and I meet, as we are doing even now.

WHY THE ONE MIND IS IMPORTANT

I have written this book because I believe the One Mind is a potential way out of the division, bitterness, selfishness, greed, and destruction that threaten to engulf our world—from which, beyond a certain point, there may be no escape. Identifying with the highest expressions of human consciousness can clear our vision, prevent the hardening of our moral and ethical arteries, and inspire us to action. These are not ordinary times. Boldness is required, including boldness in how we think about who we are, our origins and destiny, and what we are capable of. I do not consider the One Mind as a philosophical plaything. It is not a luxury concept to be contemplated at leisure. Urgency is afoot.

We humans have ingenious ways of ignoring the obvious and deceiving ourselves, even when we are faced with impending tragedy. One of my dearest patients was a man in his early 30s who was a brilliant classical musician and a member of the city’s symphony. He came to me because he could not sleep. This highly intelligent man was a walking textbook of pathology—anxious and driven, obese, diabetic, and a heavy smoker. He disdained exercise of any sort. When I asked him what he did for relaxation, he said, “What do you mean?” His family history was riddled with heart disease and diabetes. Most of the males, including his father, had died of heart attacks in early middle age.

After completing his workup, I described what in all likelihood lay ahead for him—that, statistically, he was headed for disaster unless he made major changes. He did not want to hear this. “My mother lived into her nineties,” he protested. “Maybe I’ve got her genes.” He altered nothing. A year later he had a major heart attack, but survived. It was his wake-up call. He transformed his lifestyle completely. He lost weight, his diabetes went away, and he gave up smoking. He took up meditation and became a fitness fan. “Overnight my heart attack made me see things in a different way,” he said. “Too bad I had to nearly die to learn how to live.”

We humans are a lot like my patient. We are staring a variety of impending problems in the face and denying their reality. Must we undergo some planetary version of a heart attack before we come to our senses? Facts and statistics are apparently not sufficient to move us in sensible directions. But there is another way. An existential shift can make it possible for us to see the world in a new way, a way that redefines our relationship to one another and to the earth itself. This shift can radically transform how we choose to live. That’s what the One-Mind perspective is all about. I am not saying that awakening to the One Mind is the only way out of the dilemmas we face but it is a way, a very potent path that is available to everyone.

ENCOUNTERING THE ONE MIND

We may experience the One Mind in a variety of ways. Think of the One Mind as a desert spring where we go to drink. We may arrive at the spring alone and have a solitary experience. Or we may meet another individual there, a group of individuals, or perhaps a throng. Just so, when we “drink” of the One Mind, the experience may affect us singly and individually, manifesting as a transcendent moment, an epiphany, or a creative breakthrough. Or we may acquire information inexplicably, as if by revelation, or experience a premonition that proves valid. Alternatively, One-Mind experiences may involve two or more people, such as when spouses, siblings, twins, lovers, or groups of individuals share emotions, thoughts, or feelings at a distance. As we’ll see, they can also occur across species. Although One-Mind events are endlessly varied, they have this in common: they involve unbounded, extended awareness.

But how can we be confident that the One Mind exists? There are no meters or gadgets that can calibrate it. This problem applies to many things we believe are real but cannot be measured directly—love, caring, compassion, patriotism, or a preference for peanut butter and jelly sandwiches, to name just a few. In situations like this, we informally set up criteria for proving to ourselves that something exists. For instance, we calculate that if a person is loving, he or she will behave in such-and-such a way. Then if the person behaves in these ways, we presume that he or she is indeed capable of love. In the absence of measurements, we can take the same approach to the One Mind.

What criteria should we set up to show that the One Mind exists? How would interconnected, overlapping minds manifest in daily life? If individual minds are linked with all other minds via the One Mind, what sort of experiences would individuals have? How would they know they are part of a greater mind?

If the One Mind existed we would expect to see the following:

As it turns out, none of these possibilities is hypothetical; they are all real, as we shall see. And because they exist we can infer, with solid justification, that the One Mind is also real. We can also take some assurance from the number of creative geniuses in fields of endeavor as varied as theoretical physics, philosophy, and music, who over the centuries have expressed their belief in the One Mind.

Larry Dossey, M.D., is a former internist and chief of staff of Medical City Dallas Hospital and former co-chair of the Panel on Mind/Body Interventions, National Center for Complementary and Alternative Medicine, National Institutes of Health. He is Continue reading