One Woman’s Journey of Discovery Begins

One Woman’s Journey of Discovery Begins

Are You Due for a Wake-Up Call? 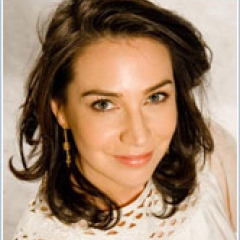 Editor's Note - Heart of Miracles is Karen Henson Jones’s entrancing story of her journey back to life from a near–death experience. Here she introduces the reader to her ordinary kind of day before she gets a wake-up call that catapults her into the spiritual journey that will change her life:

It was pitch-black outside my window as I reached to shut off the alarm of the new Nokia cell phone that my office had given me. I brushed aside a circular foil takeaway container with the remains of the previous night’s late dinner—a chicken tikka masala frosted with ashes from my Marlboro Lights.

After my morning vanity rituals, I put on one of my many dark pantsuits, stuffed a pair of high heels in my tote bag, slid on a pair of flat loafers, and walked out the door. First, the dry cleaners to drop off laundry and chat with Baz, the manager and the kindest soul I would see all day. Then a quick stop at the news shop to pick up a newspaper, and then down the stairs to catch the train that took me to work. It was London, where the subway is called the Tube, but I could have been an Everywoman on her way to the office in any metropolis. 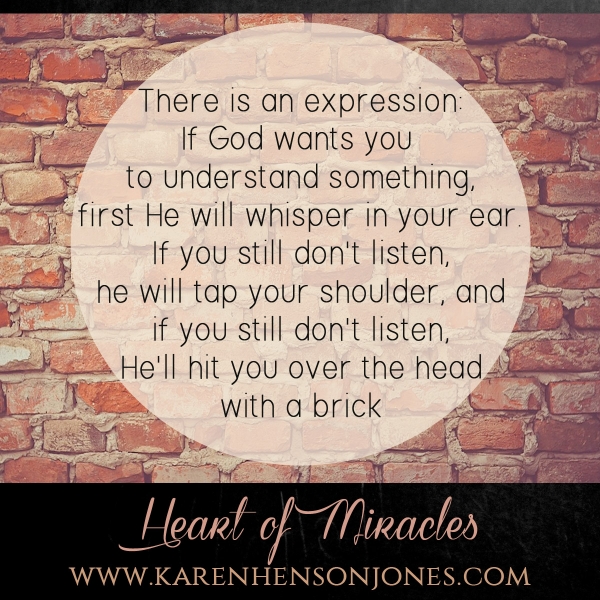 On the ride to work, I was going through the messages on my BlackBerry and recalling a cute Irish lawyer I’d met recently at a party. When he asked me what I did for a living, I told him, “I answer e-mails.” He laughed and might not have thought I was serious, but I was. I had lost count of the e-mails that I circulated as I faced my daily tasks: 80? 100? 400? They replicated so quickly that the numbers were meaningless anyway. Keeping up with the e-mails was like swimming in quicksand.

I suppose I could have told him that my official title was Manager of Media Capital, and that I worked for a large bank division that specialized in making loans to film studios and film investors. Perhaps he would have been impressed to know that we helped finance the biggest films of the decade. Our balance sheet was in the hundreds of millions of dollars. The paperwork, administration, and meetings to which I devoted most of my life, however, were considerably less entertaining than the end result. My co-workers were nice and the job was manageable, but something had started to gnaw at me from within. My lower back ached from the long hours in front of the computer. I would catch myself staring out the window instead of concentrating on my tasks. I questioned some of the business practices going on around me.

Once, I wrote the wrong date on a document. My boss humiliated me, saying, “Didn’t you go to London Business School? I thought you were supposed to be smart.” He wasn’t being jovial; he was sneering at me. Another time, my boss sent me to a corporate training on diversity sensitivity, about treating people of different races and cultures equally, but he called the short Irish guy in the office “Leprechaun.” Did I quit? No. I thought that this was where I was supposed to be for this phase of my life. A respectable paycheck every two weeks—I thought I had it good. I did wonder: Is there more to life? Is there something else I should be doing? But my musings were usually satisfied by thinking of eventual motherhood or family life. These dreams had started to become much more regular than my paycheck.

On this particular morning on the train, my wandering thoughts were cut short when the lights went out and the train car shook abruptly. Service was stopped and everyone rushed out of the station. The crowd emerged into a chaotic street scene of confused passengers and curious passersby. Then I saw something surreal: Police cars were everywhere, and the street filled with men in hazmat suits. It was the morning of what are now known as the 7/7 terrorist attacks, a series of coordinated bombings in July 2005 that were the deadliest in London since the Second World War. A bomb had exploded on a train departing the Liverpool Street station—my stop. The train that I was on was only two stops away.

Fifty-two innocent people were killed that morning, most on their way to the place that would define them in cocktail-party conversations. In the days that followed, I read the papers daily to try to understand what had happened, but I kept returning to the personal profiles of those who were killed or injured. For many, it seemed the most vibrant part of their lives had been realized beyond their achievements at work.

Where am I headed? I wondered, not only on that morning, but also on all those mornings before and the ones that followed. Isn’t this the life I’ve dreamed of and worked so hard for? I lived in one of the most fun and beautiful cities in the world. I was able to eat out with my girlfriends. I might not have realized it fully at the time, but as those strangers’ stories came alive for me in the paper in the mornings after the attacks, a greater questioning began within me. What is the purpose of my life? At the time, it was just another question among many that get forgotten as you settle back into the routine of life. Perhaps you have asked yourself this same question at some point.

I never could have guessed what the future would bring, but looking back, I now wonder if being so close to that bombing was God tapping me on the shoulder. That event could have caused me to reflect much more deeply, to make some changes in my own life to answer that question. But I didn’t. There is that expression: If God wants you to understand something, first he will whisper in your ear. If you still don’t listen, he will tap your shoulder. And if you still don’t listen, he’ll hit you over the head with a brick.

Karen Henson Jones is a co-founder of Malibu Beach Yoga in Malibu, California. She also works as an assistant to Khen Rinpoche, the founder of the Siddhartha School and head abbot of the Tashi Lhunpho monastery in India. Karen is a graduate of Cor Continue reading

There are seven great initiations every human bein

Abraham speaks on the subject of our ideas of self

Baje’s story made me acutely aware of the differen

Does this sound familiar? You purchased a coat a c

Service to all sentient beings starts with your fa

In many of my lectures and workshops, I often talk

My best friend Billy Leonard and I were inseparabl