Orbs in Your Pictures Explained 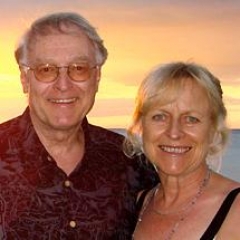 What are Orbs?
Millions of people have been noticing opaque circular features in their flash photographs taken with digital cameras and have wondered what they mean.

By making use of digital photography, it appears that Spirit Beings have devised a means to provide irrefutable evidence of their existence.

In the book I co-wrote with Gundi Heinemann titled, Orbs, Their Mission and Messages of Hope  we report our rational and intuitive evaluation of a large number of orb pictures with regard to the specific messages that may be contained in them.

After years of orb studies and consideration we have found common qualities of orbs such as high velocity, the ability to expand and contract in size extremely quickly, and a high degree of consciousness. They appear through an emanation into our physical reality.

There are many critics who argue against the authenticity of orbs. They claim that they are merely reflections of airborne particles positioned in close vicinity of the camera’s lens. We believe that this explanation cannot be upheld for numerous reasons which we explain in our book, including an experiment where an orb was photographed under clean room conditions, where airborne particles of the size that could explain reflection effects could not have been present.

Even if reflection at airborne particles were the origin of orbs, the mysticism about evidence of nonhuman thought would be undiminished. It would shift from the “miracle” of producing physical energy with means from another realm to the undiminished miracle of affecting the positioning and timing of numerous tiny airborne particles in a meaningful way that clearly defies the laws of statistics.

Where Do Orbs Come From?

As we hypothesize on the evidence at hand, we can see that the orb process begins with the consciousness of a sentient being outside of this world and ends as physical evidence on the image of a recording device. In other words, an intentional energetic imprint from a reality outside of our physical reality is recorded inside our physical reality.

Since it is our rationale that orbs are emanations from Spirit Beings, that means our reality does not end and our current perception of physics, i.e., the speed of light, or the most modern particle physics. It extends far beyond that, by many orders of magnitude, into a realm that, just as ours, encompasses sentient beings, most probably more intelligent beings then we find in our current physical reality.

How Do Orbs Make Their Presence Known?

What is magnificent about orbs is not how bright, how large, or how many you capture in one photo, but that they are there, and what that means to you. In our book, Orbs, Their Mission and Messages of Hope, we report on rational and intuitive evaluation of a large number of orb photos with regards to the messages that may be contained in them. With the abundance of orbs being photographed all over the world, we are reminded that Spirit is with us, lovingly assisting us on our life path.

*Excerpted from Orbs, Their Mission and Messages of Hope by Klaus Heinemann, Ph.D. & Gundi Heinemann.

Klaus Heinemann was born and educated in Germany and holds a Ph.D. in experimental physics from the University of Tubingen. Dr. Heinemann worked for many years in materials science research at NASA and UCLA, and as a research professor at Stanford Un Continue reading