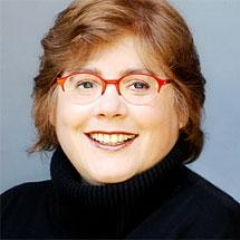 Everybody puts off the inevitable at some time or another. Think about when you’ve used this old delaying tactic. Was it during your school days: the completion of an academic exercise, finishing a research paper, or memorizing all the states in the Union? Is it in the workplace now: handing in the company budget, starting on the employee reviews, or keeping the client files updated? Does it come about in a love relationship: keeping in contact with your sister, having that heart-to-heart with your elderly parent, or apologizing to your spouse after a big brouhaha? When you want to do something to better yourself—such as dieting and exercising, or stopping smoking cigarettes—and the task feels too daunting, does Procrastination creep in?

Interestingly enough, the reason you’re having a tough time facing your task is one of the primary reasons any of us procrastinates: perfectionism. Do you ever feel like you’re supposed to know something right off the bat or accomplish a task with very little struggle or sweat? And if it doesn’t flow easily from your brain, pen, or mouth, then it doesn’t come at all? You tell yourself that if you have to grapple with something—if it doesn’t progress naturally and it’s not just wonderful the first time—then just forget the whole thing. You’re most likely fighting a voice that’s shouting in your head: It’s all or nothing! You’re in the throes of perfectionism.

This irksome way of being has some value. It propels you toward being the best you can be. But it’s really a very painful double-edged sword. Those of you navigating with perfectionism as your copilot are never satisfied because your mind believes that you must be superhuman—but you’ll always fall short. And then perfectionism’s big sister, Procrastination, jumps in to stop you from making an ass of your human self. She puts the brakes on you, makes excuses for you, and facilitates your continuing under the misconception that you need to do everything right—just not right now.

You think this big sister is a godsend. You grab Procrastination’s hand and believe that she’ll protect you from your anxious state. The funny thing about this Defender is that it doesn’t really protect you; instead, it grows a secondary uneasiness and doubt. The idea starts to bubble up in your brain that you don’t have the goods to get things done, and an I am a loser and a fake mentality emerges. There’s a bee in your bonnet that continually buzzes until the task is under way. It clearly triggers an ache not associated with the original discomfort.

So based on not doing what you intended to do, when you intended to do it, you’re now in the throes of feeling rotten about yourself. There is an urgency that starts to surface and leaves you with a new anxiety. With the onslaught of Procrastination comes the fallout: lack of confidence and growing disbelief in your abilities to get the job done.

And so you hide. You become more isolated and worry that someone is going to catch on to you and see that you’re a fraud. In our practice, we constantly run across this feeling of Someone is going to find me out; I’m just faking my way through.

How can you ever feel successful if your favorite Defender is Procrastination? Here’s one tip you can try:

When you want to get yourself motivated to begin that chore you’ve been avoiding, it’s necessary that you first begin the “ordeal” by setting specific parameters. Don’t bite off more than you can chew: you’ll choke to death.

Buy yourself a cheap egg timer or use the alarm on your watch or cell phone. At the same time every weekday (you get the weekend off), take the timer or alarm to work, to your room, to the bathroom . . . to wherever that Proverbial Procrastination Pile is expanding. Set it for ten minutes. That’s it—that’s the rule. Pick some papers, mail, photos, CDs, clothes, dishes—whatever your pile consists of—and get to work. File, organize, throw away, clean, read . . . whatever. When the timer goes off, stop: you’re done for the day. Don’t continue. Put it down. Stop. You’ll return to it the next day. If you keep working on it, you’re defeating the purpose of this exercise. Live with this. Over time, you’ll be surprised by how much gets done. Delay that gratification and you will be gratified.

Marilyn Kagan, LCSW, has been in private practice for over 25 years. She is well known and respected as one of the media’s most sought-after psychological experts. Her popular talk show on Los Angeles radio station KFI aired for seven years, and she Continue reading