The Story of Mary

Mary is the most prominent female figure in Christianity, yet she is only mentioned in the Gospels a few times. As the mother of Jesus, she is accorded great reverence, even with the controversies surrounding the Immaculate Conception. Mary, the Madonna, is central to monotheistic beliefs. She is discussed in Islamic literature as the only named female in the Qur’an, and sainted in Catholicism and Orthodox traditions. The name Mary appears 51 times in the New Testament, referring to at least nine different women. 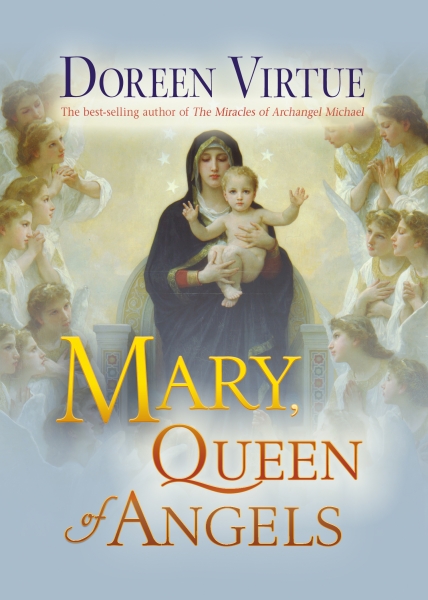 Mary is the daughter of Anne and Joachim, according to the noncanonical Book of James. Anne (also known as Hannah) and Joachim (sometimes called Imran) are both believed to be of King David’s lineage. The couple were having difficulty conceiving their firstborn child, so they prayed for assistance. Angels appeared and promised them a child. Soon after, Mary was born.

So the Queen of Angels was heralded by an angelic visitation to her parents. Mary’s cousin, Elizabeth (daughter of her mother’s sister), was also visited by the Archangel Gabriel, who announced the birth of her son, John the Baptist.

Gabriel later went to Mary and said, “Behold, I bring you good tidings of great joy,” and proceeded to describe her future son, Jesus Christ.

Although Mother Mary is associated with Catholicism, Christianity, and Orthodox traditions, she and Jesus were themselves of the Jewish faith and culture. Mary, like Jesus and the angels—and especially God—belongs to all faiths, all religions, all paths, and all people. They are pure love, which is inclusive . . . without judgment, jealousy, or competitiveness.

Mother Mary is our ideal parent: sweet, pure, nurturing, unconditionally loving, accepting, humble, wise, understanding, and compassionate. She comforts us with a soothing knowingness that puts our minds at rest. She reassures troubled hearts and allows us to feel loved and safe. She helps us to trust and believe in fairness and goodness.

Writing my book Mary, Queen of Angels deepened my relationship with Mother Mary, in discovering the many ways in which she is protecting, healing, and guiding us all. She cares for each and every inhabitant of our planet, as well as for the earth itself. She’s unlimited in her ability to help and heal everyone simultaneously.

Mother Mary is a role model of balance (especially for women) as the nurturing giver who is also wise and strong. She exhibits the necessity and value of self-care, even as she gives everything to those she loves.

I grew up with the Christmas story from the book of Luke, with its enchanting description of Archangel Gabriel announcing the forthcoming birth of Jesus to Mother Mary. I loved hearing about Mary’s journey with her husband, Joseph, to Bethlehem, culminating in the nativity and the world-changing heralding of Jesus the savior.

When I visited Lourdes in the south of France, I also experienced the power of Mother Mary’s love. I watched as the sick on gurneys were wheeled by medical attendants to the Lourdes well, surrounded by hundreds of lit white candles and praying people. And then when I got close to the well, I felt as if I’d touched heaven itself and walked through a purifying waterfall of angels.

Later, when I had the opportunity to spend time at the Loreto Cathedral in Italy, I began crying at the amount of love I felt there. The story behind this site is that during the Crusades the Holy Home where Mary was born and received the Annunciation was moved to protect it from destruction. Some even say that angels flew the house to Italy to safeguard it. It was reassembled in the town of Loreto, and later a basilica was built around it.

Historians can’t agree upon the validity of the Holy Home story. However, apparently the structure was carbon-dated, and it was deemed plausible that it could be from the Holy Land in the approximate time frame of Jesus and his family. After 2,000 years of people’s prayers inside, I was bowled over by the sacred beauty of the experience and reduced to tears.

In the mid-1980s, I was studying premed at the Uni

Hello again, last year on Heal Your Life, I shared

The Secret Ingredient of Good Health

Throughout my book, The Pillars of Health, I focus

As a kid, I used to watch old science-fiction movi

Is Raw Food for You?

Have you seen the hand-pushed merry-go-rounds that

Once upon a time, long, long ago, Mother Earth loo