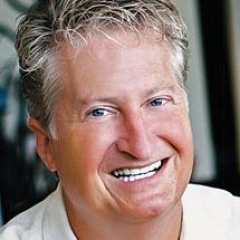 Ginny Williams was mad. In fact, she couldn’t remember being quite so mad. It was just after eight o’clock in the morning, and she already had a headache. Sitting at the breakfast table in her pink bathrobe, she held her coffee cup with both hands to avoid spilling the hot liquid. Ginny was shaking. Ginny was mad.

Billy Pat, Ginny’s husband, had pulled out of the driveway only moments before. “Don’t forget my white shirt,” he said as he walked out the door. “I’ll need it tomorrow. And I can’t meet you for lunch today—got a meeting with Mike Wooley. Anything you need me to do?” She shook her head. “Okay then,” he said, oblivious to her growing anger, “I love ya.” He got in his car and drove away.

Ginny didn’t answer until Billy Pat was around the corner.

“Yeah, right,” she said. Pouring coffee into her cup and all over the table, she replayed in her mind exactly what Billy Pat had said.

“Don’t forget my white shirt.” How can I forget it, Ginny thought, you leave it in the middle of the bedroom floor. If I forgot it, I’d trip and break my neck. That’s what I should have said. That would’ve been good. And why can’t you meet me for lunch is what you ought to have told him. Thursday is supposed to be our day for lunch. Is meat loaf at the café once a week too much to ask? Yeah, well, you always have a meeting with Mike Wooley. I don’t care if you have a meeting with the president of the United States, I’m your wife. That’s supposed to count for something.

“Boy oh boy,” Ginny said out loud, “if he were here, I’d tell him what he could do with that meeting. And the shirt!” She pushed her chair back and stood up to begin cleaning away the breakfast dishes. As she balanced the cereal bowls for the move toward the sink, the top one fell, sending a shower of milk and glass all over the kitchen.

The word Ginny selected at that moment was not one with which she was totally unfamiliar. In fact, she had grounded her youngest daughter for saying the same thing just last week. But somehow when Ginny said the word, it was satisfying—rolling, as it did, crisp and clean from her lips. The word also perfectly described her mood.

As Ginny showered and dressed, she knew that what made her most angry was the fact that at that very moment, wherever Billy Pat was, he had no idea that she was even upset!

Ginny decided to lunch alone. Thursday was her day for eating out, and she was determined not to miss it. She did, however, go to Norman’s Groceteria in order to avoid Billy Pat at the café.

She sat at the corner table and ate macaroni and cheese with a salad. For dessert, she had lime Jell-O. Ginny had spoken to Norman when she arrived, but the place was relatively empty, so there was plenty of time to sit and think.

Why do I have to eat alone? she wondered. It’s not fair. He’s always working—or says he is. Is one lunch a week too much to ask? He doesn’t seem to care. Heck, he doesn’t even know I’m mad.

Ginny thought back to the night 21 years earlier when Billy Pat had proposed. He had been 40 minutes late picking her up at her house, and she was furious. She didn’t even speak to him until they were in the car. “I have been waiting forever,” she had said.

Sitting there in Norman’s, Ginny wiped her eyes and blew her nose. It’s different now, she reasoned. We aren’t kids anymore. Billy Pat owns his own business, a very successful one, and he doesn’t need to spend the time with it that he does. It is different, isn’t it?

Ginny paid her check and left. She didn’t talk to Norman on the way out. He had seemed kind of touchy earlier when she made a joke about the “luxury toaster” she had loaned to Elaine. He didn’t even smile. I’m glad Billy Pat can take a joke, she thought.

Ginny was about to start planning supper when Bonnie Pat, Janine, and Janelle burst through the door. The three teenagers kissed their mother and introduced her to a friend of theirs from school. Ginny recognized the girl as Robert and Cindy Wainright’s daughter. Robert, her father, spent all his time hunting and fishing. Ginny had never seen him with his daughter. I hope our girls know how lucky they are, Ginny thought. Billy Pat’s a great dad.

Billy Pat had never seemed disappointed that he had no sons. He coached his daughters’ softball teams, chaperoned their classes on field trips, and as they each turned fifteen, he insisted on being their first date.

Ginny puttered around the kitchen as she remembered Billy Pat giving the girls a corsage and taking them all the way past Foley to Elberta for dinner. He held the doors as they entered and even ordered for them at Wolf Bay Lodge, the nicest restaurant in town.

He wanted the girls to expect the best from the boys they would be dating, and Billy Pat wanted to be the standard by which those boys were measured.

Lost in her thoughts, Ginny jumped when the doorbell rang. Opening the front door, she saw the florist truck drive away. There, on the porch, were a dozen red roses. They must be for Bonnie Pat, she thought. The Henley boy had been sending flowers a lot lately.

Bending down to pick up the vase, she saw an envelope attached to the roses. The envelope had her name on it.

She brought the roses inside and sat down on the floor next to the couch. With the vase between her knees, Ginny opened the envelope and pulled out the card. In Billy Pat’s handwriting, it read: “Lunch today was no fun. Mike is not nearly as pretty as you. I’m lucky to have a wife who is so understanding. I can’t wait to see you tonight. I miss you. I love you. Billy Pat.”

I was right, Ginny thought, as she put the flowers in their bedroom.

He didn’t even know I was angry.

And she was glad.