How your diet turns up the flame. 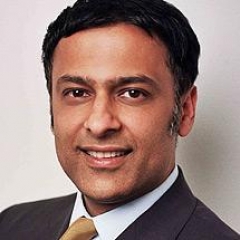 One day toward the end of my medical training, I was meeting with my colleague Heidi Skolnik, who is a nutritionist on staff here at the Hospital of Special Surgery. I wanted to discuss the possibility of having my patients whose overweight condition was making their arthritis considerably more painful receive nutritional counseling for weight loss. As we chatted about the obesity epidemic and the probable reasons behind it, Heidi educated me about the modern diet and how it can have a significantly negative impact on lifestyle disorders, including obesity, arthritis, heart disease, and cancer.

Heidi told me some startling facts about diet and nutrition that surprisingly few physicians know. During all my years in medical college, I received no clues about how drastically different the modern diet is compared to a diet only 100 years ago. I realized that if we reverted to eating the kinds of food our immediate forebears had, we would be in much better health and have a far lower incidence of obesity as a nation.

When I later spoke about this to my patient Belle, 56, who is overweight and who also has swelling and pain in the knee due to arthritis, she was a nonbeliever. But I persisted and asked her to give the diet a chance. After six weeks of adhering to an anti-inflammatory diet, avoiding fast food and processed food, she was astonished at how much the swelling in her knee had decreased. Like the majority of overweight individuals, Belle was taking in too much processed sugar in all its forms, along with the simple carbs like bread and pasta that quickly break down into sugar. She was also deficient in the essential fatty acids known as omega-3 that keep cell membranes flexible and block the actions of some of the compounds that cause inflammation.

The sad truth is that all you have to do to set off an inflammatory response is to follow the standard American diet, eating readily available processed and fast food, instead of natural sources of the proteins, carbohydrates, and good fats you need for robust health. It has been estimated that 90 percent of the food we in the United States purchase every year is processed and lacks essential vitamins, minerals, fiber, and antioxidants; in 1940, this statistic was only 10 percent. The number of people eating five servings of fruits and vegetables declined in the last 18 years from 42 percent to 26 percent. And twenty-eight hundred new types of snacks, candies, desserts, and ice creams are introduced to the marketplace every year.1

It may sound surprising that much of the food you can buy in your local supermarket can unleash the same response that the body would have to a life-threatening situation, but that is precisely the case—and I’m not just talking about junk food like candy and potato chips! Part of the reason for this development is that methods of food production have changed radically during the last century, so that the nature of the food we eat today is quite different from the food eaten not only by our ancestors but even by our grandparents.

For centuries our ancestors have known that human health relied in large part on the food we consumed. As far back as the 5th century B.C.E., the Greek physician Hippocrates, considered the father of Western medicine, wrote, “Let your food be your medicine, and your medicine be your food.” The overarching problem our ancestors faced, however, was finding enough food to stave off starvation, and avoiding poisonous or spoiled food that could cause serious illness or death. From the earliest days of prehistory, humans have been omnivores, consuming a combination of plant foods—including a surprisingly wide variety of fruits, vegetables, nuts, and berries—along with seafood and lean meats that were low in saturated fats. As hunter-gatherers, they ate what was available, and did not suffer from heart disease, cancer, and diabetes, the byproducts of our current poor eating habits and lack of exercise.

Of course, the average life span then was about 30 years, not long enough to develop many chronic illnesses. Most of the improvement in lifespan in the past two centuries has been the result of advances in sanitation and health care. Still, the United States ranks 42nd in longevity among modern nations. So why is this?

While some of this can be blamed on a lack of access to quality health care, the other most obvious cause is the fact that one in every three Americans is obese, and two in three are overweight. The epidemic of obesity can be only partly laid at the doorstep of our increasingly sedentary lives. Even people who do manual labor are becoming overweight because of the kind of food they eat, and changes in the way that food is produced. The plethora of diet books hasn’t helped; if anything, the rate of obesity has increased in the last decade.