Secrets of a Teen Millionaire

Secrets of a Teen Millionaire

From broke to bountiful 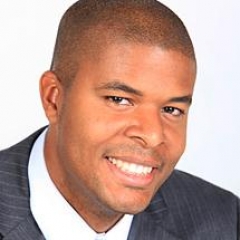 You may remember Farrah Gray as the young black entrepreneur who made his first million at the tender age of 14, the youngest black person to become a millionaire through business rather than entertainment. Today he inspires thousands through his writing, consulting, and lecturing. He’s probably best known as the author of the national best-seller Reallionaire.

In the following conversation, Mr. Gray shares some of the secrets of his success.

Dante Lee: What’s your definition of a successful business?

Mr. Gray: To me, a successful, bona fide, money-making business is one that has a few things in alignment: your mission statement needs to be sound, and profitability must be there—but to be profitable you have to have the right team and the right vision. DL: Who or what inspired you to be an entrepreneur?

Mr. Gray: I’m a strong believer that comfort is the enemy of achievement. So, I didn’t know what entrepreneurship was, I just knew we didn’t have any money. We were broke. So when you think of the entrepreneurial mindset, I call it “the third-world country mindset” because everybody there is born an entrepreneur. They don’t have an Exxon, General Motors—they don’t have those kinds of companies, so when you’re born, you have to be an entrepreneur or else you don’t eat.

As a small business entrepreneur, it’s very important to have a passion for what you’re doing. My first business, I didn’t know it was entrepreneurship. I saw oversized rocks in the street and I started painting them. I would tell people “These are paperweights, bookends, and doorstoppers.”

My mama always talked to me about money. A lot of times parents don’t talk to their children about money—they don’t have that Suze Orman or Glenda Bridgeforth conversation. My grandmother taught me that children are practicing adults, so give them the tools that they need.

DL: What’s the number one quality or trait that ambitious entrepreneurs overlook or underestimate?

Mr. Gray: As for the person who wants to be an entrepreneur, I think some overlook knowledge. As it says in the scripture, people perish for the lack of knowledge. Understand your industry; you need to explore what will actually make your business tick. You need to look at your profit and loss statement.

Many African American entrepreneurs don’t run businesses. Often our so-called business starts as a hustle for us, because we’re trying to pay the rent, keep the utilities going, pay our car note. So we end up running it as a hustle as opposed to a business.

DL: What’s the most fatal business mistake you’ve ever made and what did it teach you?

Mr. Gray: Just because you have money doesn’t mean you have to spend it. When I first started out, I was a bit more frugal. But as you make more money, you tend to bring on more people, add expenses, and pay for things that, when you didn’t have the money, you didn’t have the option. So I think it’s important to be as frugal as when you first started. And that’s why there are major consulting firms that make millions of dollars just by consulting with Fortune 500 corporations on cost-reduction strategies.

Why even focus on entrepreneurship with the economy as bad as it is? First, you have to understand that 50 percent of Fortune 500 corporations that exist today were started in a recession.

DL: What have been the most vital steps in building your brand?

Mr. Gray: Bill Gates is known to have said, “If I had two dollars left, I’d spend one on PR.” I find that, as entrepreneurs, we tend to forget that. Many of us have to close our businesses because we failed to advertise.

What has helped with my brand has been the fact that I let people know that I exist.

DL: How did you create the original capital for your company?

Mr. Gray: I started off small. Really, I started an investment club with my friend on the south side of Chicago called “UNEEC,” which is an acronym for the Urban Neighborhood Economic Enterprise Club. We were able to raise $15,000 through going to people who had more money than we had at that time, and that was pretty easy because that was pretty much everybody because we were kids. Then as we grew the funds to a $1.5 million venture capital fund, I went to higher net worth investors, which gave me the distinct honor, by God’s grace, of being the youngest to have an office on Wall Street in U.S. history, then ultimately to become a millionaire. So I think, again, that I was able to do it by networking. I think your net worth has a lot to do with your networking skills.

Whenever I watch the news or browse the Internet,

The first New Year’s Eve that my first wife, Miran

ALMOST EVERY DAY when I give private readings at m

When I was the Event Director for Hay House, I was

Is Your Life in Ruins?

Several months ago, I found myself in a hotel room

My friend Tom Zender is a minister, author, and bu