Seeing Orbs in Your Digital Photos?

Seeing Orbs in Your Digital Photos?

Here’s what they mean! 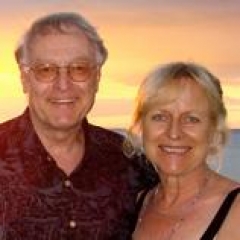 Multitudes of people all over the world have been noticing opaque circular features in their flash photographs taken with digital cameras, making them wonder what they mean.

What is magnificent about these “orbs” is not how bright, how large, or how many you capture in one photo, but that they are there, and what that means to you. The messages they likely want to convey to you are simple, practical, helpful, and affirming.

Symbols come to us and speak in their unique language that communicates directly to the soul. Symbols have transforming abilities. They point toward something that allows us to change and move forward toward what is essential. They are like signposts on the way, pointing toward deeper meaning and what brings significance in our life.

Symbols speak to our intuitive way of taking in data. They reach directly to our core, circumventing the mind in communicating information.

The circle, or the sphere in a three-dimensional expression, represents oneness, wholeness, unity— “come-unity,” coming together as one.

When they saw the Earth as a sphere circling in space, the astronauts had a profound experience. The pictures of the globe on which we all live, taken from the moon in 1968, became a transforming symbol to remind us of our interconnectedness and the fragile state of the system on which we all live. Photos of planet Earth, now readily available to be seen by everybody, serve as a reminder of our destiny to come together as one.

Digital photography makes it possible to see things that heretofore could not be seen. People in many places around the world report having taken photos of circular light phenomena, or orbs, which we have identified as emanations from Spirit Beings, conscious entities that are not part of our physical world.

Perhaps their visibility is intended to wake us up to the following notions:

It becomes clear that only by working together can we solve our numerous global challenges.

No wonder that orbs show up in great numbers when people celebrate, sing, dance, and do things together in a joyful, cooperative way. Perhaps they want to remind us of our true purpose, to realize come-unity as we live in harmony and work together for the benefit of all.

The orbs serve as powerful reminders of our destiny. When these light spheres are photographically enhanced and enlarged, an intricate interiority with intriguing shapes and different colors becomes visible. They have symbolic significance. It is likely that specific messages expressed in these features will become clear in time.

Freddy Silva, one of the world’s foremost experts on crop circles and orbs, recently stated that the orbs seem to replace the phenomenon of crop circles. In principle, all phenomena tend to be ignored or rationalized away by some critics. With the abundance of orbs, being captured by thousands of people like you and us all over the world, where enjoying photography with a digital camera is essentially the only required common denominator, we seem to receive strong signals to pay attention to what connects us all.

Ignoring these signals is becoming increasingly difficult and, at the same time, irresponsible. In the process of coming together, cooperating for the benefit of the whole, wonderful possibilities can unfold. As we anchor the idea of “all is one” deep in our hearts, we can release our innate gifts and co-create life in a conscious, fulfilling way with magnificent global outcomes.

The messengers of hope are around us, waiting to help—they have always been, but now we can actually see them. They live in an energetically different system, and their entanglement with our robust physical system has heretofore been too subtle to be recognized by us humans. Our mainstream technological achievements and advances in science have not helped, but actually aggravated our ability to connect with other realms, until the digital camera made it possible for us to receive “their” messages on a large scale.

Orbs have become so powerful that it is getting harder and harder to ignore them. They show nothing new, but they communicate in a fresh way the wisdom that has always been there. May we, the human species, become perceptive to this wisdom!

Gundi Heinemann received her academic training as an educator in Germany and teaches numerous alternative-medicine disciplines. She runs a healing-arts practice in California. Continue reading

“Do what you love and the money will follow.” – Ma

Since I know that many people have a deep fear of

It’s no secret that stress isn’t healthy. This epi

It was late one evening, dark and cloudy and I was

The Real Shape of Nature

In the late 1990s, I had the opportunity to put al