So Your Brother’s a Rock Star?

So Your Brother’s a Rock Star?

How to bloom in the shade. 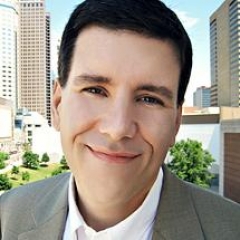 No combination of what other people want, or what other people want for you, will ultimately make for a satisfying life. But increasingly, people are recognizing that they must define for themselves exactly what they care about, determine what inspires and moves them, and live a life on their terms.

Everybody told Leon Hendrix to find some other line of work. Even his father told him it was hopeless. Leon didn’t want to give up playing guitar, but he heeded the warnings. “I had a psychological impediment, because of my brother,” Leon said. His brother, of course, was Jimi Hendrix.

So Leon delivered packages for a while and worked any odd job that came his way. For a long time, he played guitar as a hobby, before eventually working up the courage to go on stage. “I knew I was not going to be as good as Jimi. But nobody’s as good,” Leon said. “If you look at it that way, nobody could play the guitar anymore—nobody.”

Leon gets paid to make music now, but the life is decidedly modest. He plays to small crowds in rundown venues. Some nights, his take is less than 20 dollars. He rides the bus—not a tour bus, a city bus—to band practice. He endures second billing to his late brother as flyers for his shows tout “Jimi Hendrix’s brother, Leon Hendrix.”

But he’s making music, which is exactly what he wants to be doing. “You know, I’m not in Jimi’s shadow, I’m in his shade,” Leon said.

David Niven, Ph.D., is the author of the popular 100 Simple Secrets series, which has been translated into 30 languages. As a psychologist and social scientist, his work makes the case that a more satisfying life can be had with small changes Continue reading