Stay in the Game

Stay in the Game 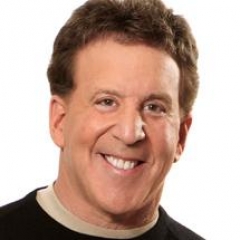 What did we do? We took a sport that’s been around for hundreds of years and changed a couple of the rules.

You got a problem with that?

It’s got everything Americans love about sports: hitting, scoring, and speed. So why hasn’t it been more popular?

In fact, lacrosse has been around a whole lot longer than football, baseball, or basketball—it’s the oldest American sport of them all. By some accounts, a version of it was first played more than nine centuries ago, but certainly there are documents that describe it being played in North America way back in the 17th century. Native Americans engaged in fierce and often deadly lacrosse battles that spread out over many miles and lasted for days. These contests were steeped in ritual and ceremony, and were often intended to settle disputes and bring honor and glory to a tribe. French Jesuit missionaries who came to North America in the 1600s described some of these battles in their writings, and the French word for stick—la crosse—likely gave the sport its name.
Obviously, a lot about lacrosse has changed over the centuries, but the basics of the sport have remained pretty constant. The most important rule is that (unlike football, baseball, and basketball) you can’t touch the lacrosse ball with your hands. Instead, the hard rubber ball is tossed around with sticks that have small nets on one end. In outdoor lacrosse, two teams of ten players each compete on a field that is roughly the size of a football field. The idea is to shoot the ball into a six-by-six-foot goal guarded by the opposing team’s goalie. Whichever team scores the most goals wins.

The simplicity and beauty of lacrosse helps explain why it’s endured for centuries. But the question remains: why hasn’t it been more popular?

For a long time it was played mainly in certain hotbed areas of the United States, specifically in the Northeast. These were the places where the game originated, and it continued to flourish in prep schools, high schools, and colleges in those regions. Yet it never really caught on in other parts of the country, and most people thought of lacrosse as a game played mainly by East Coast prep-school kids.

That was one of the biggest challenges Dave and I faced when we set out to start a pro lacrosse league: how do we change the perception of lacrosse as a fringe sport? How do we take the oldest sport in America and make it seem fresh and new?

We knew we had to take the best things about lacrosse—speed, excitement, action—and make them even more appealing to a new generation of young players and fans. We had to present a version of the game that was aggressive, dynamic, and modern.

So we decided to make a couple of changes.

One of the first things we did was have Dave get to work on creating new lacrosse uniforms. The jerseys used by college teams were bulky and boring. We wanted our uniforms to be sleek and modern and cool, like the gear worn by extreme athletes. So Dave designed some very sporty Warrior jerseys.

Next, we wanted to make sure all our games were fast-paced and high scoring. In college lacrosse, if a team had a one- or two-goal lead late in a game, the players could throw the ball around without trying to score just to kill the clock. And all that stalling doesn’t make for real excitement.

That’s why I came up with a shot clock.

Basically, with a shot clock, players have a certain amount of time to get a shot off, and if they don’t, they forfeit the ball. A shot clock ensures a quick pace of play and the opportunity for plenty of scoring. I thought it would make a great addition for the sport of lacrosse.

Then I had another idea, which was inspired by my love of basketball. Goals in lacrosse have always counted for just one point. But what if we had a line on the field, and if you scored from behind that line you got two points? The NBA has a three-point line—what if we added a two-point line? A two-point shot would force defenders to follow a shooter farther away from the goal, which would create more room around the net—and lead to more exciting goal scoring.

But it would also create more games that go down to the wire. With no two-point shots, a team that is trailing by two or three goals with a minute to play is pretty much out of it—fans can pack up and head for the parking lot. But with a two-point goal, almost no lead is safe. A couple of quick two-pointers and you’re back in it. In our league, no game would be over until it was over.

We would call that shot “the Deuce.”

The first thing I did was run the ideas past Dave. If he objected to changing the rules, I probably would have let it drop. When it came to lacrosse, his integrity was unquestionable and his opinion carried a lot of weight. In the end, though, Dave loved the changes.

So we fooled around with different lengths of time for our shot clock and finally settled on 45 seconds (it later became 60 seconds). And we experimented with different distances for our two-point arc, and picked 15 yards (that later became 16 yards). We really believed these changes would speed up play and make the game even more exciting for fans.

Let me tell you, when we announced them, we got killed.

The old-school lacrosse community went nuts. They felt we were ruining a sport that had basically gone unchanged for centuries. And the fact that I was an outsider didn’t help one bit. Lacrosse purists everywhere weighed in and totally trashed us. They said our league would be a circus with sticks.

But we stuck to our guns. We believed the changes weren’t all that radical, and the game would look and feel the same—only it would be faster and more exciting.

Still, I didn’t know for sure we were doing the right thing until the day we finally painted a field with the new two-point arc and got the world’s best players out there.

The first thing they did was go over to the two-point arc and take a shot.

I stood on the sideline watching as, one by one, the players all got behind the line and fired away. It was like watching a bunch of kids open Christmas presents. These guys were juiced by the two-point arc and couldn’t wait to give it a go. I knew then and there we were onto something.

Even so, getting pummeled by your critics isn’t fun. I mean, all we wanted to do was to grow the game and make it more popular. So why didn’t the purists want us to succeed? In the months before we launched our Summer Showcase I became a junior varsity sports historian, reading up on the early years of all the other leagues. I saw how they all developed and evolved, trying out different rules and experimenting with new concepts.

Look at baseball in the early 1900s. They call that the “dead-ball era” because those early players were scratching out one or two runs a game. It wasn’t until Babe Ruth came along in the 1920s and started hitting the long ball that baseball became the major sport it is today. So I knew every league had its growing pains, and we would be no exception.

The more those lacrosse old-schoolers killed us, the more passionate Dave and I felt about making our league happen. I mean, all that negativity just fueled us. It brought us closer together and gave us a trench-warfare mentality. The more convinced they were that our league would fail, the more determined we were to prove them wrong.

Jake Steinfeld is a world-renowned fitness expert and motivator who founded Major League Lacrosse in 1998. The founder and chairman of Body by Jake Global® LLC, he pioneered the personal-fitness-training industry and created America’s first fitness-l Continue reading