Step into the Light

Step into the Light

The story of a spirit awakening. 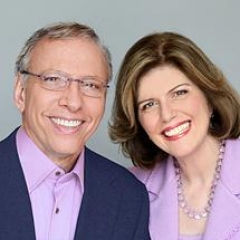 I remember well the magical morning when I had my first conscious experience of awakening. It completely altered the course of my life, and opened up a level of awareness that I’d read about but never directly experienced. I was 33 years old at the time, and it occurred in a rather unusual way.

I was visiting the New Mexico home of spiritual teacher, Dr. Neva Dell Hunter, when she suggested that it would be of assistance to me to have an aura balancing.

“Don’t try to understand it with your mind,” she said. “Just experience it, and then you can decide for yourself whether or not it has any value for you.”

That sounded fair enough. After all, my mission here was to further my understanding of parapsychology, so what did I have to lose?

Robert, one of Dr. Hunter’s assistants, would conduct the “balancing.” Along with two other members of Dr. Hunter’s team, designated as light-bearers, he ushered me into a small room in which a sheet-covered massage table was set up. Robert explained that the purpose of the light-bearers, in this instance, was to act as a spiritual battery by sitting silently and “holding the light.” He assured me that life is filled with light-bearers, and explained, “They are the ones who assist us along our path. They seem to show up randomly, but really there is nothing random about it.”

Robert asked me to take off my shoes and belt and lie down on the table on my back. The light-bearers quietly sat down on chairs placed against the wall, closed their eyes, and began to meditate. Innocent enough, I thought.

After an opening prayer, Robert selected one of several quartz crystals, each attached to a small chain, which were neatly laid out on top of a short bookcase. He held the crystal over my stomach, and it began to turn counterclockwise even though his hand remained steady.

This went on for some time, and as I began to relax, I realized that I was actually feeling its motion in my body as it rotated. It was as if the crystal were somehow attached to something within me that could “feel” its movement.

Soon Robert began asking me questions. He wanted to know if I’d ever had a dream in which I was in prison. I wondered, Where did that come from? It wasn’t even something that Dr. Hunter had brought up. How could he know that ever since I’d been a small child, I would occasionally dream that I was in prison and couldn’t get out? I always awoke feeling frightened after these nightmares. I told all of this to Robert, and as he continued to hold the crystal, he simply asked, “Well, would you like to come out?” “I’d like that very much.”

“The door isn’t locked,” he told me. “All you have to do is open it and walk out.” In my imagination, I did as he suggested. I pushed on the door, and indeed it swung open. I walked out.

Robert asked me to describe where I found myself and what I was experiencing. I said I was walking out of a building and into a beautiful meadow. I told him how free I felt. On and on it went, one question after another, for nearly three hours. Completing each series of inquiries resulted in an awareness of something opening and expanding in the area of my chest. This opening was accompanied by deeper and deeper feelings of peace; it was as if I had transcended my normal state of mind. In fact, for the first time in my life that I could recall, my mind was completely still.

When we were finished, Robert went out and got Dr. Hunter. She entered the room, where I was still lying down, and inspected me from head to toe. She was looking at me, yet at the same time she was looking at something else.

“Very good,” she said to Robert.

Then she asked me, “Tell me, do you ever have the feeling that in relationships you give more than you receive?”

What a question! That was the story of my life.

She paused for a moment and slowly said, “Well, my dear, I’m afraid what you’re going to have to do is give more.”

“What?” I nearly leapt off the table. “If I’m already giving more than I’m receiving, why would I want to give even more?”

With those words, she left the room, and as strange as it seemed at the time, a deep calm came over me. I’d never experienced anything like this before. It was as if my heart had simply burst open, and out gushed a Love so enormous that it radiated outward in all directions and poured over everything. It encompassed the entire earth and beyond.

I’d simply fallen in Love with everything and everyone. I’d stepped into the consciousness that I’d read about but never known. Like Carl Jung, who said when asked if he believed in God that rather than believing, he knew, I was actually having the experience in which there was no more question about believing. I knew! In the astonishment of this realization, the only thing I could do was cry with tears of intense joy. I had come Home within myself. I knew without a doubt that God is Love, that Love is the basis of everything, and that Loving is the path of spiritual awakening.

H. Ronald Hulnick, Ph.D., and Mary R. Hulnick, Ph.D., are world-renowned pioneers and innovators in the emerging field of Spiritual Psychology. As founding faculty and co-directors of the University of Santa Monica, the worldwide center for the stud Continue reading