Stuck on Autopilot at Work?

Stuck on Autopilot at Work?

A modern fable of real success. 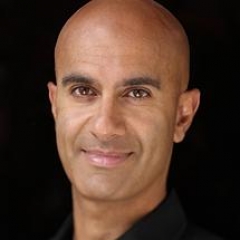 My name is Blake Davis, and though I was born in Milwaukee, I’ve lived here in New York City for nearly all of my life. And I still love this place. The restaurants. The pace. The people. And those hot dogs on the street—incredible. There’s really no place on Earth like the Big Apple. I have zero plans to leave. Ever.

My parents shaped me in so many ways. They didn’t have a lot of things, yet in many ways they had everything: they had the courage of their convictions, they had superb values, and they had self-respect. I still miss them deeply and not a day goes by that I forget to appreciate them.

Growing up, I was a good kid. “A heart on two legs” is how my grandfather used to describe me. I just didn’t have it in my constitution to hurt anyone or disrupt anything. I did fairly well in school, was pretty popular with the girls, and played some solid football on my high school’s varsity team. Everything changed when my parents were killed. The ground beneath my feet fell out from under me. I lost all confidence, I had no focus. My life became stuck.

In my early twenties, I drifted from one job to the next, sort of coasting on autopilot for a while. I numbed out and didn’t care much about anything. I medicated myself with too much TV, too much food, and too much worry—all designed to avoid having to feel the pain that ones feels at the recognition of one’s lost potential.

In that period of my life, work was merely a means to pay the bills rather than a platform to express my best. A job was nothing more than a rough way to get through the hours of my days rather than a gorgeous opportunity to grow into all I was meant to be.

Perhaps one of the best gifts my parents gave me was a love of learning, especially through books. Within the covers of a single book are ideas that, if acted upon, have the power to rescript every part of your life. Few things are as smart as investing in becoming a better thinker and developing a stronger mind. The best people always seem to have the best libraries.

So I began to work at a bookshop down in SoHo. But due to my negative attitude and utterly complacent behavior, I wasn’t doing well at the store. I was frequently reprimanded by my manager, and I fully expected to be fired. I was generally unfocused, nothing of a team player, and less than average at my work. My love of books was all that saved me. While those who ran the store despised me for my poor work ethic, the store’s customers seemed to like me. And so I was kept on. But only by a thread.

Now here’s where the story gets really good. One day, a miracle of sorts showed up in my life. When I least expected something good to happen, good came hunting me down. And that changed the game completely. A most curious stranger visited me at the bookstore. And the lessons he taught me in our too brief time together shattered the limitations I’d been clinging to—exposing me to a whole new way of being.

Now, at the age of 29—amid more success and joy that I could ever dream of—I’ve come to understand that hard times do make better people. That in the middle of difficulty lives opportunity. And that each of us is built to win—in both work and life. It’s now time for me to share what happened to me with you . . .

A highly sought-after keynote speaker and seminar leader for many Fortune 500 corporations, Robin Sharma is one of the world’s leading speakers on leadership. Robin is also the author of six bestsellers, including the landmark business blockbuster TH Continue reading