The Archangel Guide to the Animal World

The Archangel Guide to the Animal World 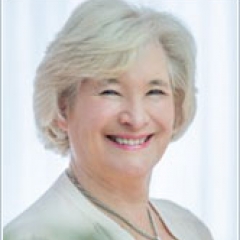 For the first time since the golden era of Atlantis everyone now has the opportunity to ascend to the fifth dimension. As individuals, we can only ascend when we understand and honour the animals and the world of nature.

We are co-sharing Earth and when we recognize we are all one with our fellow creatures, it will help the whole planet to raise its frequency. The Archangel Guide to the Animal World gives you unique information that will open your heart and consciousness to the entire natural world.

Animals, birds, fish, reptiles and insects are undertaking a soul mission on Earth just as humans are. Like us, every one of them comes to experience life on this physical plane. They are here to feel the freshness of water or the sun on their bodies, to touch the grass, to taste a fruit, to understand sexuality and what it is like to care for another creature. Every single creature on this planet has incarnated to experience these things. It is meant to be a joint adventure that involves participation between humans, animals, insects, trees, elementals and all sentient beings.

Some animals incarnate in service to humanity, some to serve the planet and others to experience and grow spiritually through life on Earth. Most come to learn in this physical plane. They are all helping us to ascend. For example, dogs are demonstrating to us qualities of devotion while cats are teaching enlightenment. Some creatures carry light in their auras that triggers our spiritual growth. Birds have nothing to learn and they are only here to teach us, enabling the entire planet to move on its ascension path.

While humans are using their left brain and their mind, most creatures react from instinct. Some have developed huge hearts but they don’t have the logical, calculating capacity of humans.

Where animals originate from and what they teach us

The souls of animals, like the souls of humans, come from different stars or planets, even from other universes. Many are from Sirius, such as horses, grey squirrels and camels. Dolphins, who embody the wisdom of golden Atlantis, originate from Sirius and fifth-dimensional ants bring their knowledge of sacred geometry and structured communities from Sirius. Bats derive from another universe but they enter Earth via Sirius, where they hone their knowledge about sonics and echo location to fit in with the atmospherics and energy of Earth. Archangel Michael has helped them develop their throat centres, so they are very psychic. If you see a bat, it is reminding you to bring forward your psychic abilities.

All birds originate from Sirius. Those fifth-dimensional birds who have individuated and are no longer part of a group soul come from Lakumay. These birds all demonstrate mastery over an aspect of their lives, for instance eagles have mastered their element, air, and float in total serenity, teaching us that a master sees everything from a higher perspective.

Hyenas originate from Uranus. All beings from here come to bring in change and often behave in bizarre or different ways, challenging the norms and bringing about social change. Quite unusually, female hyenas are larger and heavier than the males and lead their clans. They have long front legs and short back ones, which is an experiment to see how agile they can be with this variant. Archangel Jophiel works with them in order to support their intention and to keep their connection to Uranus clear.

Creatures from Orion, known as the constellation of wisdom and enlightenment, carry part of the light of Orion in their auras and they impart it to us when we connect with them. Rabbits and cats are spreading this wisdom. If you see or stroke one, take time to relax and be receptive. You may consciously receive guidance or something may subtly enter your mind. Butterflies and ladybirds only land on you if they have a message to impart or wish to bring you enlightenment. 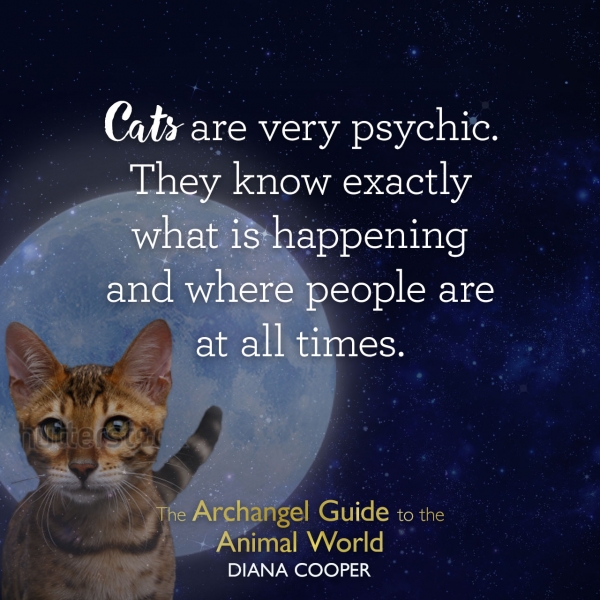 As I understand it, the guinea pig is the only animal from Venus, the planet of love, to incarnate on Earth. It is soft, gentle, vulnerable and a heart healer. Its energy is particularly attuned to healing the abused and bruised hearts of children. As we approach the new Golden Age, they are doing invaluable work, preparing people who are hurting to trust again. All trees carry specific energies to assist our ascension. If you sit under a beech tree it will touch your heart and help you to forgive.

Kangaroos arrive from the ascended aspect of Mars, Nigellay, demonstrating the peaceful spiritual warrior energy and the total balance of masculine and feminine energies. A baby joey is incredibly tiny, pink, hairless and vulnerable. The female kangaroo has to practise powerful mothering instincts to enable it to live and thrive. When you see one, you come into balance for an instant. At that same moment, you become aware of the importance of careful nurturing and of protection. This awareness may not reach consciousness but, nevertheless, it influences you. This is one way that this animal is helping the world ascend.

Certain animals and fish come from a distant tenth-dimensional universe and they are very highly evolved. They cannot be captured, killed or ill-treated unless their soul gives permission in order to teach us or demonstrate a quality. Monkeys are here to experience with their heart and their right brain and to demonstrate that we can use our kundalini energy differently. Whales are holding the frequency of the oceans high.

Creatures also come from the Pleiades to offer healing, from Neptune to bring higher spirituality and from Jupiter to spread happiness, abundance and cosmic joy.

The animal kingdom is looked after by Archangel Fhelyai, who is a glorious sunshine-yellow colour. You can always ask him to help an animal and he will use the energy of your thought and prayer to assist. He is present at the birth and death of every animal and so is Archangel Azriel, the angel of birth and death.

The insect kingdom is in the charge of Archangel Preminilek, operating on a yellow-green frequency. Many insects are third dimensional though a few are in the fourth and fifth. His task is to look after them all, co-ordinate their service work and help them ascend into the higher realms.

Archangel Bhokpi is the angel in charge of the bird kingdom. He has recently entered this universe to look after the bird kingdom because they have been ascending so quickly. He comes from the ranks of the Seraphim and his colour is almost transparent, so he can take on any shade he wishes to use.

The fish kingdom is overseen by Archangel Joules – the green angel in charge of the oceans. He helps them to hold the frequency of the waters pure.

The reptiles do not have angels but they are looked after by the elemental kingdom of fairies, elves, undines and a whole range of beautiful little light workers.

The entire nature kingdom, including the trees who do such great service work for us and the planet, is overseen by Archangel Purlimiek, a beautiful soft-green vibration. Various of our beloved archangels also connect with and work with specific animals to serve the planet.

If you see an animal, bird, insect, fish or reptile, it is never by chance. In The Archangel Guide to the Animal World you will learn not just about their missions on Earth but what they are teaching you. Remember that butterflies, moths, frogs and toads are reminding you it is possible to transform your life completely.

Every single creature is on its ascension path and helping you to ascend too. We are co-sharers of our beautiful planet. It is the responsibility of humans to cherish, nurture and protect the world we are privileged to live in.

Exclusive offer: Pre-order The Archangel Guide to the Animal World from this website before August 8th and get a totally exclusive three-part online course by Diana absolutely free. This course is brand-new and only available to people who pre-order the book! Watch a sample of the course below and click here to pre-order the book.

Diana Cooper is a bestselling author who specialises in esoteric subjects including angels, unicorns, ascension and Atlantis. She teaches internationally and runs the Diana Cooper school. Diana has written 24 books and is published in 27 territori Continue reading