Do we really know what we need? 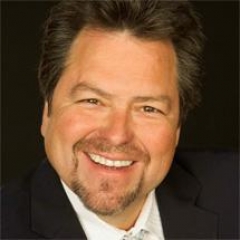 Known as the Latino Tyler Perry, Rick Najera is an award-winning actor-writer-director-producer and literary pioneer who has captured the warmth, humor, pain, and triumph of the Latino experience for over two decades. Here he describes meeting his future wife one lonely New Year’s Eve:

One of the biggest blessings in life is family. You only realize that when you don’t have one. I thought I would be fine without one. My career was the love of my life. I was obsessed with my art. They say a life in art is never wasted, but a life alone is never easy. I was alone and lonely and unhappy but I did not know it. I needed a woman to explain to me how miserable I was.

My family life began at a New Year’s Eve party. I was living in Chicago doing my show Latinologues before Broadway. It was late in 2001 around Christmas. Life was moving fast. It was the height of my bachelorhood; “-hood” meaning I hung out with a lot of minorities, including myself. I’d left Hollywood because I simply got sick of it. I began to live my life in that purgatory between “Do I want a family?” or “Do I want a career?”

I was going to spend New Year’s Eve alone. It was post 9/11 and everyone was trying to act like the world would return to normal. The United States was in a collective numbness. I was even more numb because it was damn cold in Chicago—too cold and way too much snow. I had an “escape clause” in my contract that said I could travel to California any time I wanted to. I wanted to. I wanted to badly. I don’t know why, but I simply had to go home to San Diego. I had a “feeling.”

I remember the night I left because it seemed unreal. A limo picked me up. It was snowing as I left my place in Wicker Park. I got in the limo. An Andrea Bocelli song was playing. The limo, the snow, the song—I thought I might actually be living a movie. I took a flight back to where my life had started—San Diego. Things had changed back home. My father had died. My mother seemed older. Somehow, Christmas seemed shallow. “Why don’t you go out?” my mother asked. “It’s New Year’s Eve.” Normally I would have said no, but I had a feeling I should go.

After she kissed me I headed to a friend’s party. At that time, I knew very few people back in San Diego. I’d grown up and changed. San Diego had, too.
So, I’m now at a very Latino party with lots of politicos, community leaders, and sharply dressed Latinos with their dates. It was the first New Year’s Eve I could remember being without a date. I kept noticing this beautiful woman across the room. I was a Hollywood guy. Hey, I thought. Be confident. You’re a writer. You’ve written popular TV shows like In Living Color and MADtv. I’d hung out with Tupac Shakur. I’d given advice to Fly Girl Jennifer Lopez, and told her she could be an actress. I had costarred with George Clooney in a really bad movie.

Here at a New Year’s Eve party in San Diego, I saw this beautiful, petite, blue-eyed blonde across the room. I was slightly drunk. All night long people were buying me tequila shots. I was a mini-celebrity. I walked over to the beauty and introduced myself. I told her I was the “celebrity guest.”

We talked for a bit, and then she looked at me and said, “You know, Rick, you’re not really happy.” I laughed. Her name was Susie. She spoke Spanish and was involved with Mexico. She loved Mexico like only a Mexican can. She helped set up water stations in the desert. Her last name was Albin. For a second, I thought she was Latina. I pronounced Albin with a Spanish lilt, al-BEEN. But she wasn’t Latina. She was Irish and Scottish and very Anglo.

We talked for a while. Her date was engrossed in business talk with a group of guys and barely paid any attention to her. Later I found out he wasn’t her date; he was just her neighbor. I told her about my so-called Hollywood life and Chicago where I was living and doing my show. She wasn’t impressed. “I have to tell you,” she began, “I think you’re living an aimless, unhappy life. And you’re really depressed. The only thing that’ll cure you is changing your carefree bachelor lifestyle, getting married, and having a family. Right now you’re a man with no direction. You may think you’re having what seems like fun, but you’re really depressed and don’t know it.”

Wow! She was right. I had no idea. I didn’t know it. How could I? I FELT GREAT! I had no responsibilities. I didn’t have a care in the world. “Wow, she’s good,” I thought.

Now I was confused. So, I did what any confused man would—I started dating her. I’ll show her how happy I am, I defended. It was about a month later when she asked me, “Hey, you wanna go on a trip to Spain with me to meet my family? They’re on a vacation in Spain visiting my sister on her honeymoon. She just got married and everyone is going to Spain to have some good family fun.”

I’m thinking, Spain? Well, I haven’t been there in like five hundred years, why not?

I’d made a promise to try my best to make Susie happy, and going to Spain was my way of doing just that. And Spain is a very romantic country. I think she knew that. A week into the trip, we got engaged.

I asked her if she would marry me in the little coastal town of Salou. I was on bended knee in front of an El Rey de Burger—Burger King. They served beer there, which was more surprising to me than the fact that I was engaged to Susie. I looked in her eyes and thought, Wow. They’ve got Burger King in Spain? And they serve beer and wine? Europeans really know how to live. Why did we ever leave? Oh, yeah, the Inquisition and a chance to steal gold from the Aztecs. Susie said yes. I wanted her more than I can describe. I knew it was the best thing I would ever do.