The Celebration Is On!

The Celebration Is On!

A celestial party of the Universe. 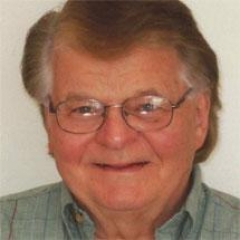 The late visionary and writer Ray Bradbury often said that he came “to celebrate the universe,” which he did superbly using his lifelong love affair with words and metaphors. As for myself, I definitely came to this planet to celebrate the magnificence of the universe—a universe from which we sprang and to which we are destined to return! As Wayne Dyer urges in his wonderful Hay House movie The Shift: “Don’t die with your music still inside of you.” I can honestly say that this is my “music.”

I’ve been sharing my passion for stargazing ever since I was a teenager with as many people as possible through writing, speaking, teaching, and viewing the sky (all of which I’ve been actively doing since the age of 12). I’ve also spent lots of time on street corners—no, not loitering, but stargazing! This has been as part of the nationwide “sidewalk astronomy” movement started by former monk and telescope-making guru John Dobson (for whom the popular Dobsonian telescope mounting is named). Many amateur astronomers regularly share their telescopes and binoculars with passersby on city streets across the U.S., spreading their love for the universe to countless others.

Looking upon the magnificence of the heavens in childlike wonder and awe as a stargazer is surely a superb way to celebrate it. Emerson talked about the stars pouring out “their almost spiritual rays” upon us, and of a human becoming like a child under their influence. Indeed, gazing into a timeless universe and the beginning of everything, we ourselves become young once again. The night sky is a portal to transcendence from the shackles and concerns of adulthood, freeing the child within us to play under the stars.

The scientific revelations of modern astronomy and cosmology provide the basis for the universe’s wonder. But it’s the metaphysics and spirituality and aesthetics of the heavens that make it truly meaningful and personal to each individual.

One stargazer whose entire “career” in astronomy was strictly that of a visual observer was Leslie Peltier. He spent most of his life on a farm in Ohio, sweeping the skies for new comets (he found 12 of them!) and making scientifically valuable observations of the brightness of variable stars (more than 130,000 of them!) from his two backyard observatories. He also discovered six novae with his unaided eye alone. Harlow Shapley, onetime director of the Harvard College Observatory, called him “the world’s greatest nonprofessional astronomer.”

Despite being offered paid staff positions at several major observatories, Peltier preferred instead to stargaze from his farm. He was a shy, retiring man of introspective depth who loved his home so much that he rarely ever left it—even to receive awards honoring him at astronomical conferences.

I visited him on two occasions, and reviewed his autobiography Starlight Nights: The Adventures of a Star-Gazer for Sky & Telescope magazine when it was first released in 1965. For 70 years he “celebrated the universe” as few ever have, from first sighting Halley’s Comet as a child in 1910 until his death in 1980. There’s something he said that I very much want to share with you as a fellow stargazer—something quaint and simple, but also very profound: “Were I to write out one prescription designed to help alleviate at least some of the self-made miseries of mankind, it would read like this: One gentle dose of starlight to be taken each clear night just before retiring.” Sage advice from one of the greatest stargazers of all time.

Here’s the story of another, earlier stargazer (in this case, one that illustrates just how far an exalted love of the stars can propel an individual)—famed telescope maker and astronomy popularizer John Alfred Brashear.

Having only a third-grade education, he spent his early years working in the steel mills of Pittsburgh as a millwright. He loved looking at the stars from the cinder piles near the river on Saturday nights when the mill shut down and the smoky sky cleared. Longing to have a telescope of his own, he taught himself how to grind and polish lenses and mirrors, and in time became perhaps the greatest lens maker of his day. His optical genius attracted the attention of several of the city’s philanthropists, who set him up in business—leading to the construction of some of the largest research telescopes in the world at that time (a number of which are still in active use today). Brashear also made many smaller instruments for schools and colleges and even for private individuals as well.

In the later years of his life, he served as acting director of the new Allegheny Observatory (for which he raised the construction funds), acting chancellor of the University of Pittsburgh, and was the moving force behind the founding of Carnegie Technical Institute (now Carnegie Mellon University). He was widely admired and honored both at home and abroad—not only for his telescope-making feats, but also for his inspired lectures about the heavens to people of all ages and backgrounds.

At the time of his death in 1920, he had more than two dozen honorary degrees bestowed upon him! And all of this from a man of humble origins, spurred on by a passionate love affair with the stars and a desire to share it with everyone he met. Brashear’s ashes were mixed with those of his wife (who played a major role in his success) and placed in a crypt in the base of one of the two big research telescopes built by his company at the Allegheny Observatory. A plaque attached to the crypt reads: WE HAVE LOVED THE STARS TOO FONDLY TO BE FEARFUL OF THE NIGHT.

As naturalist John Burroughs said: “To know is not all, it is only half; to love is the other half.” Hopefully the cosmic journey depicted in my book Celebrating the Universe will help you fall in love with the universe. Most astronomers I know—both amateur and professional—have a “love affair” with it, which increasing knowledge of its wonders over time only deepens. They are firmly convinced that the universe loves them in return. May it be so for you as well!

James Mullaney is an astronomy writer and speaker who has published nearly 1,000 articles and nine books on stargazing. Formerly Curator of the Buhl Planetarium & Institute of Popular Science, Director of the DuPont Planetarium, and staff astr Continue reading