Allow yourself to listen. 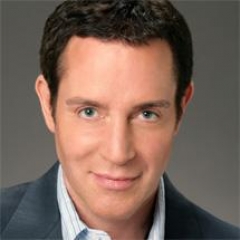 I learned that being a healer—that is, facilitating healings for others—is a pretty pure experience. I learned to simply step into the equation with the other person and the universe, transcend technique entirely, and allow myself to feel. Feel. That is, to listen . . . with a different sense. To feel, observe, play, notice. Without judgment. And that’s a huge part of the key. I learned that as we transcend technique, we transcend direction, we transcend specific pinpoint desired outcome, and we transcend judgment. I learned how to step out of my result orientation and instead step into a process orientation. And as I allowed myself to do this, I became more aware of the field, as well as my sensations. Varying sensations: hot, cold, wet, dry, pushing, pulling, bubbling, sparkling.

The funny thing about all of this is the simplicity of what underlies it. You see, as I distilled all of these sensations down, they became essentially one: joy, happiness . . . bliss. As I experienced that bliss, I stepped into the field and became one with it. And I discovered that we are not in the field alone. We are in the field with everyone . . . specifically, with that person who has our attention, because—let’s face it—we go where our attention is, where our awareness is. Somehow in this interaction, consciously or otherwise, a little “voice”—figuratively speaking—inside that person says, Hey, I remember this. This is me vibrating healthy. This is me vibrating as light. . . . I think I’ll do it again.

And in that remembrance, I watched as people began to vibrate at their optimal light level once more, and they began to vibrate healthy. I observed that anything denser than that light, which includes pretty much most health challenges, if appropriate for that person at that point in time on their life path, simply falls away. Immediately it became more than clear that healing is just that simple. And anything—anything—more complicated than that is designed to sell us something.

As I allowed myself to listen—to stop doing and instead to become, to become the observer and the observed—this is where and when the universe often chose to display its true wonder and its beauty. This is the gift. It is here that we see things that are new, that are different, that are real. Very, very real. We experience, then, each session with a sense of newness and discovery, because with each person, it is new.

Your job is to open doors.

Their job is to decide whether they have the courage to walk through them.

You see, I don’t like the word healing. It’s far too limited in its common interpretation. Healing implies that there’s something you have to get “better” from. I observed that healing is more than just getting up out of wheelchairs, regaining hearing or speech, cancer tumors vanishing, or cerebral-palsied children walking and talking normally. Although these are all more than wonderful and more than exciting when we witness them while doing this work, healing in its truest sense is much more than that. These “healings” are signs of something much larger. They’re signs of our more comprehensive access to and interaction with the universe. They’re signs of our evolution. A Human Upgrade, if you will.

Our existence is about our continued evolution. I’ve learned that life is about our ability to adapt and evolve. It’s a continual process. Occasionally the process occurs so slowly, so subtly, that we don’t notice it. Other times it takes leaps into obvious apparentness, and it’s anything but subtle. . . .

If a man would allot half an hour every night for self-conversation, and recapitulate with himself whatever he has done, right or wrong, in the course of the day, he would be both the better and the wiser for it.

Dr. Eric Pearl walked away from one of the most successful chiropractic practices in Los Angeles when he and others started witnessing miraculous healings. Since that time, he has committed himself to imparting the light and information of the Reconn Continue reading

Proof That Love Goes On After Death

In her new book, Love Never Dies: How to Reconnect

10 Ways To Unwind And Heal Your Adrendals

“I don’t know what’s wrong with me,” Tanya confess

Have you ever felt called to help others? Do you f