Life lessons from the tee. 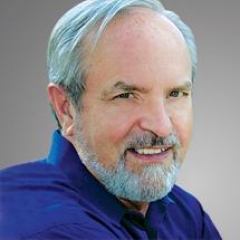 David Shaw tried to sit still in the reception area of the Golden Eagles Country Club, but he was too nervous. He had never met a guru before, and he was feeling sorry for getting himself into the situation of having to meet one now. His life was a mess. He hated his job and his wife was talking about divorce.

Three weeks ago Charlotte had asked him—pleaded with him, really—to see a guru she admired and who, she thought, could help them.

He had called the number his wife had given him and was told that he could have an appointment after he had filled out a questionnaire. The questionnaire asked about his activities, especially the ones that he engaged in with passion. The only passion David was aware of these days was his one for golf. Maybe it was the relaxation he felt on the course, probably not the exercise, and certainly not the social life. Anyway, he listed golf as his passion and figured, what the hell, if the guru was worth seeing he wouldn’t let a little game like golf get in the way.

David saw a pink stretch limo driving up to the entrance to the country club. A large man with a Fu Manchu moustache got out on the driver’s side and walked around to the back of the car to open the door. Out stepped a very small man who looked a lot like Gandhi but was considerably heavier. The chauffeur opened the trunk, which could have held a small oceangoing craft, and took out a slim, tattered golf bag. He carried it like a paper bag into the clubhouse behind the guru.

Guru G. was wearing navy blue gym pants made out of a shiny, silky material, an oversized gray sweatshirt, and sandals. He also had a plum-colored turban on his head with a sparkling blue jewel in the center. Even from a distance David could see that the guru appeared completely at ease in his odd garb and in the unusual surroundings.

Guru G. smiled broadly when he saw David and immediately walked up to him and clasped two hands on David’s right hand. “You must be David. I’m happy to meet you.”

David had no doubt that the guru was telling the truth; he had never seen such congruence in a person—words and feelings in perfect rapport.

“Do you play well?” the guru asked David.

“No, but I love the game,” David responded. “Do you often counsel people on the golf course?” David had been wanting to ask this question to ease his anxiety.

“Let’s not talk shop. I think we should get right to it and go to the first tee. Shall we?”

Guru G. led the way. When they got to the tee, Guru G. asked if he could say a prayer to the spirits of nature and of play. David welcomed him to do anything he wanted. Immediately the guru sat between the blue blocks that marked the most challenging driving area and seemed to disappear in the sheer calm that had come over his body. He sat there for a full 15 minutes, not stiff and certainly not restless, but full of peace and comfort.

At the end of his prayer, Guru G. stood and scanned the area around the tee. “You first, David,” he said with such authority that David stood up to the tee immediately. He felt self-conscious in the spotlight, so he teed up his ball and slowly took his practice swings. He was about to hit the ball, when Guru G., who was standing nearby, said, “David, may I offer a suggestion? Think only of the ball. Look only at the ball. Forget about your swing. Do not swing properly, just swing. Think of your eyes as only concerned with the ball, as though they were inside the ball. Forget everything else.”

David pictured himself smiling from the ball and hit it with unusual ferocity but also some grace. The ball took off from the tee, skimming the treetops that lined the fairway, and then soared into the air. David had always wanted to hit like that.

Now, the guru stood up to the tee. David watched and was surprised to see his swing reach far back on his head, as if for a full, powerful attack. Instead, the club made a modest, easy circle to the ball and hit it a short distance straight ahead.

“Is this how you want me to hit the ball?” David asked.

“No, not at all,” said Guru G. “This is how I hit the ball on this hole in this game today. The ball wanted to go only that far. I don’t know how I can have a good score in this way, but I obeyed my body, and this is what happened.” He laughed, and then grew quite serious. “David, above all, don’t do what I do. You swing the way you swing, not the way I do. In everything, be yourself. Do it in the way that you are at that moment.”

Guru G. got ready for the second shot. The guru stood over the ball. He looked ahead toward the green. Then he focused on the ball. His swing was smooth and quite vertical. Aggressive, you might say, except that it was miraculously relaxed. David heard the club hit the ball with a hollow sound, and the ball flew into the air and traveled 200 yards to land on the edge of the wide green.

David forgot about Guru G.’s lesson on the tee and kept his eye on the green as he smashed his iron into the ball and buzzed it off in the wrong direction. Three strokes later he was on the green with the guru.

Guru G. did not use a practice swing but stepped right up to the ball and putted about 25 feet into the hole for a birdie. David missed his first putt but got the second one in. He was already four strokes behind Guru G.

When they reached the second tee, David delicately asked the guru if they were going to do anything more than play golf. Was Guru G. here to help David with his game or straighten out his marriage?

“Whatever improves your game will also improve your marriage,” said the guru. “So what do we do? Counsel your marriage or give you some golf tips? If it’s all the same, I would prefer, while we are on the golf course, just to play golf. If we play well, the marriage will go well. If we play badly, well . . .”

David had no idea if he agreed with what seemed on the surface to be a preposterous notion. “So there will be no counseling. Only golf lessons.”

“David, you are dividing your life into pieces. Think of your life as a groundhog, the one that lives near the fifth hole. Tear it into pieces and it dies. Keep your life together, like a soft animal. Learn to play golf and you will learn to be married.”

Guru G. bowed to him and smiled. “To win at golf is not necessarily to be a good golfer.”

David was flummoxed, so Guru G. elaborated. “If I win or lose, it is in the hands of God. But if I play well, it is my doing.”

When they got to the eighteenth hole, Guru G. took out a pitching wedge and said solemnly to David. “Forgive me for this, but it is part of the spiritual practice.” He swung with amazing grace and impossible ease, and the ball puffed out of existence, flew off the tee as though lofted into orbit.

“I think it landed on the green,” David said, amazed.

David hit well, but it took him three strokes to get to the green. When they arrived, Guru G. went to the hole and pulled out his ball. He made a 400-some-yard hole in one.

“I won’t ask you how you did that,” David said.

“Life sometimes requires miracles, and so the game has to have its share of them. When you play the game in a certain way, over time, over a long lifetime, you may merit certain skills. One has to learn not to overvalue them, or they can destroy you. You take them in stride, but you must take them. You may now go back to your wife and play golf with her. One day you may need a siddhi, as we call them, a minor miracle, and, if you have been playing well, it will be available to you.”

Thomas Moore is the author of numerous popular spiritual books including the New York Times best seller, Care of the Soul. He is a Roman Catholic and a Jungian psychotherapist. After the success of Care of the Soul and its compan Continue reading