Seeing the World Through a Child’s Eyes 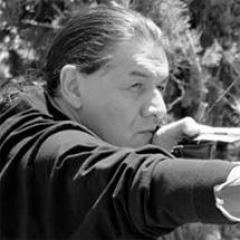 Editor's Note - Here is how Joseph M. Marshall III, a member of the Rosebud Sioux tribe, begins his discussion of tolerance in his book Returning to the Lakota Way: “Long, long ago it was said that all the people spoke the same language. This was in the days when things on the earth were as the Creator had intended.”

As human beings we are shaped by our experiences, especially those out of the ordinary. Survival tolerance is still part of my nature and always will be. For me, and likely other native people, it’s a learned mechanism that is hard to shed. But tolerance is positive as well. My grandparents were extremely tolerant of me, especially in my early childhood. They were tolerant of my moods, behavior, and habits because they cared about me. They had raised my mother and my uncle, after all, and understood how children were. My moods and my behavior were nothing new to them, just part of the reality of childhood. They were part of what I was in those years, and they were not (as I recall) overwhelming or constant problems. The point is that my grandparents sometimes (probably often) had to be tolerant of unacceptable behavior, but never did they have to be tolerant of me as a person. It did not enter

their minds, or later mine, that they had to “tolerate” the part of me that was white, my one-eighth French blood. That seemingly innocuous reality opened a window to a broader understanding for me; it taught me that tolerance for any reason is a good thing because it can be the first step toward the absence of prejudice.

To take this first step, it is not necessary to like one another, as long as we know that we all have the same right to exist. The story that opens this chapter begins with the words “Long, long ago it was said that all the people spoke the same language.” If they had not, the wolf and the raven would not have been able to communicate. And perhaps that language has nothing to do with words after all, but with the simple act of tolerance.

The wolf and the raven disliked one another for reasons that were right and logical for each of them. Their initial tolerance was very limited, based on what each could gain from the other. As their relationship progressed they both learned that they stood to gain much more from each other than that practical exchange. In the end they became friends. They did not tolerate each other in spite of what the other was. As far as I am concerned, they tolerated each other because their friendship far exceeded the perceptions and limitations of “not as good as” or “less than.”
Those factors no longer mattered. What mattered was the value each saw in the other as a fellow being who was part of the world.

Recently my oldest son texted a photograph of his son, my grandson, who is five and in kindergarten. The caption was “Tokahe and his kola.” Kola is “friend” in Lakota. In the photograph my black-haired and brown-skinned grandson (Lakota and Navajo) is standing with his arm around his best friend, who has blond hair and light skin. I doubt that either of these good friends realizes that they are exhibiting unconditional tolerance. At their age, being friends is not a matter of race, creed, or color. It is two kindred spirits forming a bond and having the adventure of kindergarten. For them there is absolutely nothing about each other they need to tolerate. For them it is total acceptance of what the other is. No more and no less.

Innocence is the power that children have, one that we all have but lose when the world shows us what life is really all about—or so we are told. But the memory of the sanctity of innocence should motivate us to strive for it: a full circle back to a state of mind when we could and did look at the world around us without the burden of prejudices. Sadly, many of us cannot divest ourselves of the prejudices we have acquired and learned. We are not strong enough, or courageous enough, to consider that something, or someone, or some situation or circumstance could be different than we believe. We would rather be comfortable with our perceptions, even if they are wrong.

Most of us who have been kicked around by life (and who has not been?) probably think that innocence has no place in the world as we know it to be. Consequently we limit ourselves by looking at life and the world through the small window of our reality. We find a certain amount of security in that. Innocence, though, was the realm wherein we had the ability to see without limits and perceive without prejudice. If we had that ability as adults, we could look at the world as it really is with all its foibles and endless variety. That is tolerance. To be tolerant we do not have to be innocent, we simply have to remember what it was like to be innocent.

Joseph Marshall III was born and raised on the Rosebud Sioux Indian Reservation and is an enrolled member of the Sicangu Lakota (Rosebud Sioux) tribe. Because he was raised in a traditional Lakota household by his maternal grandparents, his first Continue reading