The History of The Tarot

The History of The Tarot 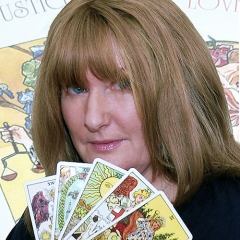 It is believed that the word ‘Tarot’ comes from the River Taro in Northern Italy, where the popular game of Tarocchi was played in the early fifteenth century. Tarot was not originally designed as a tool for divination, but as a card game that became popular as a fortune-telling aid in the late eighteenth century.

There have been many stories as to the origins of Tarot. Some believe it evolved in Egypt, or it was bought to Europe by the travelling Gypsies.

A Swiss clergyman, Antoine Court de Gébelin, who published Le Monde Primitif, a study of religious symbolism, believed that Gypsies were the descendants of the Ancient Egyptians, and that they were the first to use Tarot cards for divination. However, there is no proof to support this theory. 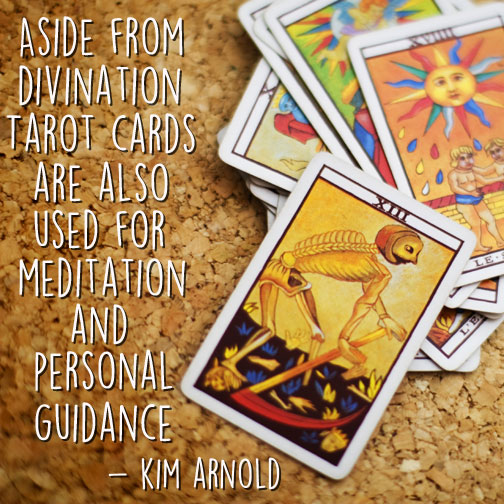 The first known Tarot deck of 78 cards was discovered in Italy in 1442. This is confirmed by the court records in Ferrara, Italy, and is the first true evidence of their existence. In the fifteenth century, Tarot cards were hand painted and were owned only by the wealthy. During this period they were used for gaming, not for fortune telling. Often the images included members of the family, which provides a glimpse into the lives of the nobility during this period.

From the late eighteenth century to present day, Tarot has evolved far beyond being a tool for fortune telling. Aside from divination, Tarot cards are also used for meditation, mind mapping and spiritual and personal guidance.

As Tarot readings become mainstream, people from all walks of life are turning to the Tarot for guidance in decision-making. In the past, I have been employed by stock exchanges around the world, which made major decisions on the turn of a card. It is important to stress that everyone has free will, and even if the advice offered by a Tarot card is perfectly clear, it is still your choice whether to follow it or to make your own decision.

The biggest influence in modern Tarot is the Rider Waite Tarot deck. It was created by the mystic Arthur Edward Waite and the artist, illustrator and writer Pamela Colman Smith (known as Pixie), and was published in 1910. The legacy of the deck continues to thrive today, and many modern decks still use much of the early Rider Waite symbolism.

The Tarot: Learn How To Read And Interpret The Cards by Kim Arnold will be published by Hay House on Monday 30 March 2015.

Kim Arnold has been aware of her psychic abilities since she was a child. Her readings are uplifting, motivating, positive and reassuring, and her cards help to guide her clients through life's challenges to find a bett Continue reading