The Key To Creating Financial Abundance

The Key To Creating Financial Abundance 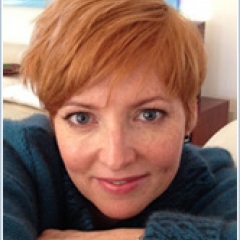 Editor's Note: Julie Ann Cairns is one of the most popular speakers of the 4th Annual Hay House World Summit going on now until May 26th, 2016. Sign up here to listen for FREE. 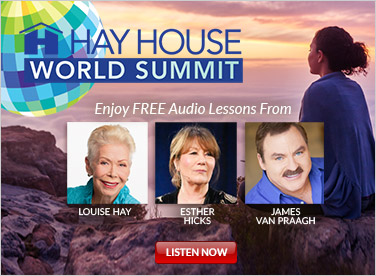 Would you rather do things just because you want to and not because you have to in order to pay the rent or the mortgage? Would you like to take more holidays or spend more time with your family?

Do you want to be able to retire early?

Do you want to be financially free?

If you answered yes to any of these questions, do you know how you can achieve those things? 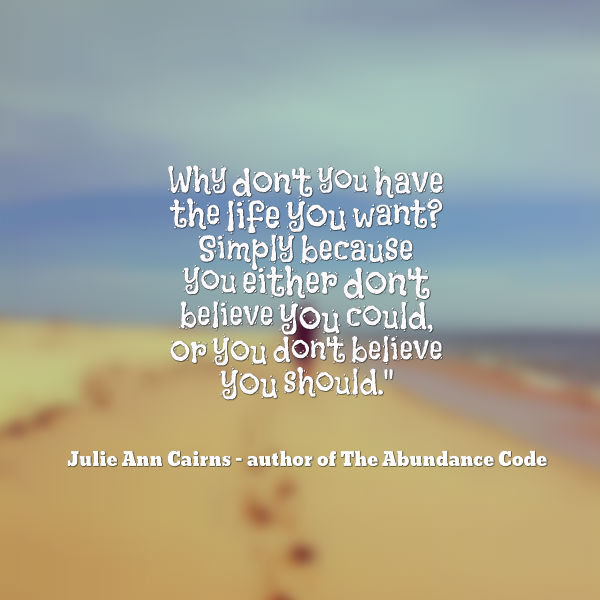 I work in the field of wealth creation, so I’ve interacted professionally with hundreds of people who were also striving to achieve financial freedom. Some have been successful; some have not. Some, like me, experienced repeated cycles of success and failure.

I’ve known wealthy people who’ve grown up with money, for whom wealth is an accepted and expected state of being. I’ve known poor people who’ve never had wealth and simply do not believe they ever would or could. And I’ve seen pretty much everything in between. I’ve also experienced most of those states of mind myself due to my own crazy roller-coaster ride with wealth.

The turning point for me came in 2008. My company was in trouble as a result of the global financial crisis. A couple of years earlier, my partner and I had borrowed money to expand the business. As a result, we had a significant amount of medium-term debt that just happened to be due to mature in December 2008.

The global financial markets crashed in October 2008. That was a scenario that I hadn’t seen coming. I hadn’t anticipated the extent of the crisis. I don’t think many people had, nor the wide-ranging consequences of it.

We were staring down the barrel of bankruptcy. I had just taken over as managing director of the company, and that looked like it might be a very short-lived promotion! 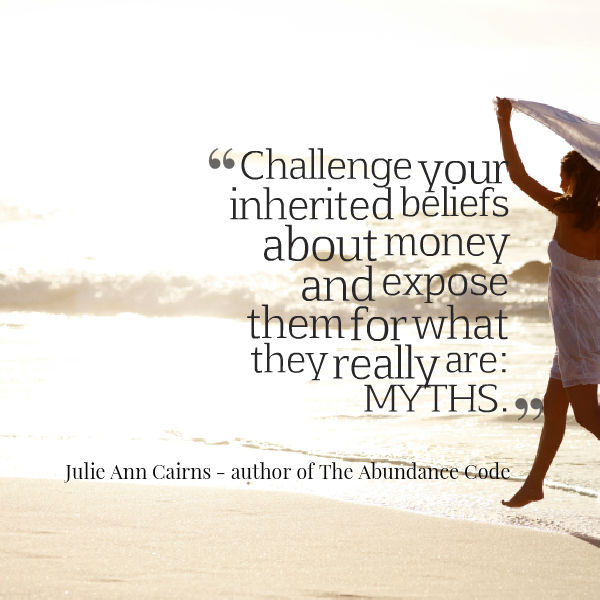 I’d lost plenty of money plenty of times before, but not since I was a child had I been so close to losing everything. It took coming to the brink for me to finally recognize the pattern, to trigger an epiphany. At last I saw the powerful effect that my subconscious beliefs were having on my life.

I hadn’t seen the same symptoms of sabotage in my own psyche—until I nearly lost it all. Only then did I wake up to the fact that I, too, was in a mental battle with my limiting subconscious beliefs, and they were winning! They were winning because . . . they always do.

Finally, I started to see how limited my own mental programming was regarding money, wealth, and success. I saw how and why that programming was causing such a fruitless and exhausting cycle of success and failure for me. I saw it . . . but I felt as though I was powerless to fight it.

Luckily, someone had previously recommended an excellent book called The Power of Your Subconscious Mind by Joseph Murphy, which I read many months before the crash. The book is a classic that was originally published in 1963, and the title pretty much sums it up. According to the author, every outer experience—good or bad—can be seen as a natural consequence of deeply held subconscious beliefs.

The book contained some practical exercises for overwriting subconscious beliefs, yet I hadn’t used them. But when I found my back against the wall and was facing imminent financial ruin, I was willing to try anything. So I made a decision, a momentous decision, a decision that would change everything . . .

I decided not to fight. I decided to overwrite.

I questioned whether it could in fact be that easy. Could I actually change my outer experiences just by doing some simple exercises to overwrite key aspects of my subconscious programming? But I suspended my disbelief and decided to give it a try.

And—boom! It started to work.

The Power Of Belief

Since then it’s been, well, sometimes exhilarating and sometimes scary. A lot of change has happened for the better.

Once I was onto the idea that all real change comes from within my own subconscious mind, I did a lot more research on how to reprogram myself for success, health, abundance, emotional freedom, financial freedom, happiness—whatever I wanted. That’s how I discovered my own Abundance Code. The secret to unlock wealth and prosperity lay in the proper programming of my subconscious mind.

3. Jot down in a journal or discuss with a friend or a group any insights you have gained from doing this exercise.

List all the times when money was coming into your life easily and all the times when it was not. Note the periods when your financial situation was difficult or you felt as though you were living in a condition of scarcity. Write down points when you felt a sense of abundance in life. What was the sequence of events? What was going on in your life at the time? How were you feeling? Journal about it and contemplate whether there might be any thematic threads coming up around this topic for you.

Be curious. Start collecting stories, because you can learn a lot from others. Ask the people you know about their history with money, from their childhood until now. Ask them what they feel their parents taught them to believe about money. Try to collect stories from as wide a range of people as possible, with different backgrounds and from different generations. (Hint: If you can ask your own parents these questions, the answers are often very revealing.)

If you meet someone whom you feel has an aspect of their life arranged in a way that you think is desirable, ask them about it. Maybe they have wealth or all the free time they want, or maybe they do what they love. How did they get there? What were the key steps for them? What, if anything, would they do differently if they had it to do over?

I started to listen very closely to the ways that people spoke about money. And I began to see a connection between the kinds of things that people say—the subtle clues they let slip about their underlying beliefs about money and success—and their actual level of financial success. I slowly connected the dots and realized that the mysterious secret ingredient might just be beliefs.

Suffice it to say that after many years of study and reflection, after the personal epiphany I had about the importance of my own subconscious beliefs, and after much observation and interaction with my clients, I finally got clear on what I felt was the essential formula for success. And I understood why some people consistently fail to achieve it.

It’s actually a pretty simple formula when you break it down:

I’ve made some great money in business and in my investments. I’ve also made plenty of stupid investment decisions over the years, going into things for the wrong reasons, which then turned out badly. I think this was my experience simply because I believed that kind of crazy, stressful roller-coaster ride was normal.

Over the years I’ve had to learn that life does not have to be jam-packed with drama all the time. My emotional and financial life can be smooth. It can all be peaceful and easy. Now I have installed a belief that my financial situation is stable and my wealth is steadily growing. And so it is.

My book, The Abundance Code illustrates the 7 myths, or subconscious barriers we put up between ourselves and attainment of abundant wealth and freedom.

Julie Ann Cairns has over 20 years of experience in analyzing global economic trends and financial market conditions, including 9 years studying various aspects of economics, statistics, and finance, and 15 years of postgraduate experience in the Continue reading