Can the spirit world help find your soul mate? 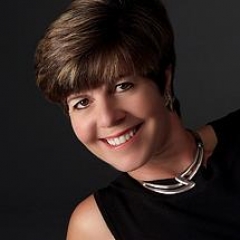 AS MUCH AS SHE HATED blind dates, Anne had taken care to make sure she looked nice. Her soft curls framed her face just the way she liked, but these days there was almost as much gray hair as brown.

Why am I doing this? she wondered. What have I done?

The phone rang. She wrinkled her nose and glanced at the street. With a shake of her head, she left her perch and went to answer it. Anne had no time for business and quickly ended the call. Just as she replaced the receiver in the cradle, the doorbell rang. Her hands curled into frustrated fists. Once a visitor passed the stoop, they were too close to the house for a view from the bedroom, and the front door had no windows. She’d have to take her chances with Wayne.

She started down the steps and was halfway to the foyer when her father’s voice spoke to her as clearly as if he were waiting at the landing: He’s here now.

Anne stopped. The fact that her father had spoken to her wasn’t so unusual. She heard from his spirit every few weeks. It was always special when he visited, but this time it was the way he said the words that got her attention. His tone was such that Anne had the distinct impression her papa had already checked out her date—perhaps he’d even been involved in bringing it about. At the very least, she sensed that her father approved of the man waiting for her on the front steps.

She continued slowly to the foot of the stairs, praying that she could get through the evening without showing how badly she hurt. The pain in her back and legs increased with each passing day. She straightened her dress and took a deep breath. Unable to keep her date waiting any longer, she opened the door.

The first thing that struck her were his eyes, followed closely by his smile. There was a rugged manliness to his looks, but at the same time a gentle kindness.

Wayne hoped his palm was dry; his mouth certainly was. He had no trouble smiling as he returned Anne’s handshake. Elisa had said Anne was pretty, but she was more than that … she was beautiful.

Anne invited him inside, and they exchanged pleasantries while enjoying some hors d’oeuvres that she’d prepared. Before the small talk could falter, Wayne suggested they move on to dinner. He drove her to Duangrat’s, a Thai restaurant he enjoyed in Falls Church. He noticed as they crossed the parking lot that Anne seemed to be in some pain. When he asked her about it, she briefly described her troubles and the doctors’ inability to diagnose the cause. Wayne had the feeling that she was downplaying her discomfort and found her self-discipline impressive.

They chatted comfortably while waiting for their food to arrive. Wayne hesitated to discuss anything too heavy or deep, but Anne’s questions showed that she wasn’t shy when it came to sharing her philosophy.

The Catholic Church had no official position on mediumship; some priests were enlightened and others were suspicious. He was fascinated as she talked about her psychic abilities as if they were the most natural thing in the world.

She’s so spiritual, he thought.

Anne had never spoken at such length with a priest. She understood that Wayne had left the priesthood, but it was obvious that his faith was still an essential part of his life. She’d worried that he might be rather rigid and that his Catholic beliefs would conflict with her own. From what she’d heard so far, his God was no different from hers.

He’s so spiritual, she thought.

The time passed far too quickly for both of them. They could have talked for hours more and would have done so were it not for the empty tables around them and the anxious smile from the manager waiting to turn out the lights.

Wayne drove Anne back to her town house and helped her up the steps to the front door. She thanked him for his assistance as well as for the lovely evening. He assured her that the pleasure was his; then he leaned in and gently touched his lips to hers.

“May I call you again?” he asked, his eyes hopeful.

“I’d like that very much,” she replied with a shy smile.

And so the engaging love story begins…

Suzanne Giesemann is a writer and popular motivational speaker focusing on personal excellence and spirituality. She is a former Navy Commander who served as a Commanding Officer and aide to the Chairman of the Joint Chiefs of Staff on 9/11. An avid Continue reading