The Most Positive Person I Know

The Most Positive Person I Know 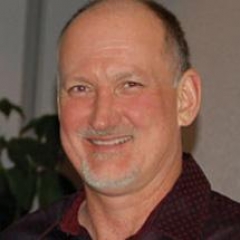 I’d like to tell you about the most positive person I know. You probably have a few guesses since I spend a lot of time with authors and spiritual teachers who profess powerful messages about positive thoughts and how when we change our thinking, we can change our lives. But you may be surprised when you hear his name. He has never been on stage or written a best-selling book. Yet every time I see him, he stops me in my tracks by his positive and caring attitude. I call him Marvelous Marv. He’s my father-in-law. 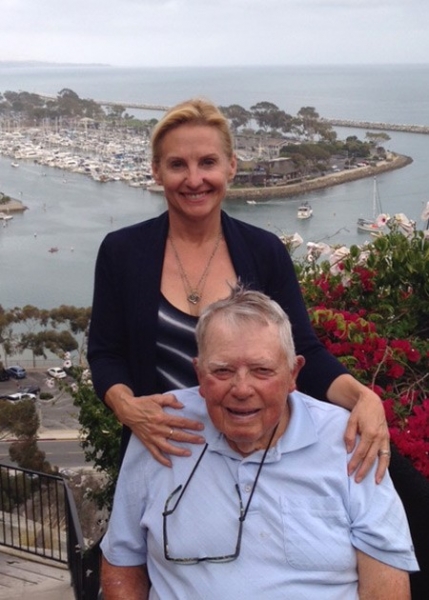 Here’s a great father/daughter photo with Marv and my wife, Kristina.

I’ve known Marv for 18 years. He’s had a myriad of health problems, but none of them seem to dampen his positive outlook on life or dim the light of love in his heart. Marv has had issues with blood clots in his legs for over 20 years. But they haven’t stopped him yet from doing what he loves until recently—especially playing golf. When I play golf, I get very upset if I make a bad shot and have to channel my inner Louise Hay to maintain my positive attitude. But not Marv. He’s just happy to be out there playing. 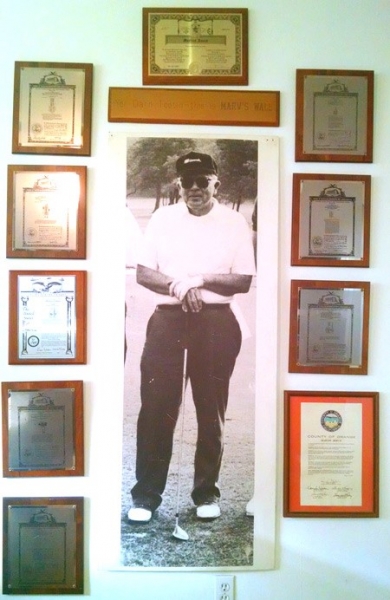 This is “Marvin’s Wall of Patents.” It includes patents that Marv received for several of his inventions, along with a great photo of Marv as a “young” golfer.

For Marv, his family is his world. He’s always thrilled and excited to be around the people he loves. I can see the light in his eyes whenever we get together and he’s playing with his grandkids and sharing some of his amazing stories with us. Marv is 88 years old now and his most recent health blows include the progression of his bone cancer to Stage 4 and a broken neck. Most people would say these are very legitimate reasons to go deep into depression and even give up hope. But not Marv. If he sees a glimmer of worry in any of us, he’ll do anything to keep us from feeling down. “I am GREAT,” Marv will reassure us. “Yer darn tootin’ I am going to make the best of this.” 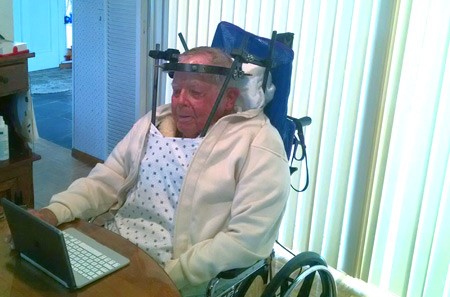 Here’s a recent photo of Marv with his neck brace. My wife Kristina calls it his halo, since her Pop is truly an angel.

Last week, I was amazed to learn about Marv’s latest adventure. He had the local auto dealer driving over to his house with a selection of cars. Marv was determined to find the most comfortable car that he could get in and out of with his new neck apparatus! How could anyone think that their worries are anything but trivial when they see how Marv embraces life? 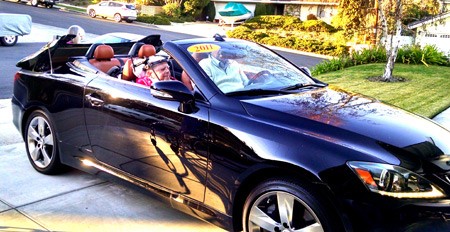 Here is Marv testing the fit of a new convertible.

It turns out that instead of a new car, Marv found a local transportation service that will pick him up—wheelchair and all—and take him and his wife to all their favorite restaurants and social spots in town for about $3 a ride. He’s so happy that he can now go anywhere he wants and doesn’t have to squeeze in and out of a car. By the way, his first trip with this new pick-up service was a visit to the beach. 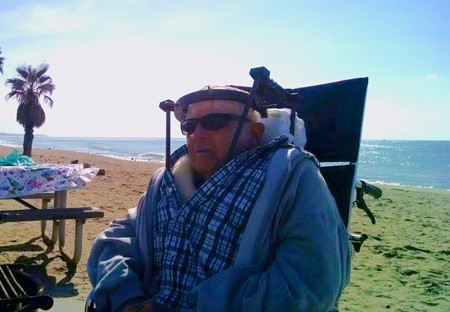 Marv already called the new transportation company for his first trip with them to the beach.

Marv is an incredible reminder that our attitude has the greatest effect on those around us. It’s impossible to think your life isn’t going well when you’re around people like him. Marv has every reason to complain with all of his health problems. But instead, he makes the best of every circumstance in his life—even those circumstances that would have 99 percent of us complaining and giving up.

My sister-in-law Lisa, who works here at Hay House, also holds a special place in her heart for Marv as I do. Whenever we see each other in the hallway or lunchroom, we always talk about how amazing and upbeat he is with all he’s been through and how he makes us feel better just by being around him. 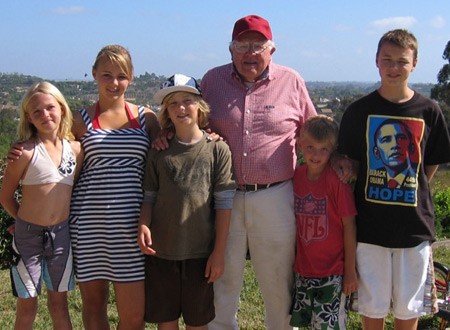 Marv loves being surrounded by his family. This photo was taken on Father’s Day five years ago, with all of his grandkids, (from left) Ava, Natalie, Sean, Marv, Dane and Evan.

Let’s do something this week to honor all the Marvelous Marvs in our lives—those positive people who keep us going and keep pointing out the silver linings. Let’s try to keep a positive attitude this week no matter what circumstances life brings us. And let’s see how this new attitude will impact our lives and those around us. Marv has been beaming with his cheerful attitude for 88 years and counting, and has changed many lives. Let’s see what our one week can do. 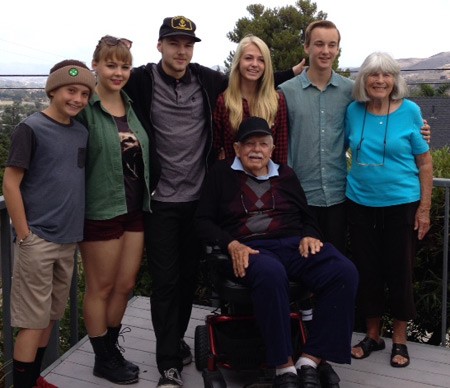 Here’s a more recent photo we took last year of Marv in his electric wheelchair, which he named “Bruno.” From left are grandkids Dane, Natalie, Evan, Ava and Sean, and Marvin’s wife Tootie.