The Most Spoiled Dog in Paris

The Most Spoiled Dog in Paris

How compassion saved more than the canines. 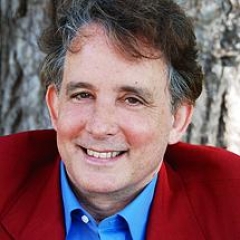 When I lived in Paris in my 30s, I had a friend who was in her early 80s and lived in a studio with two blind dogs and a cat with three legs. In her youth she had acted in a series of bad films that made her rich and briefly famous. Until the age of 50, she told me, she “never had a serious thought in [her] head and lived an idiotic life.” At 50, however, everything changed. Film parts started to dry up; she invested her money with a Moroccan financier who ran off to Marrakesh; her much-loved but much-neglected son was killed in a car accident; a lover used, humiliated, and betrayed her with one of her best friends. Alone and depressed, she sold her houses and dresses and bought a one-room studio in a remote, dangerous suburb of Paris. For a year she cut herself off from her old friends and lived on bread, cheese, and vegetables she scrounged from shopkeepers who remembered her as a minor queen of French cinema.

Her life did not change because she had a vision or met a master or suddenly fell in love with God. “I did not meet Jesus,” she used to say tartly, “I met a dog.” One afternoon she was wandering stoned, hungry, and desolate around her dingy neighborhood, wondering why she bothered to go on living at all, when quite suddenly, as if from nowhere, a small, knife-thin, clearly starving mutt with big floppy ears tottered toward her out of a doorway and fell at her feet. “I was so stoned and lost,” she told me, “my first instinct was a kind of anger. How dare the dog do this to me? How dare I be reminded that there might be beings on the earth suffering even more than me? I wanted to kick it in the teeth.” She did not kick the dog, however; she knelt down in the filthy street, took him up in her arms, took him home to her studio, nursed him back to health, and kept him with her until he died peacefully in his sleep ten years later, “the smelliest but without a doubt the most spoiled dog in Paris.”

What she discovered on that afternoon went beyond even the joy of rescuing one helpless and abandoned creature. What she discovered was the cause she would devote herself to that saved her life and restored her hope: animal rights.

My friend became a tireless rescuer of abandoned animals. She never made any real money again, but with the tiny amounts that came in from radio and TV appearances and a hilarious and scabrous memoir, she bought an old red-and-blue van and transported animals who had been found abandoned and abused to friendly homes.

I rang her one day and asked her, “Are you happy?” She paused and then said softly, “I’m happier than I’ve ever been. And not because I made those films all those years ago. I don’t even know who that woman was, and I’m not sure I care. What an idiot she looks in all those period wigs. What makes me happy is that I know I have saved some lives—not for long, of course, since Mr. Death gets us all in his bag in the end, but perhaps for long enough for a few animals to know that not every human being is a self-centered”—and here she used a favorite French word, crapaud, which translates into (I’m being euphemistic) “arrogant bastard.”

Two weeks later I was at her funeral. It was held in her squalid neighborhood, in a crumbling anonymous hall. Her friends read her favorite poems aloud, played her favorite Edith Piaf songs, and drank down rivers of red wine in her honor. That was touching enough, but what made her funeral one of the most poignant and celebratory of any I have attended is that the music and poetry and laughter and half-drunk reminiscences were punctuated by one constant, wild, glorious sound—the sound of dozens of dogs of all kinds and sizes barking in chorus. About 80 people had traveled from all over France to honor my friend and her fight for animal rights, bringing with them the dogs she had once brought them in her battered van. The greatest eulogy she could ever receive was that yapping chorus of the dogs her fierce compassion had saved.

Andrew Harvey is an internationally renowned religious scholar, writer, and teacher, and the author of over 30 books, including the critically acclaimed Way of Passion: A Celebration of Rumi, as well as Journey to Ladakh, The Return of the Mother, Continue reading

Too Many Senior Moments?

Changes that were once labeled milestones in growi

Who You See When You Die

It’s not unusual for the dying to have visions of

Connect To Your Pet’s Heart And Help Them Heal

Many of us have longed to have the ability to dire

Making changes can be tough. If you’re working to

The Extraordinary Joy of Living with Ease

Many of us experience moments of living with ease

We’re moving toward a spiritual evolution where we

Little babies love every inch of their bodies. The

The beginning and the end reach out their hands to