The Power of Animal Communication

The Power of Animal Communication 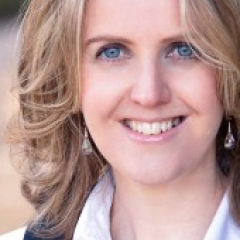 Editor's note: In this article Pea Horsley, the author of The Animal Communicator's Guide Through Life, Loss and Love, shares a story from her work as an animal communicator, which shows how interspecies communication can bring people and animals closer than you might imagine...

Many people have deep bonds with their animal companions. Horse-lover Ali was no exception when she approached me about her 8-year-old dark bay thoroughbred/Irish Draught X, Molly. 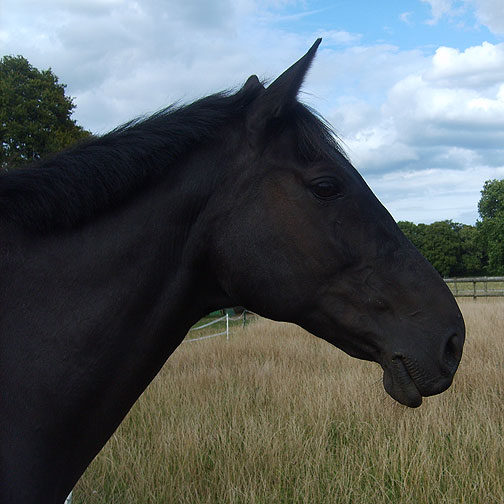 When out hacking, they worked in perfect partnership and would go for miles, happily trusting in each other’s company. People would often comment on their amazingly close relationship. However, when asked to do work in a training school, Molly refused to listen to anything she was asked and Ali declared, “She sticks her head in the air like a child putting their hands over their eyes while singing ‘la-la-la’ because they don’t want to hear.”

I connected with Molly via her photo and started to note the impressions I received. Molly seemed gentle and wise, but she also had an opinion on everything. I would call Molly a ‘commentator on life’. She showed me that her stable gate was hinged on the right side, and her hay bale was on the left, and then declared that her favorite fruit was apples.

Molly also shared her feeling on dressage – “Dressage...No!” She stated that she didn’t see the point in ‘school work’ and going round and round in circles – “Why? What’s the point? It doesn’t get us anywhere.” When she heard this, Ali responded that Molly was the most verbal, opinionated and intelligent horse she’d ever met, and that ‘commentator’ was a perfect description for her. She further verified the impressions I had been given.

Ali wanted to ask Molly, “Please tell me where I am going wrong?”

In answer, Molly communicated that she felt claustrophobic, restricted and frustrated in the school and that the work unbalanced and upset her. She also communicated that she didn’t like the teacher and preferred to work things out alone with Ali. Her message to Ali was “You’re listening to others – not to yourself. Make it just the two of us. Let’s work it out together. We don’t need their input. Make it about us.”

Molly further gave the sense that something she had experienced in the school had caused her to shut down. When I asked her to explain, she shared that a woman had taken her into the school without Ali’s knowledge. She went on to describe her physical attributes. Molly wanted to tell Ali, “The woman was all over me”, and she pictured the teacher galloping her round anti-clockwise, which Molly described as “breaking her down”.  She gave the impression that this had made her feel sore, sick and nauseous. Molly had wanted to stop and rest but was not allowed.

I went through Molly’s communication with Ali over the phone and she was able to recognize her description of the woman. She elaborated, “Molly and I were best friends prior to your communication, but I feel that we have reached a new level of understanding and are closer than ever.

"I have given a lot of thought to the terrible time she told you about when she was taken without my knowing. I mentioned to you before about a girl who I thought I could trust but who beat Molly with a stick. On several occasions this girl took her out of the field and into the school to improve her jumping while I was at work. Molly was not to know that it had been arranged with me, and may well have felt she was taken without my knowing. The girl used to canter her quite fast around the school before jumping her. It was at about the same time that she damaged her suspensory ligaments – you mentioned that she had possibly sustained the injury on take off when jumping.

"You also mentioned her not wanting to jump now, which is fine as I don't enjoy it either. It all adds up and makes a huge amount of sense to me, as well as filling me with sadness and guilt, for which I can only ask her forgiveness. I have started giving her positive reassurance on all her concerns and will continue until she doesn’t doubt that she is safe and loved by me forever. There is some negotiating to be done on the schooling!”

Animal communication comes into its own when we are seeking clarity on situations that can’t be understood or explained by animal psychology or veterinary examination. Sometimes what is needed is a heart-to-heart interspecies connection.

Pea Horsley is the UK's most highly regarded animal communicator. She is an internationally renowned workshop facilitator and the author of Heart to Heart. Pea is passionate about helping people awaken to the teachings the animals wish to share. V Continue reading