The Road to Reality

The Road to Reality

Getting voted off the island. 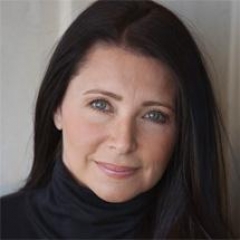 Every so often, you meet a person who almost magically alters the course of your life. A person who pulls back the curtain—and shows you a whole new world that you’d only imagined might exist. Somebody with whom you happily link arms, forming a team that knows no bounds. For me, that person was a handsome Englishman named Mark Burnett.

The man who became the most influential person in my life is a talented and hard-working entrepreneur who has a sixth sense about what’s just around the bend. For the thirteen years that we were together, anything and everything seemed possible—and we worked hand-in-hand to launch Eco-Challenge, which became the premier epic-adventure event in the world. From there, we gave birth to a show that would change television history, Survivor. Mark sold it to CBS in 2000; with my husband in the executive producer’s seat, and with me at his side, the series became one of the most-watched programs in the U.S.

With all due respect to Mark, I was often the Horatio to his Alger in our rags-to-riches story. I was the behind-the-scenes kingmaker, and the muse who delivered his “signs,” as well as his personal cheerleader.

The fame and success that we’d dreamed of together was thrilling when it arrived—but it dramatically rearranged our world overnight: Before I knew what was happening, our marriage fell apart. At first, I was devastated; looking back on it, I view that parting of ways as a lesson in self-empowerment. When I was cast off of Mark’s island, I took back my own power and recast myself in a new role: producer—in all senses of word, including being someone who tries to produce a positive effect on the world.

I hope that people who find themselves in similar situations—who are asked to rebuild their lives and forge new paths—will find inspiration in this story. At the end of the day, I’ve realized there are no mistakes: everything—even bumps in the road—provides a lesson that’s necessary for us to evolve, and to get wherever it is we need to be. But the meaning in human life, it seems to me, isn’t always obvious when we’re trying to get somewhere; the meaning can only be seen when we celebrate where we’ve been.

Dianne Burnett is an author, producer, andactor of stage and screen. She is also a philanthropistand entrepreneur. Continue reading