The Shamanic View Of The World

The Shamanic View Of The World 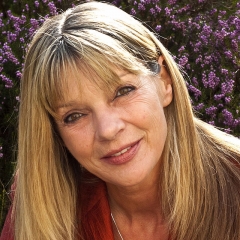 The traditional shamanic world-view, which is shared by contemporary shamanism (although sometimes described in more modern terms), is based on the profound experiences shamans have within altered states and other realms.

It is also informed by their intense connections with the natural world, their rites and initiations, and the knowledge passed on to them by their ancestors, teachers and spirit teachers.

Here are the key concepts:

Everything is made of vibrations/energy fields and is connected

Experiencing and exploring reality from different planes of consciousness, shamans perceive the universe in the form of vibrations and energy fields and come to the only possible conclusion: the universe is a living being, energetic/vibrational in essence, in which everything is connected.

Or, in other words, the world beyond the materially visible one is an evolving web of vibrating fields, which we would now call the ‘quantum realm’ or ‘the pool of consciousness’.

It is worth mentioning here that this view seems to be increasingly confirmed by science, especially by physics, higher mathematics and biology, and is now being used as the basis of ecology and energy psychology. 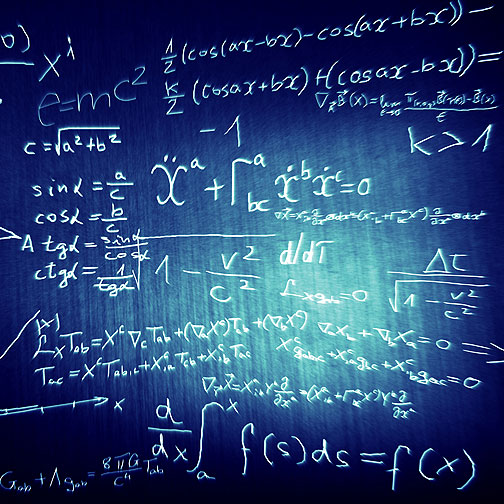 Everything contains a life-force essence: spirit

Connected to the view that, on a deeper level, everything vibrates and is energetically interdependent is the notion that everything contains an energetic essence. In shamanism this is called ‘spirit’.

‘Everything’ means literally everything: animals, rocks, plants, rivers, lakes, oceans, stars, galaxies, humans. ‘Spirit’, in contemporary terms, consists of vibrating patterns that carry information. So if we refer to the spirit of a particular plant, star, person, animal, stone or any object we can think of, we are talking about its unique vibrating patterns and, most importantly, the information these patterns carry.

It is this spirit essence, loaded with information, that makes a being what it is – a human a human and a tree a tree – but it also transcends this because it is a basic life- force that exists throughout the universe, manifesting in different forms.

There is a source: Spirit, Great mystery or Great Spirit

As the name ‘Great Mystery’ implies, we don’t know its precise nature. We only know that it is seen as an original source that manifests in countless forms within a universe that creates and recreates itself and has no limits in time and space. This source is undivided and whole, and is perceived as being sacred in every traditional shamanic culture.

To understand this concept better, we could replace ‘Spirit’ or ‘Great Mystery’ with the more contemporary terms ‘Source’ or ‘Oneness’. So there is this Source, this Oneness, which is perceived in all spiritual systems as being undivided and from which all aspects of creation arise.

This source can only create if it divides, or, as Deepak Chopra says: ‘Out of itself, Oneness creates the many.

If we look at nature, we can see that all life evolved from a single cell-division or, if we look at the Big Bang theory, there was an explosion of something whole that then divided. In spiritual terms, we talk about creation from the original Source. 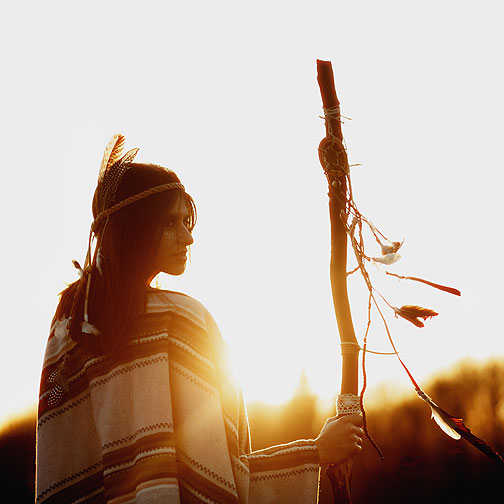 Everything is sacred and evolving

Now, if this is so, then all the different aspects of creation, past and future, are already, in the form of potentialities, inherent in this original Source. If we take this further and postulate, as many have done lately, that the still-expanding universe has a holographic quality, based on the physicist David Bohm’s theories, then all the potentialities, as well as the original Oneness, are everywhere, because from the first moment of division onwards, the ‘potentiality within the original source’ is reflected holographically throughout the universe.

Following on from this is the shamanic notion that everything is evolving in a ‘sacred dance of creation’. It is in a state of ‘becoming’. If we look at expressions such as ‘All life is sacred’ or ‘Nothing should be done to harm the children’, we understand that shamanism entails striving for a life that honours the sacredness and continuity of creation.

We are spirit in essence

In the shamanic world-view, we, like everything else, are essentially spirit in manifested form, albeit a rather complex one. Therefore our lives are expressions of a spiritual intention, a potentiality seeking to manifest itself at its fullest: we, too, are in a state of ‘becoming’.

We have a soul

So, we are spirit, which is the underlying life-force. But in both traditional and contemporary shamanism you might encounter a differentiation between ‘spirit’ and ‘soul’. Some cultures assume one soul, whilst others speak of three souls. Here it suffices to make a general distinction between soul and spirit.

Spirit, as an essence, contains all the life-force possibilities there are – in potential form all that we as humans can become. The part of us that knows this and drives us to become all we can be is our individual soul. Our soul also knows the energetic imprints we carry in the form of individual and collective experiences (which some call karma). So it is our soul that provides us with an inner voice, compass and direction, reminding us, often in little whispers, that there is more, and it is our soul that suffers if we don’t follow this ‘spiritual path of becoming’. 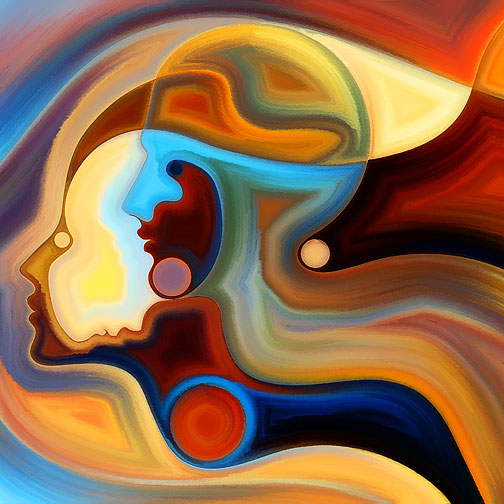 Our soul can be altered by our experiences during every lifetime. It can be split, diminished and hurt. In shamanism, it is assumed that it is mainly the ‘loss of soul’ that causes emotional, physical and mental disease as well as a diminishing of vital life energy. An important task of the shaman is to travel to different worlds to bring back these soul parts and reintegrate them in the individual or the community.

Spirits, from a shamanic point of view, are entities in these different worlds – the spirit realms. They are experienced as non-material and intelligent, and they provide the shaman with information, power, energy, help and wisdom.

The shaman always works with spirits, especially with guides and spirit helpers, ancestral spirits, animal spirits and nature spirits, and cultivates a profound and respectful relationships with them.

Everything is treated as being real

Shamans are on the whole not too concerned with what can be proven, at least not in a scientific sense. From a shamanic perspective, everything that can be experienced is real, whether it exists in the form of matter or the form of energy and whether we experience it in our normal state of mind or in an altered state.

So, in shamanism, parallel universes, different layers of reality, infinite possibilities, immanent potentialities and various states of consciousness are not puzzling. For the shaman, there is no sense of the ‘natural’ versus the ‘supernatural’, or ‘reality’ versus ‘fantasy’. There is only that which we can see and that which is hidden, and the visible and invisible are not only connected but equally real.

Christa Mackinnon is a psychologist, family counsellor and clinical hypnotherapist whose life was transformed by her discovery of shamanism. She has trained with numerous well-respected shamanic teachers, is the author of&nbs Continue reading

I was recently asked what it was like abandoning a

Are You Addicted to ‘Gloom and Doom’?

An old acquaintance of mine recently wrote an arti

Easy Affirmations For Positive Self Talk

Attitude is vastly important because it presents y

When Meridian Tapping was first used in the 1970s,