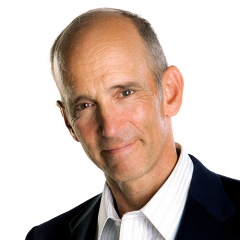 I wrote the Fat For Fuel Ketonic Cookbook with award-winning chef Pete Evans, to help explain how to implement the dietary changes necessary to make the shift to fat-burning by making naturally delicious unprocessed meals your new routine.

In the United States, about 75 percent of men and 67 percent of women are now either overweight (with a Body Mass Index, a calculation of your weight in kilograms divided by the square of your height in meters, also known as BMI, over 25) or obese (a BMI over 30)—that’s three out of four men and two out of three women.

There are certain trends in food and eating that contribute to this epidemic.

These primary culprits are chock-full of ingredients that both individually and in combination contribute to metabolic dysfunction and hard-to-control weight gain.

Marketing makes these highly processed and GE foods seem irresistible and ubiquitous. The siren call of convenience, too, is hard to resist for a population that feels more and more strapped for time.

Farmers are incentivized to grow ever more GE corn syrup, GE vegetable oils, and GE sugar to the point that these ingredients are now foundational in the U.S. diet and are increasingly found worldwide. Wherever a highly processed diet becomes the norm, obesity inevitably follows.

Most conventional physicians, nutritionists, and public health experts have long claimed that dietary fat promotes heart disease and obesity, due in large part to a misinformation campaign based on faulty research that began in the mid-20th century.This deception has caused people to
follow conventional low-fat, high-carb diets, which has ruined the health of millions.

For the past five decades, many people have turned away from healthy fats like butter, eggs, and full-fat dairy and shifted to whole grains and cereals instead. This is in response to conventional wisdom to eat a diet high in complex carbohydrates and low in saturated fat.

However, many recent studies have found that replacing saturated fats with carbohydrates actually leads to detrimental cardiometabolic consequences, as well as increased risk of obesity, inflammation, heart disease, and cancer.

Not only are saturated fats essential for proper cellular and hormonal function, but they also provide a concentrated source of energy in your diet that does not cause a surge in blood sugar or insulin, which means they help you lose excess pounds and maintain a healthy weight.

Saturated fats from animal and vegetable sources provide you with a number of important health benefits and help in the proper functioning of:

They also promote satiety, reducing your hunger pangs so you avoid binge eating and unhealthy food cravings. By following a high-fat, low-carb diet, you will be able to optimize your weight and avoid virtually all chronic degenerative diseases.

One of the most important steps you can take in recovering and maintaining your health is to drink clear, pure water. Drinking any type of soda can massively disrupt your ability to achieve health.

Many have fallen for industry claims suggesting that no- or low-calorie “diet” foods will help you lose weight and allow you to indulge in the sweeter side of life without harmful effects, but studies have repeatedly blown massive holes in these claims. Research has shown that artificial sweeteners produce
a variety of metabolic dysfunctions that promote fat storage and weight gain and many studies have directly associated artificial sweeteners with an increased risk of obesity, diabetes, and metabolic syndrome.

For decades now, you’ve been hearing that the undisputed formula for losing weight is to eat less—particularly less saturated fat— and exercise more. The cruel paradox is that you simply can’t out-exercise your mouth, especially if you are eating low-fat and high-carb foods.

Since excessive insulin cues your body to store calories as fat, high insulin prevents fat from being released. Furthermore, no amount of exercise can compensate for this. This is why it can seem nearly impossible to lose weight when you’re eating processed foods filled with refined carbs and high-fructose corn syrup, and why cutting carbs is so critical when you’re trying to lose weight.

Here's a recipe from  Fat For Fuel Ketonic Cookbook  to help you make naturally delicious unprocessed meals part of your new routine.

Cook up a couple of chickens during the week—you could roast them, strip the meat off, and make a broth from the bones, or you could poach them in a stock before stripping the meat off. In both cases you are left with a nutritious broth to drink on its own or add to soups, braises, or curries, as well as the chicken meat, which you can use to whip up a healthy meal.

You’ve got quality protein mixed with good fats and fibrous veggies, and you can have it on the table in less than 15 minutes. You can’t argue with that! 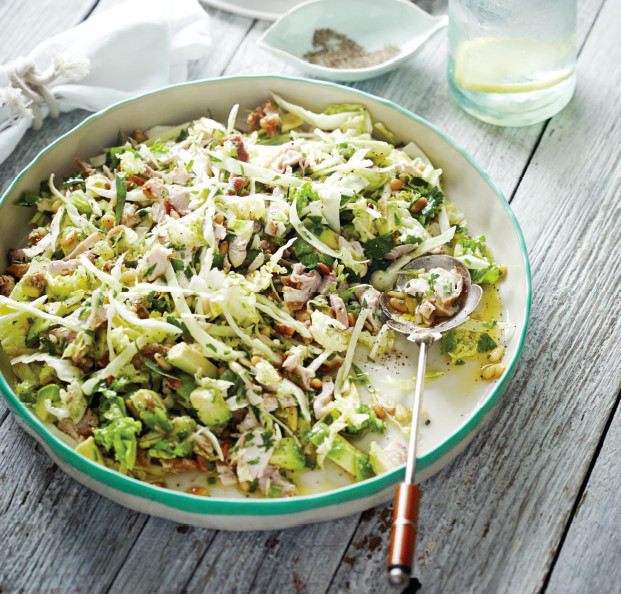 Mash the avocado to a creamy and slightly chunky texture in a bowl, then add the cabbage, roast chicken, olive oil, and lemon juice and give everything a good toss so the avocado dresses the salad nicely.

Season with salt and pepper.

Arrange the salad on a platter and sprinkle the pine nuts over the top.

Dr Joseph Mercola is a passionate advocate of natural medicine. He is a wellness champion and a visionary, who has succeeded in implementing much needed changes to our current healthcare system. He is also a New York Times Continue reading