All it takes is the Beatles! 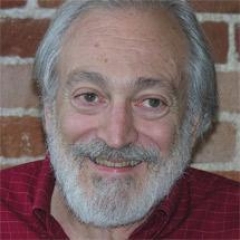 Although I knew almost nothing about it at the time, the movement that had grown up around Maharishi Mahesh Yogi was already international in scope. After thirteen years with his spiritual master followed by two years of seclusion in the “Valley of Saints” in the Himalayas, he had traversed the globe each year, starting in 1957, opening centers throughout Asia, Africa, Europe, and the Americas, and the technique of Transcendental Meditation that he taught was becoming increasingly well known. But in the summer of 1967, something was to happen that would change the course of history, for myself as well as millions of others.

I was in New York that summer, working for my uncles’ hardware company, installing fences throughout the city as a helper with their work crews. One muggy August afternoon after work, when I returned to the apartment I was sharing, I picked up the newspaper, and on the front page was a photograph of Maharishi with the phenomenally popular musical group, The Beatles. When I took one look at that picture, I said aloud, “My God, it’s all going to change!”

And it did. The TM movement had been, up to that point, a small and intimate thing. Those who were involved in it pretty much all knew one another, and when Maharishi came to town, they could spend some time with him. But with the advent of the Beatles, suddenly thousands, and then tens of thousands and hundreds of thousands of young people became interested, and lines formed outside TM centers on weekends to learn the practice.

When I moved to Los Angeles that autumn to continue my education, I began to write my book. I created a questionnaire asking people about their experiences with TM, which I placed in centers where TM was taught, and a surprising number of responses began to roll in. All were enthusiastic, and many were quite detailed in describing the wonderful experiences people were having and the changes and virtual transformations in their relationships, performance at school and work, health, and happiness. I felt, from my own experience, the benefits of meditation, but these responses encouraged me to pursue the rather fantastical idea of creating a book.

I read whatever I could get hold of, which was very little—only Maharishi’s two works, Science of Being and Art of Living, and his newly published Translation and Commentary on the Bhagavad Gita. Not one of the hundreds of scientific research studies that have come out since then had been published. Most of the material in the first draft of the book was created from my reading of Maharishi’s books, from the replies to my questionnaire and follow-up interviews with some of the respondents, and the tremendous inspiration and knowledge I gained by attending every lecture given by Jerry Jarvis, the national director of the TM movement.

In the summer of 1968, I attended a program in Squaw Valley, California, 6,000 feet high in the Sierra Nevadas, conducted by Maharishi as the first phase in training teachers of TM. About 750 people were in attendance. I brought with me the fledgling manuscript I was working on, with the desire to give it to him to look at. I soon discovered that he rarely read anything himself, but would reserve the transmission of information for a relationship with his students. Someone would read to him, and he would comment. Others would listen and learn from these interactions.

So, my desire transmuted to an attempt to read some or all of my book to Maharishi. I tried to arrange a meeting through his secretaries and assistants, but somehow it never happened. On the final night of the course, I stayed up until the wee hours of the morning (as Maharishi did every night), and at somewhere between three and four o’clock, when he finished his last meeting in the lecture hall and was walking through the dining room toward his own quarters, followed by a train of people trying to get close enough to ask questions as he made his way among the tables and chairs, I stood directly in front of him with my manuscript and boldly said, “Maharishi, I’m writing a book about TM.”

He stopped—as he had nowhere else to go—and replied, “Very good!” Then he added, “What is your profession?”

“What is your course of study?”

“Then you must include a good chapter about religion!”

“May I show you some of the book?” I asked him.

“When it’s finished. Meanwhile, you can speak to Jerry about it.”

And that was the extent of the meeting. But I felt inspired by Maharishi’s interest, and was excited about the prospect of sharing it with him and seeking his blessing for it when it was complete.

Jack Forem met Maharishi Mahesh Yogi and learned Transcendental Meditation in late 1966. After studying with Maharishi in India in 1970, Forem served as head of the TM center in New York and on Maharishi’s International Staff. Continue reading