Three steps to a new you. 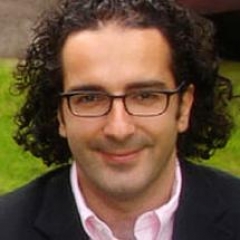 The brain has an overarching influence on all bodily actions and processes. From the regulation of the body’s internal environment, to physical actions such as walking, talking, eating and drinking, the brain acts as central HQ. In recent years there has been growing recognition that our thoughts can have a profound influence on how our body functions. Certain emotions, for example aggression and hostility, have been linked with negative effects on the body, including an increased risk of heart disease and impairment of the immune system. But there’s another side to this: certain beliefs and thought processes may positively affect health and well-being.

One of the most startling examples of the power of the mind to influence health is the placebo response. For example, give individuals in pain a dummy pill (placebo) but tell them it’s a painkiller, and a third or more of them will get significant pain-relief from it. The same is true for depressed individuals given dummy pills dressed up as antidepressants. Clearly, the mind has the capacity to induce considerable self-healing – if the mental conditions are right.

Could the same be true for, say, weight loss or fitness? Could a change in thinking have benefits here?

This was the question that was essentially posed in a study published in 2007. In this piece of research, 84 hotel chambermaids were split into two groups. One group was told that their work constituted good exercise and satisfied the official recommendations for maintaining health and fitness. To reinforce this message, the group was given examples of how their work-related activity supposedly constituted decent exercise. The other group, on the other hand, were told nothing.

The women were monitored over a four-week period, during which activity levels stayed the same in the two groups. However, the group who had been told their work constituted good exercise believed they were getting more exercise than before. And, compared to the other group, these women saw a reduction in blood pressure, weight, body fat percentage and waist-to-hip ratio. It seems that these women saw significant improvement in their weight and health, just because they thought they were doing something healthy.

This study shows that the placebo response can be powerful enough to change objective body measurements including weight and levels of body fat.

Can we use this to our advantage? You bet. Here are some simple mental exercises designed to harness the power of the placebo response, and get you in the best frame of mind for fat loss and improved fitness success.

There’s an old adage: ‘What you resist, persists.’ The idea here is that if you tend to focus on the things in your life that you don’t want, then the very act of focusing on them causes them to perpetuate. One quick way to get around this problem is to change your mental tack. Instead of concentrating on, say, not being overweight, put your energy into being slim. Sounds the same? It’s not. Essentially, motivation tends to be stronger if we are moving towards something positive rather than attempting to move away from something negative.

So, instead of getting locked into focusing on those physical attributes that you are not happy with, keep in mind the size and shape of the body you really want to have. If it’s a trimmer waist and a more muscular upper body you want, then that’s the image to keep in mind as you go through the process of change. If you’re looking to be fitter and healthier, then hold that as your ultimate goal.

One thing that can help here is to have real images around you that represent the benefits you’re aiming for, such a picture of you when you were in better shape, or even pictures of others (e.g. athletes, sportspeople) you find inspirational. Have a very clear picture in your mind of how you want the new and improved version of you to look.

Once you have this, it’s time to move on to the next stage.

Now that you have a positive image of the person you want to be, get excited about it. How would you feel if you were slim and healthy now? Plug into your new vision of yourself with all your senses, just as if you were that person right here, right now. Imagine how you would think and feel as this improved version of you.

Once you can truly see and feel this transformed image of you, it’s time to take action.

The final step to manifesting the changes you desire is to do something about them. Behave in a way that is in accordance with the person you see and feel. As much as possible, act in a manner you would expect this transformed image of you to behave. Eat the health-giving foods the “new” you eats. Be active and exercise just as you would if you were already in great shape. Do anything and everything that is representative of the person you aspire to be. Thinking and acting positively regarding your body can be a powerful force for change.

Dr. John Briffa is a prize-winning graduate of the University College of London School of Medicine. He lectures internationally to corporations, members of the public and health professionals, and is a regular guest on TV and radio. Continue reading

Cleansing is not just about the physical self—it’s

Manifesting a Soul Mate With ThetaHealing®

If you are going to manifest a soul mate, first of

Last month I wrote about 5 possible causes of canc

Make Peace With Your Past Lives To Let Go Of Fear

I have found the Akashic Records to be ideal for r

Be Calm and Centered

Getting in touch with the treasures within you is