Think Yourself Thin with The Placebo Diet

Think Yourself Thin with The Placebo Diet

Janet Thomson reveals the secret to weight loss - and it's in the head, not the mouth!

For years, I have been working with people to help them change how they think about what, when and how much they eat and I have always believed the solutions lie in the head and not in the mouth!

I have had to deal with all the fads, gimmicks and promises made by so many diets – high this, low that, etc. But I now have the technical material to answer many previously unexplained questions about why people overeat, so I can give you a complete guide to changing how you think in order to change your body. 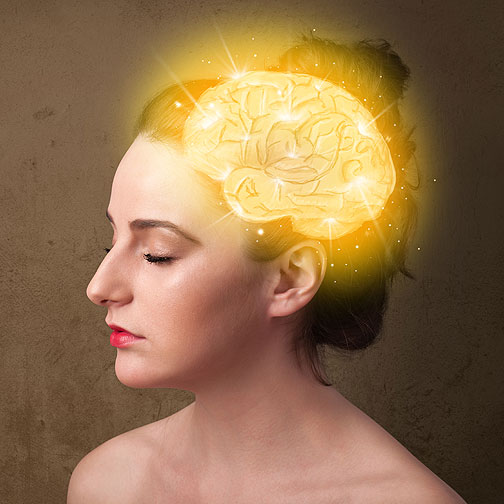 Thoughts change your chemistry – emotionally and physically. They can literally change the cell environment so that it heals and repairs – or so that it fails and dies. You get to choose – that’s what free will is all about.

I don’t like the word ‘willpower’. People talk about it as if it’s a ‘thing’. You must have heard someone say something like, ‘Over Christmas, I just lost my willpower and gained three kilos!’ Well, I have news for you – willpower is not a thing. It’s not like your car keys, which you put down somewhere and then can’t remember where you put them. We have free will, which means we have the ability to choose our thoughts and behaviours. That is never, ever lost.

I’ve heard many failed dieters blame their lack of success on their lack of willpower – as if it was nothing to do with them! That’s a cop-out based on denial and deletion of fact. Whether you succeed or not is entirely down to the choices you make – you can’t blame anyone or anything else. You and you alone are responsible no matter who you live with, where you work or live. It’s your body and it’s your sole responsibility to look after it. Try not to prioritize someone else’s wants or preferences over your right to be healthy.

To generate new ‘brain juice’, you must generate new thoughts. You must become a thought chemist. Just as a chemist blends different substances together to create a beautiful new perfume, you must now begin to experiment with new thoughts – and blends of ideas and beliefs – that will give you a definite sense of purpose, and a genuine faith in the fact that you will achieve your physical goals. Not can – will!

Faith is an essential ingredient in the process of permanent change. I am not talking about a religious faith; I am talking about faith as being a level of knowing, much deeper than belief. Dictionary definitions of faith include: ‘Confident belief in the truth, value or trustworthiness of a person, idea or thing’ and ‘Belief that does not rest on logical proof or material evidence.’

When I think of faith, I’m reminded of a scene in one of the Indiana Jones movies where our hero has to reach a cup containing the magic potion necessary to save his father. He can see it across a great divide between the rocks and he has a ‘clue’ that requires him to ‘Step out in faith and the path will appear’. He takes this literally and, as he steps out in complete faith across the chasm, a bridge appears beneath his feet and takes him across the divide. This is the kind of faith you must develop in your own ability to achieve your goal.

You must step out and allow the bridge to appear – you might be surprised by how brave you are! Your new bridge will be made of thoughts that are supported by strong, positive associations.

To develop faith you must first create a clear and definite image of you having achieved your goal. You must manifest this image every day until you can see it clearly in your mind. Please don’t tell me you can’t do this! You might not be able to at the first attempt – Morris Goodman didn’t take his first unaided breath at the first attempt either, but he kept going until he got what he wanted!

Every time you find yourself saying, ‘I can’t’, you need to tell yourself to ‘shut the hell up!’ ‘I can’t’ is a pathetic phrase when you think about it: now you really know the power of thought, use what you have learnt to get what you want.

Create a strong image of yourself as slim and healthy, and as already having achieved your goal. Generate this image first thing in the morning, as soon as you wake up.

Make this ‘you’ the first person you say hello to everyday. Visualize ‘you’ throughout the day. See a successful ‘you’ popping up here and there regularly, and saying hello. As mentioned previously when we were learning about the significance of brain waves, you must also focus on this image last thing at night, before you go to sleep.

It is important when visualizing that you see ‘you’ when you have already changed and are reaping the benefits. In this way you store future information in your past. This makes future choices more recognizable because you’ve seen them before. Things that are recognizable are easier to notice. Have you ever brought a particular make or colour of car, and then suddenly begun to see them everywhere?

This isn’t because suddenly everyone had the same idea as you, but simply that the cars are easier to notice because you have brought them into your conscious awareness. 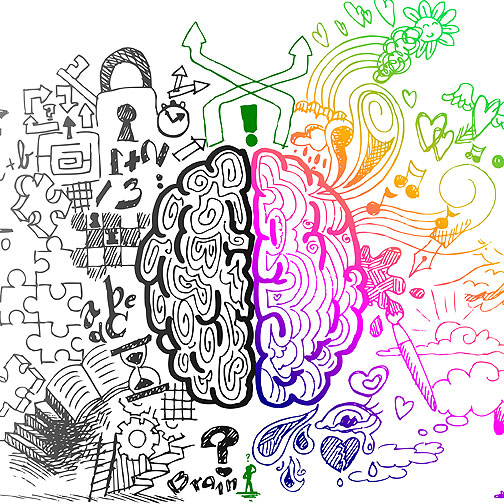 Have you ever seen a movie that was so scary that you couldn’t get it out of your mind, or a book that contained descriptions or images that actually caused your heart to race? Perhaps you started to sweat or to breathe more heavily? How does this happen? You know consciously it’s all make-believe, that none of it is real, don’t you?

The answer is that you imagine yourself being in that situation and how you would feel, and at that moment it becomes a ‘real’ experience.

In 1975, a movie came out about a shark that was killing people who were swimming just off the beach. The shark used for filming was made of plastic and rubber – in fact, for most of the shots they didn’t even use a full shark model, just the front half because that was all that was in view – and the blood was just sticky, coloured liquid, and yet Jaws instilled so much fear in viewers that some left the cinema shaking and could never go in the sea again.

In their imaginations, it was them in the sea, with a real shark, and it terrified them. Even a snippet of the famous soundtrack is still enough to make some people shudder with genuine fear. Such is the power of the imagination – it changes our ‘brain juice’.

This is good news, though, because it shows us that we can use our imaginations to create an alternative reality, and when we convince our unconscious of this new reality, it literally changes our behaviours to match it.

I’m sure you have heard the term ‘self-fulfilling prophecy’. This is when people talk about something so much that it actually happens. Usually this refers to a negative state, when people keep talking about and visualizing how they are not going to pass that driving test, not going to do well at that job interview or how their relationship will end... and then when these things happen, they act surprised, but still manage to say, ‘I knew that would happen’ or ‘I saw that one coming!’

For many of these people, the only reason these things happened was because they were directing their unconscious to make it happen.

You don’t have to sit and close your eyes to visualize a new outcome. Positive daydreaming is just as effective when you are awake and active. The technical term is ‘positive hallucination’. Many people are highly skilled at negative hallucination, and can clearly ‘see’ what is likely to go wrong in a given situation.

Your brain will create your future either based on past assumptions and associations, or new ones. If you want to keep what you have already got, don’t change. If you want something different, you must first see yourself achieving it and in doing so, create the neurological pathways that make it inevitable.

Editor's note: The Placebo Diet by Janet Thomson will be published on February 2nd 2016 by Hay House. Read an extract of the book below:

Janet Thomson is an outstanding life coach with 20 years experience working with clients on an individual basis and in groups and seminars. With a Masters in Nutrition and Exercise Science and full training in Neuro Linguistic Programming (NLP), she Continue reading