This Is the Moment!

This Is the Moment!

In gratitude for all who made a difference. 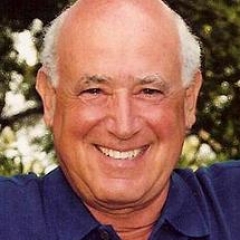 My mother had two bouts with breast cancer, the first when I was just 9; and my father had a heart attack when I was 11 that he survived, but subsequently had a fatal one when I was 17. These were lessons that awakened me to how short and precious life can be. What a bittersweet gift.

As an adult, I became fascinated with learning about life from studying death, and I’m still drawn to books on these subjects. Among those that got me thinking about my gratitude journey are: Mitch Albom’s Tuesdays with Morrie, which I read several years ago; and, more recently, Randy Pausch’s The Last Lecture and Eugene O’Kelly’s Chasing Daylight.

An imperative to express unsaid thoughts and feelings before time ran out was a common thread in all three books. In the case of Tuesdays with Morrie, the title character was aged and in poor health; in the other two, the authors were far younger but had received diagnoses that left them facing impending death. These books drove home the point that when time gets short, conversations become real, and messages that we want to leave to those we care about—be they our spouse, children, family, friends, or colleagues—take on critical importance. So it occurred to me that if these conversations are so crucial at the end, why not have them earlier? Why not have them now?

Another thing that affected me related to this subject was the sudden death of NBC political commentator Tim Russert. Only 58 years old and clearly respected in his profession, he received tributes from presidents and politicians, colleagues and comedians, and even rock stars. His death was so fast and unexpected that those who were greatly indebted to him and loved him for all he’d done were cheated out of being able to tell him what he’d meant to them. What a shame that the impact of the extraordinary tributes at his funeral was offset by the awareness that he would never hear the difference he’d made in so many people’s lives.

I’m not suggesting that Tim Russert had such a powerful ego that he needed to hear all of these tributes, but I do believe that most of us receive value from acknowledgment by others. In fact, I’ve long been conscious of the power of gratitude. I’ve also had a commitment to leading a meaningful life and an appreciation of the central role that relationships have played in creating that meaning.

My hope was that by the end of my yearlong journey, the people who were so special to me would be aware of why I loved them and why I so appreciated them.

Walter Green was Chairman of the Board and CEO of Harrison Conference Services for 25 years, during which time it became the leading executive conference center management company in the U.S. He was an active member of the Young President’s Organizat Continue reading