A vision worth remembering. 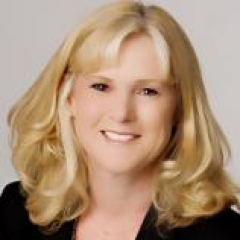 Indigo Russell is 17 and all alone with her sometimes frightening visions of the future. She thinks she wants to be just like the other “normal” girls in her high school class, but does she?

I’d been sitting in English class, at the back of the room, of course. It was “hockey jersey day” at school, and the most of the kids were wearing some sort of loud hockey jersey with a huge logo on the front and the number and name of their favorite hero on the back. It all felt so conformist, and I hated it. I refused to play the part and wear a stupid jersey. As I sat there brooding, slouching, and doodling, a waft of fresh soap and some type of musky, masculine woody aftershave combined with the familiar smell of cigarette smoke hit my nostrils. My body tensed and my stomach flipped and my breathing picked up speed and then . . . he passed by my desk. I tried hard not to stare.

I’d never seen him before. He had to be new to our school. I swear my heart stopped beating for a second. He wore jeans and a nondescript gray hoodie and . . . no jersey. His flip-flops slapped the floor, and his frayed jeans dragged along the tiles. Nobody wore flip-flops to school. Talk about not conforming. He sat in the desk kitty-corner to me.

Who was this guy?

My throat dried up, and sweat started beading on my upper lip. I slid deeper into my seat and lowered my head, letting my hair hang in front of my eyes, just so I could catch a glimpse of him without him knowing I was staring. Right away I was drawn to his strong, chiseled looks, his square jaw, straight posture, and wide shoulders. No way did he look like a jock, though. He was lean, almost skinny, but he had this strong, long look. And he had this unruly thick, dark, curly hair that was so incredibly cool because it was wild and unkempt and yet still all in the right place. I continued doodling, my pen ripping right through my paper I pressed so hard. Why was I still staring at him? This was crazy, insane, and totally stupid. But he was intriguing, because I just knew he wasn’t a conformist and that he was different, like me, perhaps. The teacher started talking, droning on and on, and I didn’t hear one word until a question was posed to the class about the book we were supposed to be reading and he put up his hand.

I sat up in my desk, holding my breath, waiting to hear his voice, wondering what it would sound like, what he was going to say. His low, smooth, almost syrupy voice spoke words that were clear and concise, and he reeled off an answer that shocked me, because he sounded like he was a professor and not a student. The teacher nodded his head.

“Excellent answer. And your name is?”

I’d never heard any other student talk so intelligently before, and I’d definitely never met anyone who was as mystifying. Right then and there, I decided I was going to do everything I could to get to know him. I had to.

Later that week, Lacey and I were together in my room, and I said, “I want to change my guy in our book.”

I nodded. Unable to speak.

Lacey looked at me wide-eyed and laughed. Then she said, “Indie, he’s trouble. You know he got kicked out of his last school.”

“He hardly talks to anyone. No one knows who he is. Plus, he’s got the worst name ever. I mean, honestly, John Smith? It sounds like John Doe. Bor-ing.”

“He’s not boring, Lacey.” I hugged my knees to my chest. “Not even close. His name may be plain, but he’s so mysterious. He’s aloof, and it’s like something I just can’t describe surrounds him and makes him deep and dark, and . . . I want to know him.” The last part of my sentence came out in a breathy whisper.

“But you just said that you don’t even know him.” I rested my chin on my knees and smiled. “And that’s why I like him.” Then I grabbed a black marker, scratched out Dale, and wrote in huge letters the word John.

Lorna Schultz Nicholson is a full-time writer who has published over 20 award-winning books, including Roughing! and Northern Star. Her nonfiction book, Home Ice, was on the Globe and Mail bestseller list for ma Continue reading

Cleansing is not just about the physical self—it’s

Manifesting a Soul Mate With ThetaHealing®

If you are going to manifest a soul mate, first of

Last month I wrote about 5 possible causes of canc

Make Peace With Your Past Lives To Let Go Of Fear

I have found the Akashic Records to be ideal for r

Be Calm and Centered

Getting in touch with the treasures within you is