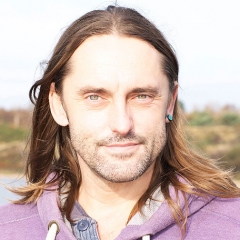 Editor’s note: the following is an introduction to the concepts explored in The Archangel Guide to Ascension by Diana Cooper and Tim Whild, a book in which the authors explain how to ascend your frequency to the fifth dimension and offer clear steps to accelerate your journey to the light. Tim Whild is a channeller and reincarnated Atlantean living in Dorset, England.

20,000 years ago, our planet established itself as a learning plane for the physical existence that we know today. We started our life in physical bodies living on a Continent called Atlantis.

Fantastic though it may seem, this land mass was to herald for the first human life on Earth as we know it.

Prior to that, the souls that lived here, existed in high energy, non-physical bodies in a period known as the Lemurian Era. 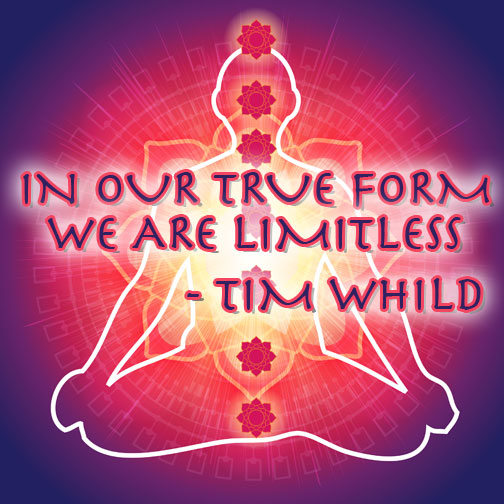 At the end of Lemuria, an illuminated body of Ascended Masters and Archangels known as the Intergalactic Council, decided to run an experiment on Earth.

This experiment was to involve the collective soul groups of 144 Monads, each containing 144 Soul Extensions. Each of these souls extensions sent sent 144 of their aspects to our planet to start living physical life here. And so Atlantis began, starting from scratch, with beings from all over the Galaxy and Cosmos  living together.

This experiment grew and flourished.

Life became fantastically advanced, discovering technology that we can only dream of in this day and age.

Spiritual connections reached a peak, but also as this is Earth and a plane of duality, so did darkness and selfish behaviour.

This cycle of light and dark, positive and negative, rose and fell on Atlantis five times in total.

Each time the situation became out of hand, the Intergalactic Council scrapped the experiment, and Atlantis sunk beneath the waves to rise again as a clean, fresh sheet.

25,000 years ago, in the fifth and final experiment of Atlantis, the High Priests and Priestesses that oversaw the spiritual progression of the continent achieved energetic Nirvana.

They created an environment that was utterly in harmony with spirit, Source and nature. Ascension was an everyday occurance.

So high and beautiful was their way of life, that the souls living there shared tangible contact with the angelic realm. A realm that vibrates at a much higher frequency to our own current one.

This continued for 1500 years, setting the first template for human beings existing in physical, and totally in touch with source love.

They had powers and abilities that today would be considered godlike, and they were used for the wellbeing of everyone who lived there.

After a while, this peak began to falter, as the advancement in technology began again to inspire greed and division in some select souls.

Humanity, although living as aspects of God, still had to explore the lower side of their personalities that were available in the dimensional space that Earth exists in.

Fear and division set in again. Atlantis sank for the fifth and final time, and Earth was plunged into the dark age that has been recorded extensively in the annals of our history.

A short while ago, a decision was made to end this, as the overall consensus was that humans had explored this side of third dimensional reality for long enough.

In 1987, a deluge of light hit our planet, starting a mass wakeup process for all living here. This was called the Harmonic Convergence.

Since that date, the frequency has continue to rise, and on the date of 21/12/12, the Atlantis experiment concluded forever.

Humanity is now ready to rise into its true role, dropping the illusion of limitation, and becoming a planet of living breathing gods once again.

In our true form, we are limitless.

We have the ability to create our own reality, live as our Higher Selves, and perform acts of pure love with every waking breath.

All we have to do is remember this.

As we progress through the next 20 years, this will become very apparent.

Life will cease to be filled with fear, division, poverty and selfishness.

Instead, it will be replaced by a loving, grateful planet of souls, willing to learn and share with each other. The lessons presented to us in Atlantis have been well learned, and every day grows brighter.

The Archangel Guide to Ascension by Diana Cooper and Tim Whild will be released by Hay House on Monday 2 March 2015. For more from Tim, visit his website http://www.sunofatlantis.com/.

Tim Whild is an ascension and Lightbody expert, who has been working closely with the evolvement of Earth for most of his life. Tim was a High Priest in the eras of Atlantis and Ancient Egypt, and is using his collective memories to bring th Continue reading

This Vibrational Reality is spinning and becoming,

Who Says You’re Too Busy to Vacation?

Summer is in full glory right now here in Chicago

In 2007, having been reading A Course in Miracles

10 Allergy Triggers Hiding In Your Home

Fifty years ago, 1 in 30 people suffered from alle

Living in the present moment is difficult enough.

Find The Key To Freedom And Start Living More Today

Whatever circumstances we are born into, wherever