Meet the amazing new YOU. 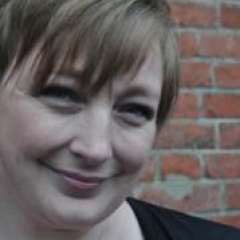 Standing outside the doctor’s office, declared well enough to be discharged for six months, the cancer patient probably feels in worse physical shape than they have in a very long while.

When I set out to start thriving after cancer, what I wanted to do, more than anything else, was to become “myself” again. I didn’t recognize my body, which had got bigger, and couldn’t breath easily, and ached in places that had never thought to ache or give trouble before. I had days when I felt ludicrously, crazily glad to be alive: others when all I wanted was to be left alone to lick my wounds. (Metaphorically speaking. My tongue isn’t that long.)  I felt differently about my career, the place that I lived, the ways that I spent my time. My relationships were stronger, without a doubt, but also changed by the ways I had been forced to change when I couldn’t do all of the things I had been so used to doing.

It took me a while to work out that what I needed to do now was not to get back to the old me, but rather go forward to meet the me that had been remade by my dance with cancer. The medical profession had done its part to make me well: I had to do the rest.

So I did. Slowly, gently, I learned that slowly and gently was the way to move on, because every time I tried fast and furious I ended up as a weeping mess. Reflectively, gratefully, I recorded my feelings and changed my thinking to allow me to take a few more steps forward. I spent my time carefully, I loved and thanked my struggling body. I walked a long, slow path and that path taught me that every day was worth looking after and enjoying, for itself, not because of where it was taking me. I came to understand that wellness after cancer was much more than a sign-off from a doctor. It was something I could take responsibility for. And that acknowledgement - that it wasn’t up to the medical team to make me feel completely well again, it was up to me - was also an important part of recovery.

Surviving cancer is what, if we are lucky, we do; thriving after cancer is what we feel the need for, more deeply than we feel the spaces in breast or bowel where the tumor was cut from. But there is a distance between survival and thriving, and the journey between the two isn’t a simple one. The path is not straight. It may not be short. But it is worth taking.

As one of only 40 Master Trainers in de Bono thinking methods worldwide, only a handful of whom are in the UK, Stephanie Butland is an expert in thinking skills and creativity. She is an active blogger and fundraiser, and uses her unique skills to of Continue reading