Tips For Dealing with Difficult In-Laws

Tips For Dealing with Difficult In-Laws

Advice For When You're Not Getting Along 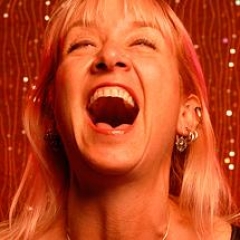 Everyone experiences some degree of one of three relationship dynamics: attraction, repulsion, and neutrality. In purely scientific terms, this is true for any two objects.

In pharmacology, for example, a drug that can combine with a cell’s receptor to produce some physiologic reaction is called an agonist. A drug that blocks or reverses the effect of the agonist is an antagonist. Often, the same substance can be either an agonist or an antagonist, depending on the dose. The hormone pregnenolone, for example, is a sedative at low doses. At high doses, it causes agitation and a racing heartbeat.

Similarly, someone you seldom see and hardly know may be perfectly pleasant in small doses. However, if they become your other-in-law and you are expected to interact with them on a regular basis, they may become a stress-producing antagonist.

How do we establish appropriate boundaries with less-than-appealing others-in-law without damaging our primary relationship? What is an appropriate relationship with any other-in-law?

It's Not Your Fault If You Don't Get Along

This discussion is not meant to predict, affirm, or presuppose that you won’t find yourself enveloped into a supportive and loving new family or constellation of friends. But when you do not get along with one or more of your others-in-law, you often feel the same way you do when you find yourself in a less-than-fulfilling sexual relationship, i.e., that you are somehow wrong, at fault, broken, different, and/or alone in your feelings. However, as any support group for members of dysfunctional stepfamilies will tell you, this problem is exceedingly common.

An Example of Practicing Acceptance

Practicing Radical Acceptance—which simply means accepting things as they are with no expectation of change—can be challenging when dealing with others-in-law, but it’s certainly possible, as my friend Ellie’s story proves. Ellie disliked her daughter Sara’s new boyfriend, Ted, instantly. As she described it, “I hated him—just hated him.” Ted was very upset that Ellie didn’t like him. He tried everything to make a good impression on her. This in fact, was the problem. He was trying far too hard. Ellie never had an opportunity to see Ted’s true self. Sara tried to point this out to Ted. She suggested he stop working so hard and just be himself. Ted could not seem to do this, so nothing changed. Ted remained upset; Ellie didn’t want to have anything to do with him.

It was Sara who first began to practice radical acceptance. She did not try to convince Ellie that Ted was a wonderful guy. After her initial suggestion to Ted that he just be himself, she didn’t try to persuade him to do anything differently. She told each of them “I love Ted and I love my mom. How you two feel about each other will not change my love for either of you.”

And then Sara did nothing but show both her boyfriend and her mom that she loved them both deeply. She did not try to persuade Ellie that she was wrong about Ted, nor did she concoct situations to force them to spend time together. She just loved them both and got on with her life. For a while nothing substantial changed between Ted and Ellie, but with no pressure from Sara, both of them began to relax a bit. They could at least accept each other’s presence in Sara’s life.

One day Ellie got very sick. She called Sara’s house and Ted answered. He told Ellie that Sara was several hours away on business. Did she want him to come over? “No,” she said. “I’ll be fine. Just tell her I called.” When Sara arrived home three hours later Ted greeted her at the door with a packed suitcase. “Your mother called,” he said. “She needs you. Get back in the car. Here’s your bag. There are enough clothes in it for a few days. Call me if there is anything I can do.”

That one gesture changed everything. When Sara got to Ellie’s house and told her what had happened, Ellie saw her first glimpse of who Ted was, rather than who he was trying to be. Beginning with that moment, their relationship grew and deepened. Today they genuinely love each other.

In difficult other-in-law situations, radical acceptance, respect for each other’s boundaries, plus a bit of patience can work wonders. When you allow the winds of change to dance between you, the universe can work miracles.